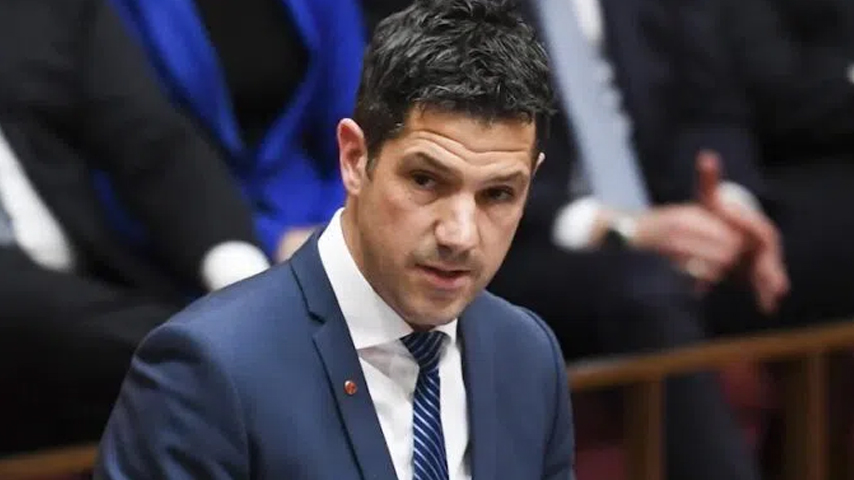 A South Australian senator stunned parliament into silence on Tuesday by lifting the curtain on the World Economic Forum’s ‘New World Order‘ agenda for humanity.

Senator Alex Antic, a member of the Liberal Party of Australia, detailed how the WEF controls global politics by installing Young Global Leaders in positions of power across the planet.

Antic quoted WEF founder Klaus Schwab himself, who infamously bragged about installing puppet Young Global Leaders in several world government cabinets, saying, “We penetrate the cabinets… I know that half of this cabinet or even more than half are actually Young Global Leaders of the WEF.”

“However, closer inspection reveals the WEF is an anti-capitalist, anti-free market organization that seeks to subvert Western values and political processes and they’re very organized and very well-funded.”

“Their message,” he continued, “is designed to appear harmless, when in fact the ideology that underpins it is revolutionary and destructive.”

The senator for South Australia went on to explain that the WEF was instrumental in promoting the harshest Covid restrictions on the planet, “including lockdowns, mandatory vaccinations, vaccine passports and mask mandates, despite these policies assaulting many of our basic liberties.”

Antic also broke down the WEF’s central ideology of “stakeholder capitalism,” which assumes that “traditional free-market capitalism ignores the dangers posed by climate change, and so the government must enforce restrictive policies to save the environment – even if that means less wealth.”

Schwab’s “Great Reset,” Antic explained, seeks to “reimagine and reinvent” society and policies in the wake of the pandemic. He also exposed how its 2030 goal of “own nothing and be happy” is a thinly-veiled communist slogan.

“You don’t have to be a political philosopher to figure out that if you own nothing, the state owns everything. There’s another word for this: it’s called Communism.”

The senator concluded with a call to action for Australians to learn more about the WEF’s Marxist agenda before their country’s no longer recognizable.

“No matter how sophisticated the WEF tries to make the abolition of private property around the world sound, the fantasies of Karl Marx always lead to the crushing of individuals’ liberties and lives and the expansion of the state’s tyranny and power.”

“It is imperative that we pay close attention to the World Economic Forum and do all that we can to preserve liberty and reduce government intrusion in our lives, and if we fail to do so, the anti-democratic forces in the west will continue to march on and we may wake up to an Australia that we no longer recognize.”

“Australians deserve to know the extent to which the World Economic Forum’s influence and infiltration of our country, and how far it has gone and we’re gonna find out.”

With liberal propaganda reaching alarming proportions and seeping into every aspect of society, it’s more necessary than ever that elected representatives take a cue from Senator Antic and begin sounding the alarm about the WEF’s nefarious Great Reset agenda.