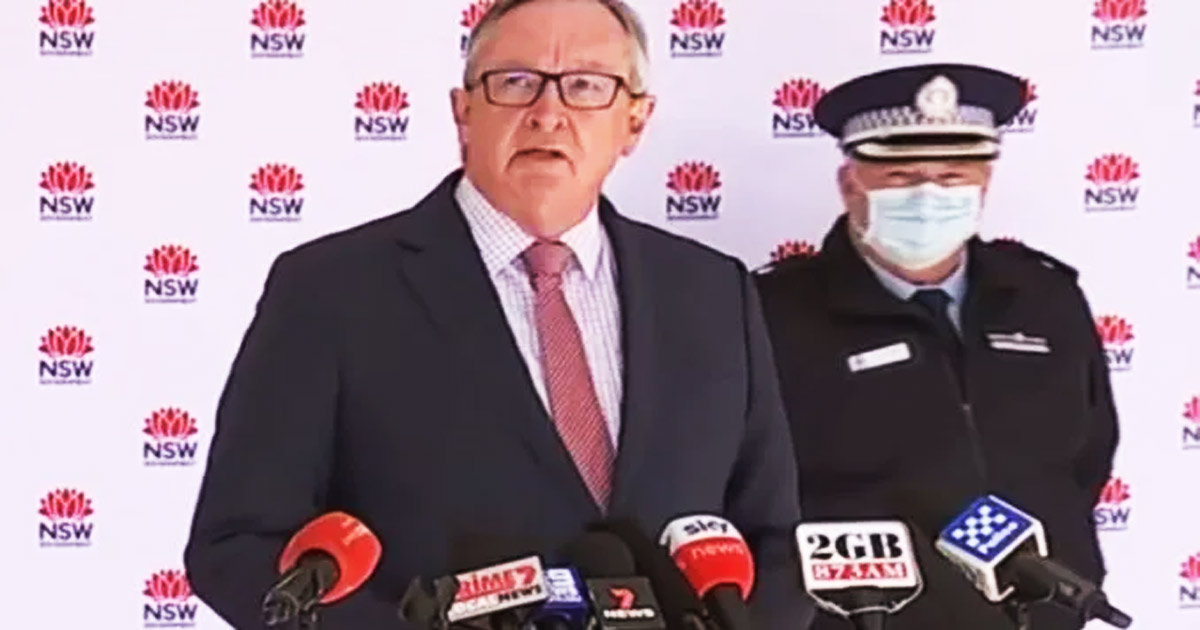 The Australian government has gone full totalitarian – they’re now coming for the children of Australian parents and openly boasting about it at press conferences.

Brad Hazzard, the Minister for Health and Medical Research of New South Wales, proudly told parents that 24,000 children will be taken into a stadium to receive the COVID-19 jab – and parents will not be allowed to attend

How long will Australian States be in lockdown for, and at what cost to children's and young people's (and to minority and disadvantaged groups' the elderly's and all adults, for that matter!) well-being? https://t.co/J8Lc84bkL8

Find the clip coming out of Australia on the plan to vax 24,000 kids in a stadium with massive police presence and no parents allowed.

Today we begin the discussion about the plan.

Australia has fallen – Minister for Health tells parents 24,000 children will be herded into stadium like cattle to get the C19 injection https://t.co/hggJQrF0ZU

Australia will be kidnapping 24,000 children to give the 💉💉

Australia! Grab your kids! They want to take your kids and pull them out of school to take over 24,000 kids to get the experimental jab! Don't let this happen. Please. pic.twitter.com/Z1yAgjxWPF

🇦🇺 This is DISGUSTING.
No parents allowed.
Just send 24,000 kids to get jabbed.

Tell them that getting jabbed is just like being an Olympic athlete!

AUSTRALIA- 24,000 children will be vaccinated in a stadium next week. No parents will be allowed access.

Australia is now going to herd 24,000 children into a stadium without parents to inject them with experimental drug ?
😳 pic.twitter.com/n7XfaqWxN5

Per The Daily Expose:

The children will be greeted by the friendly, smiling faces of Australia’s armed forces at the door to usher them inside as is evident from the following tweet posted by Australia’s Department of Defence.

When they get inside they can then look forward to a “Big Brother” style address from the New South Wales Premier Gladys Berejiklian, who will fill their heads with propaganda and lies and thank them for participating in the largest experiment ever conducted on humanity.

Then they can move on to the best part where they can watch on enviously as some of their friends suffer an immediate adverse reaction and collapse to the floor just like the three teens that collapsed at the Qudos Arena “vaccination hub” in New South Wales, Australia.

Meanwhile, their parents can look forward to being harassed by the police or the armed forces, and being issued fines for thousands of dollars if they dare to breach stay at home quarantine, lie to a contact tracer, stray over 5km from their home without a permit, and venture outdoors without partaking in actual exercise.

Related: Australia is now a disgrace to the world. Police pepper spraying children for not wearing masks