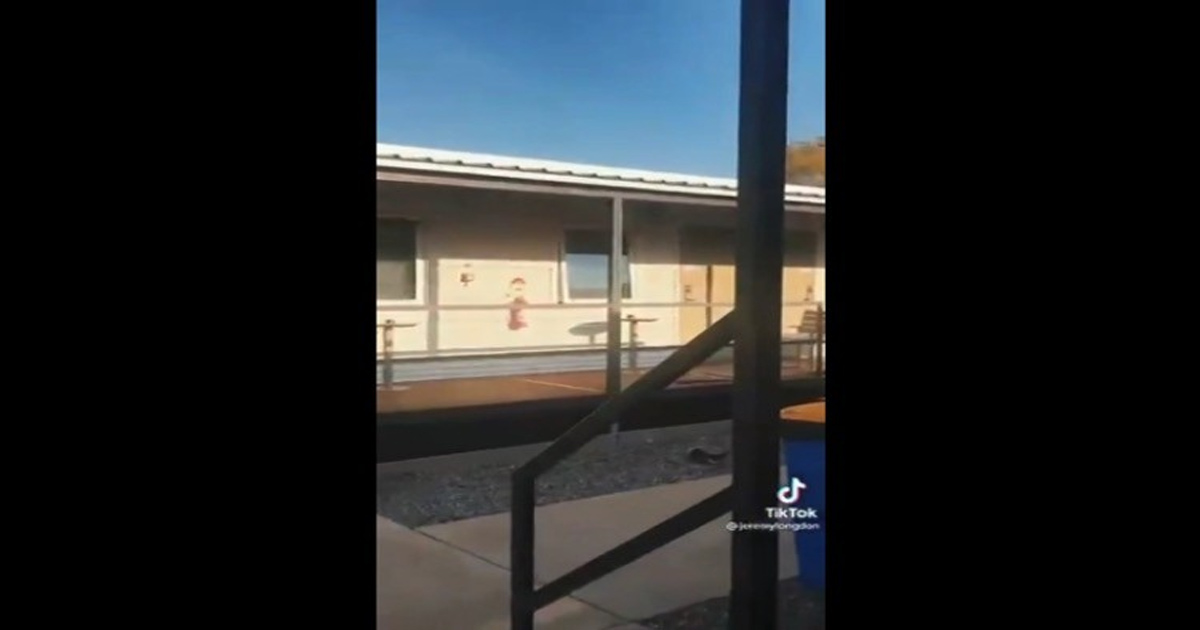 Back in February of this year, The New American reported on the opening of “COVID jails” in Germany, where repeat quarantine offenders were detained in a juvenile detention center in the state of Saxony. Modeling a similar approach as the Germans, who fenced off sections of a refugee camp and kept inmates under police guard, the government of Australia’s Northern Territory has resurrected a former mining camp — described as “a stylish, innovative and sustainable accommodation village” on the facility’s website — where people returning to the country after traveling across state lines or abroad are required to quarantine for 14 days in the now state-supervised and -sponsored facility.

Australians forced to stay — at their own expense — in the splendid bush of the Outback at the Centre for National Resilience, formerly known as the Manigurr-ma Village, are seemingly healthy people. The facility, praised on its developer’s website for its “award-winning urban design,” boasting “tropical courtyard buildings, green space corridors, landscape zones and parks,” situated on the outskirts of the city of Darwin is today anything but a comfortable respite for those looking to escape the routine of their normal, everyday lives.

Footage taken from inside the facility did not show people enjoying leisurely activities such as “swimming, cycling, beach volleyball, and indoor cricket, to improve and maintain their health and fitness,” as illustrated on the facility’s website. Instead, an inmate at the Centre described disturbing conditions, wherein he is “waiting patiently to be fed,” adhering to the state-imposed rules of quarantine. Moreover, should captives of the “village accommodations” violate the rules of quarantine, their stay could be extended another 10 days, and they could face thousands of dollars in fines.

According to the Northern Territory Government:

Individuals entering into mandatory supervised quarantine in the Northern Territory will be charged a rate of $2,500 per person or $5,000 for a family of two or more people for 14 days.

Any person found breaching quarantine regulations will be liable for fines.

A troubling TikTok video that went viral online shows Australian Jeremy Longdon at the Howard Springs facility, standing outside his room awaiting a meal to be delivered. “I’m just waiting patiently to be fed,” he said, visibly distressed. “It’s like when you shake the bag of dog treats, and the dogs come running. We’re always outside waiting.”

Using his camera phone, Longdon panned the facility property showing one-story, cabin-like structures that chillingly recall a “nicer version” of the barracks at Auschwitz for anyone who has visited the German death camp.

Longdon described a scary police presence, with cops hovering nearby, waiting to catch inmates with their masks pulled down. In the video, he explained a “tense” situation involving a woman in a “cabin” across from him, who pulled down her mask “for about five seconds” in between sips of tea. “The cops came around literally on the dot,” he said, quoting the woman who told the officer, “I’m just drinking my tea.” “Well, not now you’re not. Put your face mask on,” said the officer, according to Longdon.

The Howard Springs facility requires citizens to remain in their “allocated rooms” or “veranda space” unless given permission by an officer on duty. Inmates are not allowed to interact with others in the facility unless it is a family member also in quarantine. Upon arrival, each person receives a “resident booklet,” which states that they must remain “at least 1.5 meters away from any person in the facility,” and wear a face mask when outside the room unless authorized by an officer. Residents also must comply with any directions given by an officer and are not allowed outside the “quarantine zone” unless escorted by an officer.

According to local news reports, the quarantine camp is among the first of its kind in the Australian Commonwealth. Yet another, larger facility in the Orwellian-named area of Wellcamp, expected to hold up to 1,000 beds, is now under construction near the city of Toowoomba, in the northeastern region of Queensland.

Australia Health Minister Greg Hunt, who has led the country’s response to the coronavirus since March 2020, has allegedly deemed the Wellcamp facility “unsuitable,” yet Queensland Premier Annastacia Palaszczuk appears to have circumvented federal authorities and forged ahead with the “urgent” project.

Contracted to build at Wellcamp is a property development and investment group Wagner Corporation. According to Palaszczuk, the facility will symbolize a “commitment by the Wagner family working with the Queensland government to say to the people of Queensland, ‘we want to keep you safe,’ and the best way to keep you safe and to keep Delta out of Queensland is to build as quickly as possible a regional quarantine facility.”

“We are up against a highly infectious Delta variant that’s sweeping the world,” said Palaszczuk in a video announcement. “We don’t know what’s next. We need to get these facilities up and running and everybody has seen how successful Howard Springs is.”

Wellcamp was expected to be completed by the end of August, providing what officials in Queensland say is a much-needed reprieve for hotels in the area experiencing a surge in reservations since the mandatory quarantines began earlier this year.

According to 7News, Palaszczuk told reporters that Wellcamp would be “a great boost for our defense against the Delta virus in this country and, in fact, I believe we need regional facilities right across the country.”

“We are going to be dealing with Delta for some time, and if we want to open Australia, we want to open our states up, regional quarantine facilities are the second part of the answer — the first part of the answer is vaccines.” Such unprecedented actions by the Australian government are no doubt leading people worldwide to a very dark place, yet Australians know well not to complain, for fear of being arrested by the authorities. As writer David Hiscox wrote, “the lockdown of everybody is being transitioned into the ‘lockout’ of the unvaxxed.”

Americans have repeatedly been warned, but should the people decide not to stand against the unconstitutional vaccine and mask mandates, certainly the harassment and captivity will be coming here next.