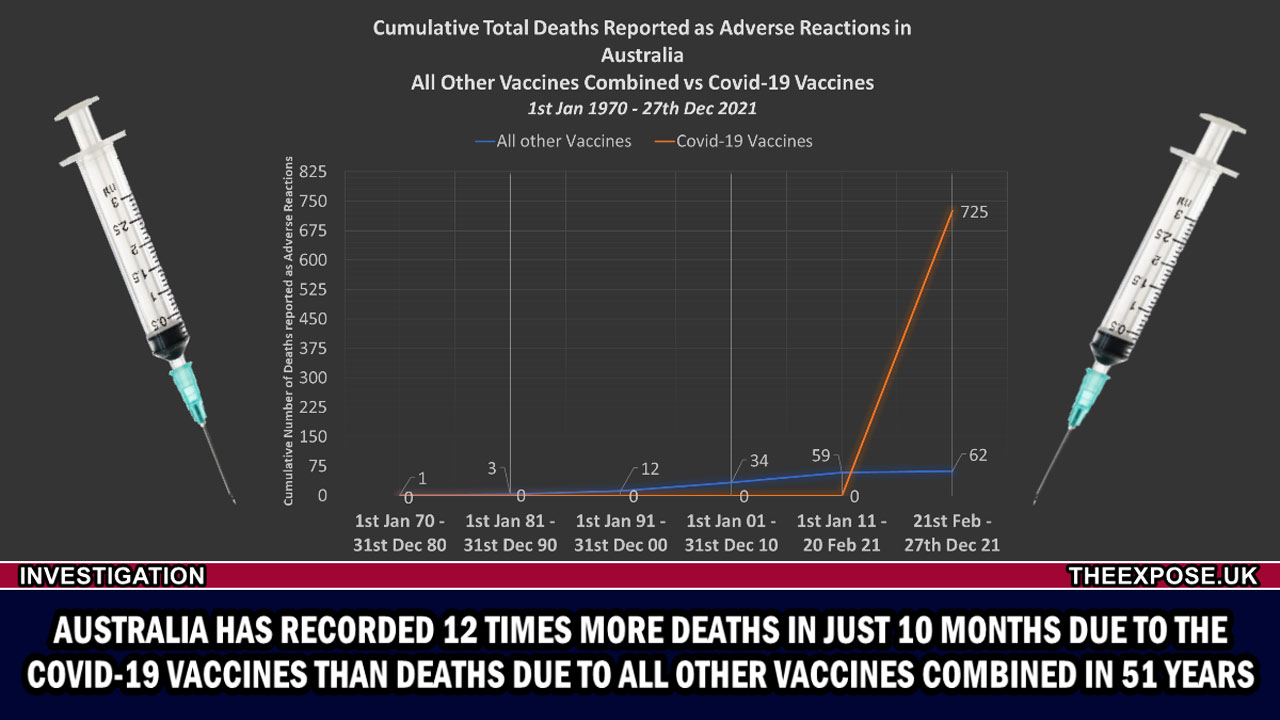 However, a Freedom of Information request made by Doctors for Covid Ethics back in February 2021 revealed that the TGA never saw the extremely limited study data for the Pfizer mRNA Covid-19 vaccine prior to granting it emergency approval and deeming it safe to be injected into the arms of Australians.

The TGA originally attempted to suppress the FOI request by requesting a 6-month extension in view of the amount of work required to respond satisfactorily. But after a complaint was made to the Office of the Information Commissioner the TGA responded confirming that they had never seen or requested the patient data from Pfizer and simply accepted Pfizer’s report of their study as fact, despite their proven history of fraudulent claims.

This includes over £26.1million in Kickbacks and Bribery offences, £870million in False Claims offences and £2.5billion in healthcare-related offences.

The TGA’s admission that they have never seen the raw trial data for the Pfizer jab prior to granting it approval, and Pfizer’s scandalous history of fraudulent claims and bribes, may go some way to explaining why the TGA have so far refused to pull the Covid-19 injections from distribution to the public, despite 8 times more adverse reactions, and 12 times more deaths being reported due to the jabs over a period of 10 months than have been reported to all other available vaccines combined since the 1st January 1971.

The TGA has a ‘Database of Adverse Event Notifications‘ that allows visitors to search adverse events reported for medicines including vaccines. The reports come from a wide range of sources, including members of the public, GPs, other health professionals and the therapeutic goods industry.

By searching the database for ‘Vaccine’ and deselecting the four available Covid-19 vaccines, with a date parameter of ‘1st January 1971 – 27th December 2021‘ the following results can be found –

Over those 51 years, there have been 128 different vaccines available to the Australian public (excluding Covid-19 vaccines), and there have been 19,545 individual reports to all 128 vaccines combined, including 62 deaths. The TGA state that they think there is a possibility that the available vaccines caused 12,638 of those reported adverse reactions.

By carrying out a new search on the database for ‘Covid-19 Vaccine‘, with a date parameter of ‘1st January 2021 – 27th November 2021’ the following results can be found –

The results show that there have been 98,017 reports made against the available Covid-19 vaccines, including 725 deaths. The TGA state that they think there is a possibility that the Covid-19 vaccines caused 96,250 of those reported adverse reactions.

According to the TGA database, the leading cause of death due to the Covid-19 vaccines has been an ‘adverse event following immunisation’. The second leading cause of death has been dyspnoea (difficulty breathing), followed by pulmonary embolism (blocked blood vessel in the lung), then cardiac arrest, and then cerebrovascular accident (stroke).

VAIDS – Every 1% fall in Covid-19 Vaccine Effectiveness is the result of a 0.5-1% fall in your Immune System capability