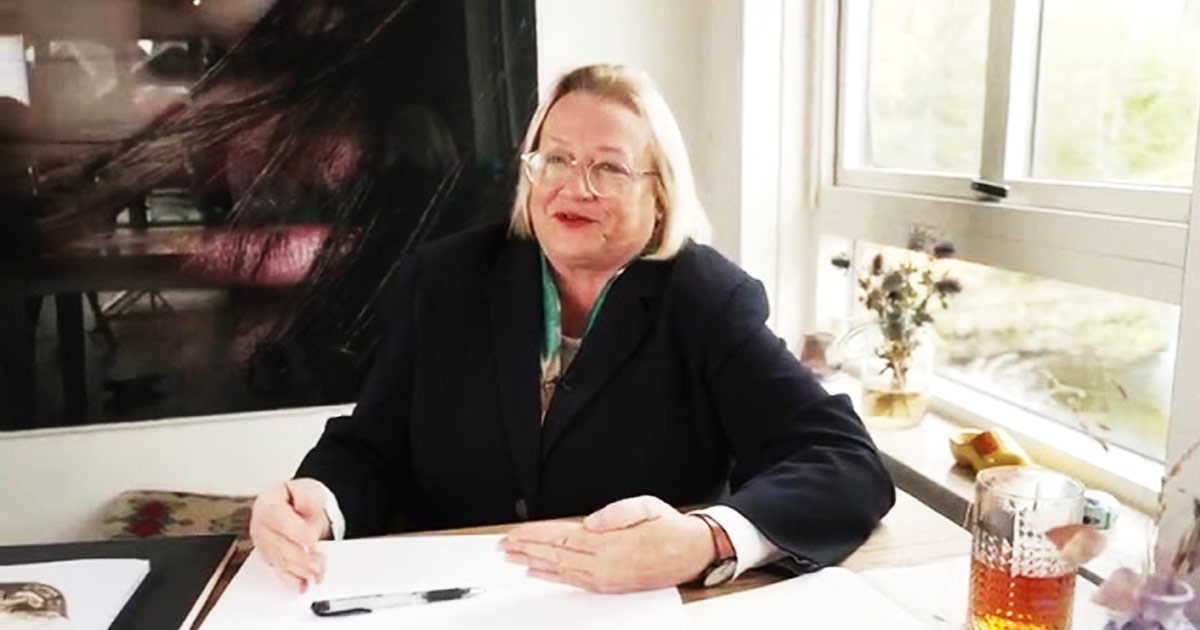 In this groundbreaking video, Catherine Austin Fitts says the most profitable business in the world is slavery, and humanity is the target. The COVID vaccines contain an operating system that will allow the Illuminati to monitor us 24/7 and turn off our bank accounts if we don’t behave.

How do you market and implement a financial system that nobody would want if they understood its full ramifications — a change so huge that it not only would mean the end of currency as we know it, but a total revision of sovereignty and individual rights?

In a YouTube video (above) and an upcoming documentary, financial guru Catherine Austin Fitts describes the complicated, “messy” plan to use the current health care crisis to engineer a total remake of world currencies and the way of life for people of the future.

Comparing the move to herding sheep to a slaughterhouse, Fitts explains how the pandemic is lining people up to depend on their governments for protection from an invisible enemy (COVID-19) and then using fear to keep people from living what once was considered a normal life.

The herd mentality includes encouraging debt entrapment to the point that people become desperate for any type of cash flow that can help them meet their day-to-day living expenses, until they willingly give up their rights in exchange for any relief offered them.

The bottom line is a slavery system of transhumanism and technocracy is being created right under the noses of the people of the world — and the current lockdowns, closing of small businesses and redefining of “normal” are all part of a planned global governance system that will end sovereignty and individual rights unless it’s stopped now.

Here is a pertinent excerpt from Catherine Austin Fitts:


“If you look at what is being created and proposed in the way of injectables, it looks to me like these technological developments are organized around several potential goals.

The first and most important goal is the replacement of the existing U.S. dollar currency system used by the general population with a digital transaction system that can be combined with digital identification and tracking. The goal is to end currencies as we know them and replace them with an embedded credit card system that can be integrated with various forms of control, potentially including mind control. “De-dollarization” is threatening the dollar global reserve system. The M1 and M2 money supply have increased in the double digits over the last year as a result of a new round of quantitative easing by the Fed.

The reason we have not entered into hyperinflation is because of the dramatic drop in money velocity occasioned by converting Covid-19 into an engineered shutdown of significant economic activity and the bankrupting of millions of small and medium-sized businesses. The managers of the dollar system are under urgent pressure to use new technology to centralize economic flows and preserve their control of the financial system.

A colleague once told me how Webster’s Dictionary came about. Webster said that the way the evildoers would change the Constitution was not by amending it but by changing the definitions.

Now I appreciate why Gates and his colleagues want to call these technologies “vaccines.” If they can persuade the body politic that injectible credit cards or injectible surveillance trackers or injectable brain-machine interface nanotechnologies are “vaccines,” then they can enjoy the protection of a century or more of legal decisions and laws that support their efforts to mandate what they want to do.

As well, they can insist that U.S. taxpayers fund, through the National Vaccine Injury Compensation Program, the damages for which they would otherwise be liable as a result of their experiments–and violations of the Nuremberg Code and numerous civil and criminal laws–on the general population.

The scheme is quite clever. Get the general population to go along with defining their new injectible high-tech concoctions as “vaccines,” and they can slip them right into the vaccine pipeline. No need to worry about the disease and death that will result from something this unnatural delivered this quickly.

The freedom from liability guaranteed by the PREP Act through the declaration of an emergency–and the ability to keep the emergency going through contact tracing–can protect them from liability for thousands if not millions of deaths and disabilities likely to follow such human experimentation. Ideally, they can just blame the deaths on a virus.

A colleague once told me how Webster’s Dictionary came about. Webster said that the way the evildoers would change the Constitution was not by amending it but by changing the definitions–a legal sneak attack.

I believe that Gates and the pharma and biotech industries are literally reaching to create a global control grid by installing digital interface components and hooking us up to Microsoft’s new $10 billion JEDI cloud at the Department of Defense as well as Amazon’s multibillion cloud contract for the CIA that is shared with all U.S. intelligence agencies.

Why do you think President Trump has the military organizing to stockpile syringes for vaccines? It is likely because the military is installing the roaming operating system for integration into their cloud. Remember–the winner in the AI superpower race is the AI system with access to the most data. Accessing your body and my body on a 24/7 basis generates a lot of data. If the Chinese do it, the Americans will want to do it, too.

In fact, the rollout of human “operating systems” may be one of the reasons why the competition around Huawei and 5G telecommunications has become so fractious. As Frank Clegg, former President of Microsoft Canada has warned us, 5G was developed by the Israelis for crowd control.

In the face of global “de-dollarization,” this is how the dollar syndicate can assert the central control it needs to maintain and extend its global reserve currency financial power. This includes protecting its leadership from the civil and criminal liability related to explosive levels of financial and health care fraud in recent decades….