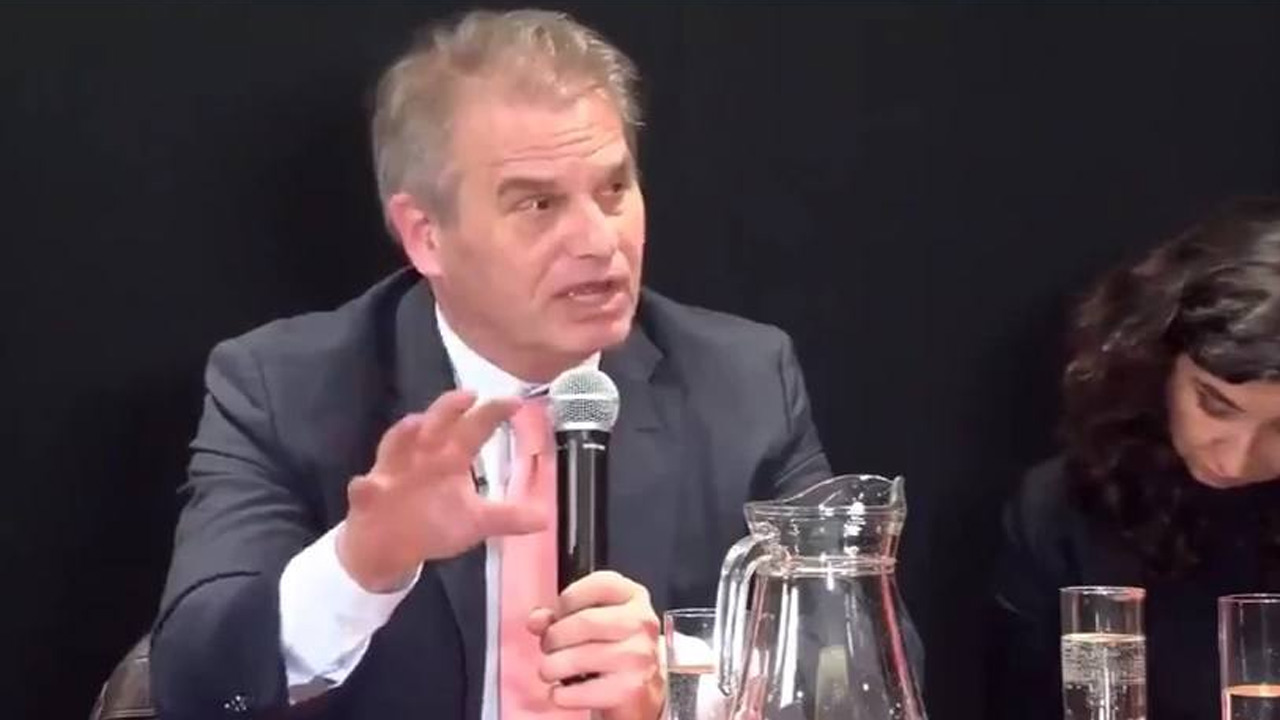 Dr. Reiner Fuellmich practices law in Germany and in California, and he has been exposing the crimes against humanity by the Globalists who have inflicted the false COVID-19 narrative on the public and mandated their dangerous bioweapons called “vaccines” through his Corona Investigative Committee for the past two years.

We have published some of this work here on Health Impact News.

It has been called “Nuremberg 2.0” by many, as expectations have been that there would be some kind of trial in an international court of law where these criminals would be prosecuted.

Dr. Fuellmich recently revealed much of what his Corona Investigative Committee has found in a meeting in Poland, and he made clear the same thing I have been saying for many months now, that the judicial system is owned and controlled by the Globalists, and justice will not be found in today’s courts, whether it is Germany or the U.S., or any other country.

The only way to end this is by the people rising up and telling the authorities that this is the end of the line.

It is not the courts of law. The courts of law, maybe we can use them to clean things up. But I am afraid that they are not even good for that. Because they are so infiltrated by the other side that we’re going to have to setup a whole new judicial system.

That doesn’t mean that they are not going to proceed with a trial that will be similar to the original Nuremberg trials. He states that there will be a real judge, real lawyers, and real witnesses, but the jury will be “the people” who will watch it via live stream. And he expects this to happen soon, before the end of the year.

I was very pleased to watch his presentation, and how he fielded questions, in this presentation in Poland. I had been concerned for some time now that his work was giving people a false sense of hope that there was some kind of International Court out there somewhere that would try this case and arrest all the criminals responsible.

But he made it very clear that justice would NOT happen through the current court system, especially in Germany. His years of experience in litigating in these corrupt courts have also taught him that the politicians are mere puppets and that the real criminals are a small group of very wealthy people who are actually calling the shots, and these are the people that need to be tried.

And the original Nuremberg trials after WWII did NOT bring justice against the Globalists who funded both sides of the war, as the rich leaders of corporations like IBM and Ford were never tried, let alone convicted for their crimes against humanity that allowed Hitler and Nazism to rise to power.

Some of the Nazi doctors who were just “following orders” were tried, convicted, and executed, but the ones giving the orders were not.

If you have never watched Maximilian Schell’s Academy Award-winning performance for his role as the German Attorney in Hollywood’s presentation of the original Nuremberg Trials, it is well worth a look, as it seems to be pretty close to what was actually said during the trials.

But this is very important work that Dr. Fuellmich and his team have been doing, nevertheless, because they are exposing the entire COVID conspiracy, and as he stated, “There are no more conspiracy theories left. They have all become true and are no longer theories.”

One of the questions posed to him was the fact that many claims that the virus does not exist, as it has never been isolated.

His response was that from a legal standpoint, it really doesn’t matter. The fraud has occurred with the PCR tests, and that is what will be exposed legally.

I do not want to get into this fight (about whether the virus has been isolated or not), because it really doesn’t matter.

I think we can do without answering this question.

If we know that the virus is no more dangerous than the flu, and if we also know that we don’t have a corona pandemic, but only a PCR test pandemic, let’s go after the people who put out these lies.

Drusden, the WHO, Tedros, Fauci.

And then, as the Americans say, let’s follow the evidence. From one person to the next. And I am sure that many of these people, who are just puppets, many of these people are cowards, and sooner or later they will lead us to who is really in charge, and really responsible.

From what we learned from Catherine Austin Fitts, of course, there is a very small group of very rich people who are running the who behind the scenes, who are using these puppets.

I don’t know, maybe 300, maybe 3000 very rich families who invest their money into large vehicles, like Blackrock and Vanguard, and some of the others.

And through these investments, or through these vehicles they then reinvest their money. In Deutsche Bank for example, 10% of the shares of Deutsche Bank are owned by Blackrock. Thereby, they control it. Together with maybe the Chinese and people from Qatar.

So in essence, the big question of course is why are they doing this?

But they have a lot of money. Why do they have this money?

So they needed something to distract our attention. And that is how they invented Corona.

They want control, complete control, because they are psychopaths and sociopaths.

They are trying to scare everyone, so that no one can think anymore, and that everyone in the end agrees to vaccinations with something that is not a vaccine, but it kills.

Regarding a Nuremberg 2.0 trial, this is what he said:

What we are doing right now, and what we’re planning to do, is going to happen while the war is probably still going on.

We hope it is going to be over soon. It won’t really be over, because there is lots of clean-up work to be done. But I hope that it is only going to take maybe a few more weeks, maybe 2 or 3 more months, because they really have over-played their hands.

But we’re planning on having and conducting an international trial with maybe the 40 lawyers who we have been in touch with, including one of the lawyers here from this country, and the plan is to do this towards the end of the year.

And it is only going to be a trial for…. it’s a real trial. But, it’s… with a real judge, with real experts and with real witnesses, and real lawyers of course, from every country.

The most important message that this trial is going to send, is the one that is being sent through the witnesses who will explain what happened to them, what kind of damage they suffered, how their businesses were destroyed, how they lost a loved one, how they lost a kidney maybe, because of the side effects, the adverse effects.

But, there will be a verdict too. But this will only go on for 6 days maybe. Just to give the other side a taste of what is to come.

Because we are ready. We have the people, we have the lawyers who are educated, and who understand what this is all about.

So the actual trial, this will just be a first trial. There will be more than just one trial.

The jury will be the people. The people who watch this, through a live stream. And they will ultimately…. they are the ones who will hand down the verdict.

But again, we’re going to need many more than just this one trial. There’s many more such trials that are actually being filed right now, in the United States in particular, because there are still many judges who are really independent, many of them who were elected by the people they work with, in their region.

But as I said, the only way to turn this around, is not through the courts of law, that takes too long. It’s by the people.

Rise up, and tell them to go to hell. Because that’s where they come from.

He makes it clear that justice will never be found in the judiciary, especially in Germany. The courts, at least at the highest government levels, are all controlled by corporate Globalists.

And we should start now. In many cases, we have started already. Because the current system, cannot be saved. It’s beyond repair. You can’t fix anything.

We have to setup our system of economics, of education, of law, and mostly education, because education is so important.

If people don’t learn what this is all about, if they don’t learn that they need to ask questions, then they’re going to be turned into robots. And that’s what they are trying to do with our children.

The only advice I can give you is, don’t play along. Connect with everyone else. Setup your own parallel universe, connect with all of the people who are on the good side, and then when the time comes, and it will come, I think it will come soon. We all will rise up and we will send them to hell, where they came from.

Watch the full presentation. This is on our Bitchute channel.

We owe a great deal of gratitude to Dr. Reiner Fuellmich, Viviane Fischer, and the rest of their team, for the fine work they have done.

But now it is up to us, the people, to resist the criminals and bring them to justice.

Where are the veterans and members of the military, and those in law enforcement, who will not comply with these mandates?

The law is on OUR side, but if we want to see justice, we are going to have to take it. Nobody is going to just hand it over to us.

The Things You CANNOT Say About Coronavirus