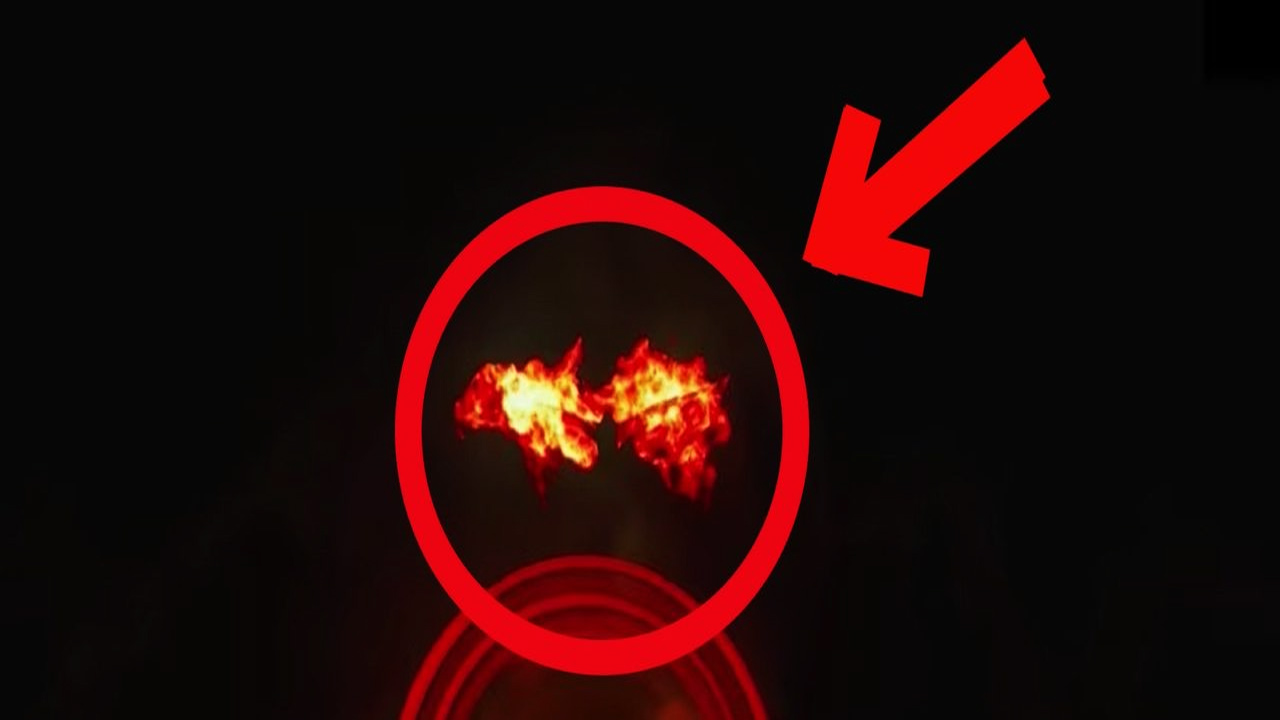 Exorcists from the Catholic Church and demonology experts broke down for the Daily Caller the possible demonic activity at Travis Scott’s Astroworld Festival that left eight dead and hundreds injured.

In the aftermath of last Friday’s tragic Astroworld Festival, social media users on Twitter and Tik Tok shared videos and theories, speculating that the “concert from hell” resulted from demonic activity.

Social media users stressed the eeriness of the Astroworld promotional poster, which showed people walking through a portal and encouraged festival attendees to “open your eyes to a whole new universe.” One of Travis Scott’s signature taglines, “See You On The Other Side,” was also on the poster. Other users were quick to point out what appears to be a rendering of Travis Scott as a demon on an album cover for a song he debuted at the concert.

“The imagery Travis Scott projects, whether he does it for commercial reasons or intentionally, it certainly projects satanic imagery and satanic practice, no question,” Father John Szada, an exorcist at the Catholic Diocese of Harrisburg in Pennslyvania, told the Daily Caller.

Father Szada said that “it’s possible Travis Scott summoned demons, but it’s pure speculation. Even if he summoned demons unwillingly, he opened a door, and they just took advantage of it.” The Harrisburg exorcist also pointed to reports that some festival attendees were “needle spiked” with opioids such as ketamine or fentanyl.

“Whoever was going around and sticking needles into people was definitely under demonic influence, maybe even possessed,” he told the Daily Caller.

#AstroWorld Who would have guessed anything evil could happen here?

Travis Scott sold his soul to the devil. Astro World was a BLOOD SACRIFICE. He took 8 innocent lives to pledge his allegiance to the occult elite. “He didn’t do it om purpose!” SO WHY IS HE SINGING AS THEY CARRY OFF A DEAD BODY THEN?!? #AstroWorld

Indiana Reverend Michael Maginot, whose famous exorcism of Latoya Ammons was adapted into the movie “Demon House,” explained that “when you make a pact with the Devil, it ends up with your downfall, that’s ultimately what the demon does.”

“The first thing he probably promises is fame or money, but he keeps on demanding more and more, or else he’ll threaten to take it all away,” Reverend Maginot told the Daily Caller. “But eventually, this more and more leads to self-destruction which a lot of times has been drug overdose, alcohol and substance abuse, which inevitably leads to the death or suicide of the artist. But this one seems to have resulted in the death of eight of Travis Scott’s devotees.”

“People like Travis Scott are very powerful, especially if they make a pact with the Devil to give them that popularity. Sometimes a demon will promote that, promising artists like Travis Scott that they will make a lot of money, but eventually, the demon keeps on asking them to do more and more and be more outrageous and call others to more and more sin. So while people become more hardcore fans of the singer, they’re being further led to worshipping the demon itself,” he added.

Reverend Maginot reasoned that Travis Scott’s “concert went too far and people died, and now he might be considering it as a sacrifice. It’s kind of what self-destruction eventually leads to, so this might be his downfall, but the demon doesn’t care. When you make a pact with the Devil, it ends up with your downfall. That’s ultimately what the demon does.”

A world-famous senior exorcist, who wishes to remain anonymous, told the Daily Caller, “there were certainly demons present at the event — they would be there anyway trying to influence bad in the negative, just as there are God’s good angels trying to encourage us to do good. But when people give themselves to evil, Satan ‘wins.’ Travis Scott will not be rewarded by Satan — Satan is a liar, and he only intends to harm and destroy.”

“Generally, I would say that there were natural human errors that Satan exploited,” the exorcist added, referencing reports of “oversight problems” at the festival.

“When Satan is present, he takes advantage of our weaknesses and failings by trying to influence people to do evil. He cannot take away our free will, but he can influence our behavior, especially when he is summoned and thus given more influence.”

The exorcism expert clarified, “we can’t say Satan made people kill each other, but he certainly tried to exacerbate conflict, chaos, fear, and violence. This was a result of human action, but when you invoke him, he has much more influence, and then he really influences people’s worst sides. That’s when bad things are much more likely to happen.”

“People don’t realize they are playing with ‘fire’ when they start summoning Satan. They think it is harmless or just exciting—nothing could be further from the truth. Satan is a very powerful being who is bent on evil and destruction. Fortunately, the power of God makes Satan look like an ant. But when we don’t seek God’s help and then invoke Satan, you have to expect bad things to happen,” the exorcist said.

Jimena Canales, Professor at University of Illinois’s Graduate School and award-winning author of “Bedeviled,” told the Daily Caller that “as we progress and adopt new technologies, and even create new music and new concerts, the general sense of the demonic just doesn’t disappear.”

Canales explained that “absolutely” Travis Scott’s brand and music encourages a belief in the supernatural, which is “part and parcel of rock, like Marilyn Manson, who is a devil worshipper.”

“Demonology sells and spreads because aspects of the demonic are naturally attractive, which have to do with knowing secret knowledge and not following the rules and authority, instead of pursuing temptation and deep desires. In my research, I was surprised that even scientists are very tempted to explore what is perceived as demonic and monstrous like manipulating Uranium or viruses because there is a sense of power that comes with that,” she told the Caller.