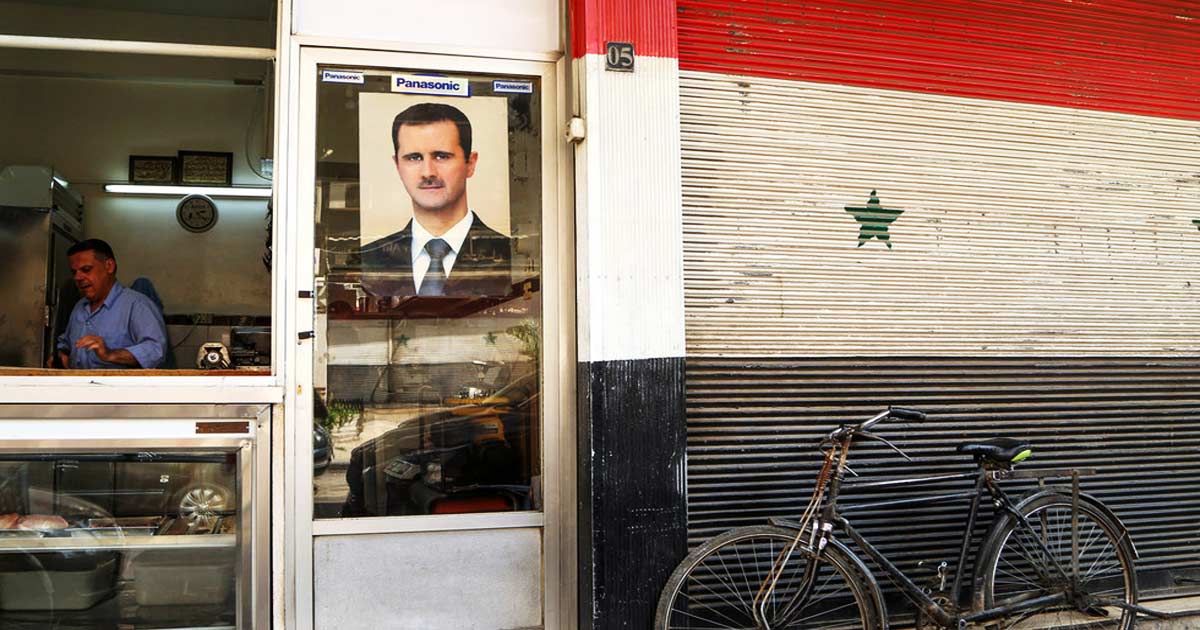 While special envoy James Jeffrey says the US no longer demands regime change in Syria, only “change of behavior,” his explanation shows this distinction is without a difference and no November election results will change it.

“We’re not demanding total victory, we’re not saying that Assad has to go,” Jeffrey said on Monday, during a live event hosted by the Middle East Institute and moderated by MEI director Charles Lister.

Instead, he explained, the goal of the Caesar Syria Civilian Protection Act – a US sanctions law that came into effect last week – is to “make it clear to anyone who wants to rebuild Assad’s Syria that that cannot happen without Caesar sanctions,” until there is a government in Damascus that carries out US demands with what Jeffrey described as “real eagerness.”

“It is not regime change,” Jeffrey insisted, but a change of behavior. Theoretically, he explained, President Bashar Assad could just comply with all US demands and get the sanctions lifted. Among the demands, for example, is for Damascus to stop “besieging the Syrian people” or “threatening the neighborhood” by having Russian and Iranian forces inside the country – though Jeffrey later explicitly said it’s “not part of our policy” to try to get the Russians out.

Yet it is the “neighborhood” – from Turkey to Israel, whom Jeffrey referred to but refused to name – that has bombed Syria or sent troops there in support of “opposition” militants or bombed , and the US sanctions are themselves an act of siege against the population loyal to Damascus.

Compliance with US sanctions also appears impossible by design. Jeffrey described the “dramatic shift of the behavior” expected of Damascus as being without precedent except from Japan before and after WWII. That is a telling comparison, given that the Japanese attack on Pearl Harbor followed harsh US sanctions, and that Tokyo was under US military occupation for almost seven years afterward, only nominally retaining the Emperor as the figurehead of state.

Another revelation by Jeffrey is that the Washington establishment has reached a bipartisan consensus on Syria, independent of President Donald Trump. The envoy said he was “not at all concerned” about a possible change in administrations after the November election. He also noted that the sanctions policy was adopted because military intervention against Damascus would get neither international nor domestic US support.

Jeffrey – who is also the US envoy to the coalition against Islamic State (IS, formerly ISIS) – has previously admitted that the US goal in Syria is not to fight terrorism but “make it a quagmire” for Russia. He confirmed that in Monday’s discussion, arguing that Russia and Iran have sought to offer an alternative to the US-led system of collective security in the Middle East.

“It is in our interest not for them to have success, so it’s in our interest to make their product – which is Assad’s Syria – not to be particularly attractive. Not a model, if you will, for other countries,” Jeffrey told Lister.

Not once did the US envoy acknowledge that the Idlib region of Syria is controlled by terrorists. Instead, he called the militants there “opposition” and praised them for working with Turkish forces to stop a “regime offensive.”

Interestingly, Jeffrey repeatedly invoked UN Security Council Resolution 2254 – adopted in December 2015 – as grounds for the US policy of sanctions and the “political process” Washington wishes to see. However, 2254 explicitly defines “Al-Nusra Front (ANF), and all other individuals, groups, undertakings, and entities associated with Al-Qaeda” as terrorists and calls for members to “eradicate the safe haven they have established over significant parts of Syria.”

Instead of acting against the terrorists, Turkey sent more troops into Idlib starting in January 2020, and opened fire on Syrian government forces fighting the militants. It was in Idlib that US special forces found and killed the self-proclaimed “caliph” of IS, Abu Bakr al-Baghdadi, in October 2019.