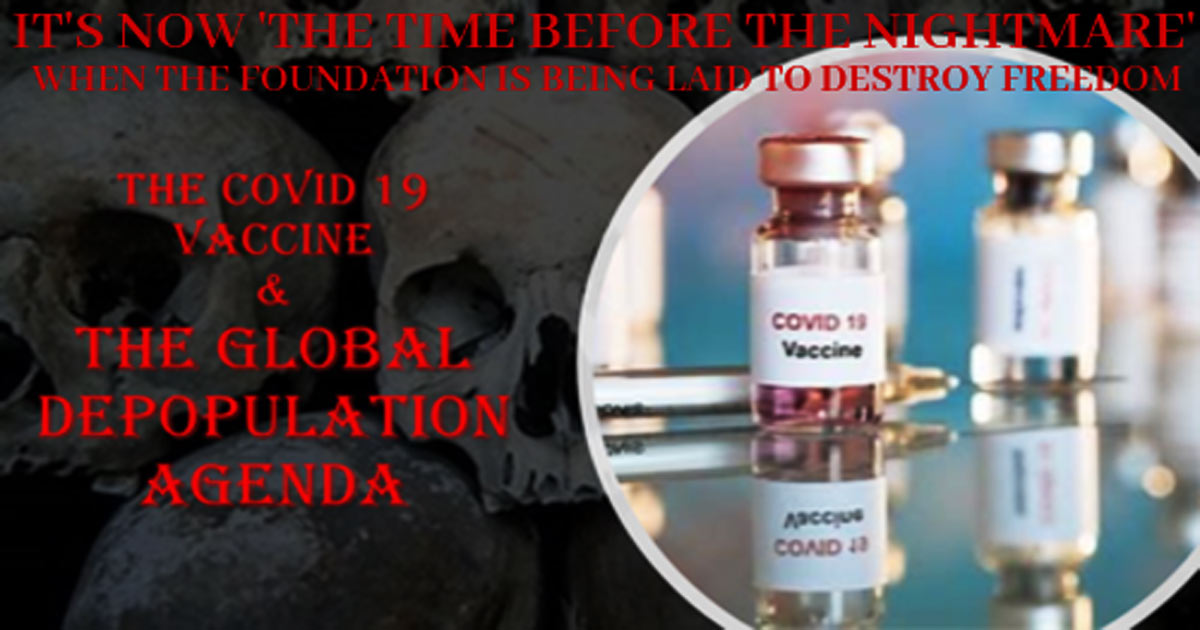 The story linked to front and center over at the Liberty Daily on Wednesday speaks volumes.

Titled “CDC Considers 12 of the 13 Most Vaccinated Countries a Travel Risk”, the linked NOQ Report story nailed it, reporting that the US Centers for Disease Control and Prevention (CDC) updated its list of the riskiest countries for travel due to increasing cases of Covid-19.

Curiously, vaccination has had totally the opposite effect to what had been expected: 12 of the 13 countries on the Johns Hopkins list of the most vaccinated are currently listed by the CDC as “high” or even “very high” SARS-Cov-2 travel risk.

Blowing away the ‘vaxxers’ arguments that it is the ‘unvaxxed’ who are putting the entire country at risk, in the video we’ve embedded directly below from Brighteon (youtube deleted it for ‘violating community guidelines’), one extremely knowledgeable Immune System Doctor called out both the CDC and his local school board, and at a school board meeting, with astonishing doses of truth.

Warning within the video that: the CDC and NIH don’t read the most up-to-date science before they make decisions on Covid; everything being recommended by the CDC is ‘contrary to the ‘rules of science’ and that they’re ignoring the ‘science’; masks do no good whatsoever in stopping viruses as they are far too microscopic for the mask material to stop them; and that the so-called ‘vaccines’ are totally useless at stopping a coronavirus because it’s already been tried many times and failed, the fact that so many ‘ordinary citizens‘ now speaking up about this fast-track towards tyranny that we’re now witnessing is encouraging.

And with CNN just reporting that “we need to move up the timeline on getting younger children ‘vaccinated’”, one could easily argue the globalists ‘depopulation agenda’ is now targeting America’s children. As the website Children’s Health Defense recently warned in this story titled “We Made a Big Mistake’ — COVID Vaccine Spike Protein Travels From Injection Site Can Cause Organ Damage”,  “research obtained by a group of scientists shows the COVID vaccine spike protein can travel from the injection site and accumulate in organs and tissues including the spleen, bone marrow, the liver, adrenal glands and in “quite high concentrations” in the ovaries.”

And they want to give that ‘shot’ to America’s children? Uh, no. It’s no surprise at all that parents in America are prepared to fight back against all of this insane medical tyranny unfolding across America, with furious parents in Tennessee recently telling a school board meeting: “We know who you are” and “We will find you”.

So if you haven’t seen this school board video yet, it’s well worth the 6 1/2 minute watch. And the fact that youtube has completely censored this video, removing it for being a ‘community violation’, also tells a tale that must be told. (ANP note: Susan Duclos’ youtube channel was also recently ‘re-demonetized’, again! Another huge reason, along with the seemingly endless censorship of our stories, is why your amazing donations to ANP go a very long way towards keeping us online. Thank you SO MUCH to all ANP readers!)

Quite a demolishment of what we’ve been told by the CDC and NIH over the past year+, huh!

So while we’ll continue to argue that whether or not someone decides to ‘take the vax‘ or not should be their own decision, and certainly not that of ‘government‘, as this new story over at Front Page News warns, any talk of ‘mandatory vaxxes’ in our nation’s future should be setting off alarm bells from coast to coast.

Titled “This Is 1938: First, They Came for the Unvaccinated: The time before the nightmare.”, the author of that story warns we’re “This is the most important commentary I’ve ever written”.

Everything happening today to the American people … to the U.S. Constitution … to freedom … and particularly to unvaccinated Americans reminds me of 1938. This is only the beginning. It gets much worse from here.

First, “the papers.” Vaccine mandates and vaccine passports are just like 1938 when the Gestapo demanded papers from every German. Republicans asked for “papers” from migrants who had broken into our country. Criminals. Democrats said, “No, that’s racism.”

Republicans asked for “papers” once every two years for federal elections, to prove you have a right to vote. Democrats said, “No, that’s racism.”

Now Democrats want American citizens, not illegal aliens, not criminals, but patriots born in this country, to produce papers 24/7. We’ll need papers to enter restaurants, bars, nightclubs, concerts, casinos, conventions, and hotels and to board a train, plane, or bus. We’ll need papers to enter a supermarket, or we’ll starve to death. All for the crime of being unvaccinated against … wait for it …

All for the crime of being unwilling to inject an untested, rushed to production, experimental, “for emergency use only” shot into our bodies.

What happened to the war-cry of Democrats: “My body, my choice”? It only applies to murdering babies, but it doesn’t apply to dangerous experimental shots that we don’t want to be injected into our bodies.

We should also remember that 1938 brought Germany total disarmament of the Jewish people, right before the Holocaust was carried out, another reason why Americans should keep arming up now.

Especially with US House Candidate from California Steve Cox recently saying “We Should Be Allowed To Shoot” Anti-Vaxxers, and law-abiding US citizens responding “Well, C’mon & Try It!”, we see the absolute importance of the 2nd Amendment in 2021 America, as the 2nd Amendment was never enshrined within the US Constitution to ‘go deer hunting’ but to ensure that such tyranny never flourished in our free nation.

And imagine the outrage and uproar from the MSM and the left if a Conservative said “We should be allowed to shoot the vaxxers” who are now the actual super-spreaders across the world!

And never forget Maxine Waters when she said of President Trump and his Cabinet members: “You think we’re rallying now? You ain’t seen nothing yet. If you see anybody from that Cabinet in a restaurant, in a department store, at a gasoline station, you get out and you create a crowd and you push back on them and you tell them they’re not welcome anymore, anywhere.” Imagine if a Conservative said that about Biden’s administration in 2021!

(ANP EMERGENCY FUNDRAISER: Due to renewed censorship by ‘big tech’ upon ANP articles, we’ll be running an emergency fundraising drive over the next month or so until we catch up on upcoming expenses. With donations and ad revenue all that keep ANP online, if you’re able, please consider donating to ANP to help keep us in this fight for America‘s future at this absolutely critical time in US history. During a time of systematic, ‘big tech’ censorship and widespread institutional corruption, truth-seeking media and alternative views are crucial, and EVERY little bit helps more than you could know!)

CDC map with 5 levels of COVID risk for travel (cdc.gov/Screenshot via TheBL)

So let’s take a look at both this NOQ Report story and this story over at The BL reporting on this fiasco.

The US Centers for Disease Control and Prevention (CDC) updated its list of the riskiest countries for travel due to increasing cases of Covid-19. Curiously, vaccination has had totally the opposite effect to what had been expected: 12 of the 13 countries on the Johns Hopkins list of the most vaccinated are currently listed by the CDC as “high” or even “very high” SARS-Cov-2 travel risk. The CDC distinguishes between five risk levels: very high, high, moderate, low, and unknown.

The CDC and the World Health Organization (WHO) keep insisting that vaccination is effective against “serious illness and death” but this may be yet another important issue they have gotten wrong. Their notion of “herd immunity” was dead and buried with data coming out of Israel at the end of June already.

“These mRNA vaccines are not Pepto-Bismol. They have profound biological effects. They are encapsulated in fat particles whose long-term effects are unknown. They spread throughout the body (despite the early promise they would not). They hijack cellular machinery in exactly the same way an actual virus does,” according to distinguished science writer Alex Berenson.