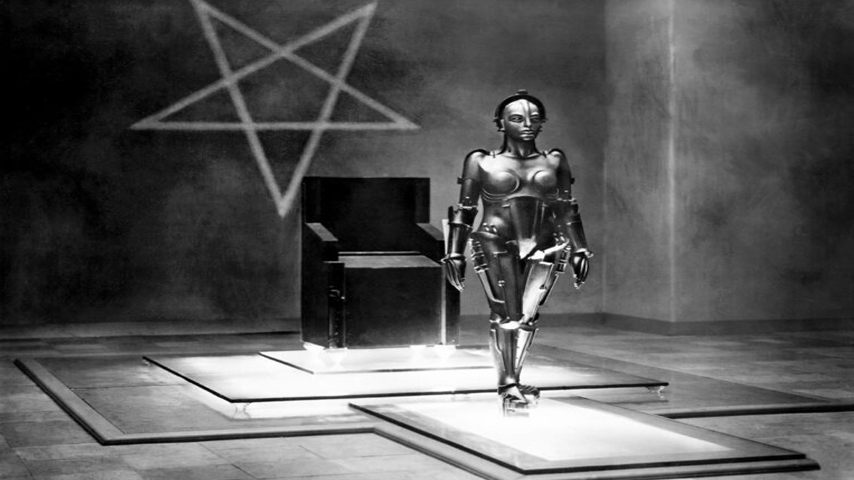 Why do globalists have a deep-rooted obsession with Artificial Intelligence (AI)? What is it about the fervent quest for an autonomous digitized brain that sends them into fits of ecstasy? Is it all about what AI can do for them and their agenda, or, is there also a darker “occult” element to the concept that is so appealing?

The World Economic Forum, an organization dedicated to the globalist “Great Reset” agenda, the Fourth Industrial Revolution and the “Shared Economy,” dedicates a large portion of every annual meeting in Davos, Switzerland to discussion on AI and the expansion of its influence over daily life.

The United Nations holds extensive policy sessions on AI and has been spending a considerable amount of energy to establish “ethics rules” for the development and use of Artificial Intelligence. At the core of the UN’s efforts is the assertion that only the UN is qualified to dictate and control AI technologies; for the good of all mankind, of course. AI governance is slated to go into full effect by 2030 according to the UN’s own white papers (All globalist institutions have set 2030 as the target date for all of their projects).

Another lesser-known but substantial organization is the World Government Summit held every year in Dubai. These summits are attended by many national leaders and representatives as well as corporate CEOs and celebrities. The primary subjects of focus at the WGS are usually climate change propaganda, centralization of the global economy, Transhumanism and AI.

Most of the public discussions on AI revolve around positive narratives; we are meant to be convinced on the many great advancements that AI technology will provide. Some of the “advantages” include transhumanist health modifications, computer implants in the body or brain, and even nanobots which may one day be advanced enough to change our very cells. In other words, in order to benefit from AI, we must become less human and more machine.

Other supposed benefits require a vast array of new systems (some of them are being built now) that would allow algorithms to monitor every facet of our lives. Globalists often refer to these systems as the “internet of things” – Every appliance you own, the car you drive, every computer, every cell phone, every surveillance camera, every stop light, everything would be centralized into a single AI network within a city, and each city would be connected in a great spider’s web to a national AI database.

The Internet of Things is regularly mentioned in conjunction with climate change governance and carbon restrictions. The purpose is crystal clear – Governments and corporate elites want the ability to monitor every watt of energy you use every day. This kind of full-spectrum information makes it easier to dictate our decisions and our access to goods and services. They would have total control of anyone living within these “Smart Cities.” Your entire life, every second, would be watched and scrutinized.

But how could this be made possible? Millions upon millions of people living day-to-day; that’s a LOT of data to sift through to find anyone not following the rules. This is one of the reasons why the globalists are salivating over AI technologies – It’s the only tool available to collect and delineate mass data collection in real-time.

Already, there are efforts to use AI systems to predict crime before it happens (pre-crime). These experiments are rather overhyped as they don’t actually predict specific crimes or identify specific criminals. Rather, they use statistical analysis to predict which areas of a city certain crimes are most likely to occur. You don’t need AI for this, any cop that’s worked in a city long enough can tell you when and where certain crimes are most likely to happen.

Just another classic contradiction of the political left: They love the idea of climate change restrictions, transhumanism, and even AI surveillance when it suits them, but a computer does not care about your feelings and it doesn’t care about social taboos. It only cares about the numbers.

And this is where we get into the greater dangers inherent in AI. Imagine a world micro-managed by a cold dead algorithm that views you as only one of two things: A resource or a threat.

Prediction of pre-crime is nonsense; algorithms monitor habits and patterns and human beings tend to break patterns abruptly. People are affected by crisis events in different ways that are impossible to portend. There are far too many variables and there will never be a system that is able to predict the future, but that’s not going to stop the globalists from trying to force the issue.

AI governance is an inevitability according to globalist institutions – They claim that one-day Artificial Intelligence will be used to govern whole societies and dole out punishment based on scientifically efficient models. They act as if this is just the natural path of mankind and one we cannot avoid, but in reality, it is a self-fulfilling prophecy. It’s not necessarily meant to happen, it is being engineered to happen.

AI proponents argue that the algorithms cannot act with the same bias that humans do, therefore, they would be the best possible judges of human behavior. Every decision from production to distribution to healthcare to schooling to law and order would be managed by AI as a means to achieve ultimate “equity.”

As noted above, they’ve already run into the roadblock of statistical probability and the fact that even if AI is left to autonomously make decisions devoid of emotion, millions of people will still see those decisions as biased. And, in some ways, they would be right.

The most logical decision is not always the most moral decision. Furthermore, an AI is programmed by its creator and can be engineered to make decisions with the creator’s biases in mind. Who gets to program the AI? Who gets to dictate its coding? Global elitists?

And here is where we get to the more “spiritual” element of the AI issue in relation to the globalists.

A couple of years back I wrote an article titled ‘Luciferianism: A Secular Look At A Destructive Globalist Belief System.’ My goal in that piece was to outline a large amount of evidence that globalists are in fact a kind of cult of organized psychopaths (people without empathy that take joy in destruction for the sake of personal gain). I concluded that globalists do indeed have a religion, and their root belief system according to the evidence is Luciferianism.

Yes, I’m sure there will be naysayers out there that will scoff at this notion, but the facts are undeniable. There is a distinct occult element to globalism, and Luciferianism pops up consistently as the root philosophy. I think I broke this down rather effectively in the article and I won’t rehash all the evidence here; people are welcome to read it if they wish.

I wrote from a secular standpoint because Luciferianism is an inherently destructive ideology even when viewed outside of the lens of Christian belief. Beyond that, there are psychological elements that need to be addressed that Christianity often ignores. Luciferian philosophy is tailor-made for narcissistic and sociopathic people. The root of the cult is about “special” human beings that are not hindered by the boundaries of conscience, morals or ethics. Lack of empathy is seen as an advantage to progress and the ultimate goal of Luciferianism is godhood – A person becomes like a god, whether through being worshiped by others, the power of influence or by technological methods of extending life and abilities.

But what does this have to do with AI?

I believe that globalists view AI with such reverence because they think it is a new form of life, or an ultimate form of life – A life that they are creating (as gods create life). And, if you think about it symbolically, this new “life” is actually made in the image of its creators: It has no empathy, no remorse, no guilt, no love. For lack of a better word, it is soulless, much like globalist psychopaths are soulless.

If we are to look at AI in religious terms for a moment – AI is a kind of antithesis to the figure of Christ. Christ represents an all-knowing form of ultimate love and ultimate self-sacrifice according to Christian doctrine. I don’t think there is a word for what AI ultimately represents. The only term that seems to fit is “Antichrist”: The all-seeing eye. Rulership of a super-intelligence devoid of humanity.

To be clear, I DO NOT believe in end-of-the-world concepts portrayed by those that adhere to more popular interpretations of Revelations. I think the world changes. I think empires rise and fall and this can often be seen as the “end of the world” when it’s really just the end of an epoch. That said, I wholeheartedly believe in the existence of evil; evil being defined as willfully deceitful or destructive actions for purely personal or organizational benefit, such as murder or enslavement. Evil does indeed exist and is an observable element of human life.

There are also traits of humanity that lead to good, that prevent us from self-destruction when we listen to them. Conscience, reason, wisdom, and often faith can provide a shield against evil actions for the majority of us. If we didn’t have these pillars within our psyches we would have annihilated ourselves long ago. But, there are some who do not have a conscience, that do not have empathy and they despise these traits as “limiting.”

AI is being designed by these kinds of people. And maybe they won’t cause the “end of the world” in terms we commonly understand (or in biblical terms), but over time they could take away everything that makes humanity worthy of the world. In a way, this would be an Apocalypse. It would be a living nightmare run by psychopathic people using sociopathic artificial intelligence, actively encouraging and enabling the masses to abandon their human bodies to become digital monstrosities and technological chimera.

If successful, it really would be the ultimate defilement of nature, or of God’s design if that is what you believe in. The pursuit of godhood is not worth it for most of us, but for the globalists, it is the dream of an age, and they will do ANYTHING to achieve it.