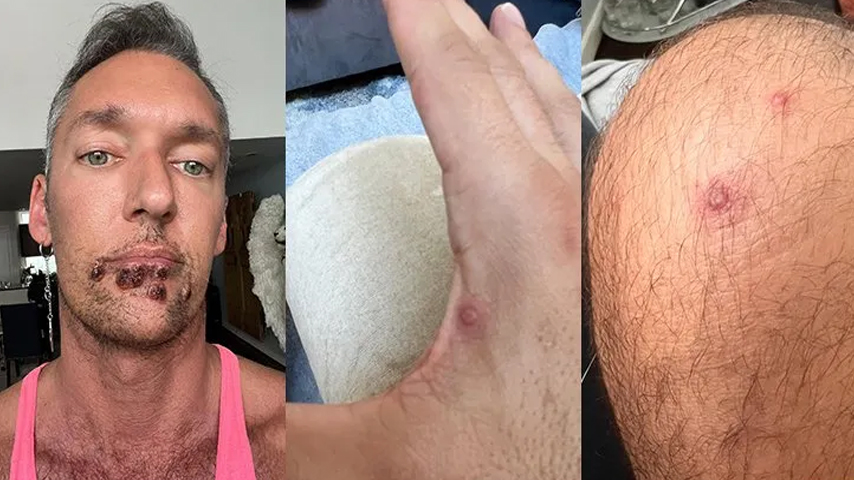 Old vaccine is unsafe and ineffective — new one had NO effectiveness testing at all!

Much noise is currently being made about monkeypox.

Monkeypox is the little brother of smallpox, a terrifying illness of the past, that covered patients with lesions, left scars, left many people blind, and killed 15-30% of infected people. Smallpox has been declared eradicated in the world in 1979.

Monkeypox exceeded 7,000 cases in the United States as of the beginning of Aug 2022. It produces very painful lesions that break out with pus and are contagious. A vaccine is being pushed on people. It is advertised to prevent monkeypox.

Monkeypox cases have been reported in many countries where it doesn’t occur naturally, incl. the U.S. Learn more about ACIP’s recommendation for the JYNNEOS vaccine for those at risk for exposure through their jobs, like #HCPs treating monkeypox patients: https://t.co/f2KF6gITAv pic.twitter.com/0wxYnvkvpU

I wanted to share what I know about poxvirus vaccines in relation to monkeypox and will discuss whether they will work at all.

There are two main vaccines that are used to target the orthopoxvirus family (smallpox and monkeypox belong to this family). I will describe both.

The old-style vaccinia-based inoculations against smallpox were the reason why older people have a scar on their right or left arm. These were live virus infections, done with a “vaccinia” virus that is related to, but different from smallpox.

For a history of smallpox inoculations and anti-smallpox-vaccine protests, please read this article by A Midwestern Doctor:

The smallpox pandemic response was eerily similar to COVID

I am not going to delve into a very long history of smallpox inoculations. Anyone with a few hours of spare time is highly advised to explore it. It is fascinating.

What I want to do instead is show that these vaccinia smallpox inoculations, by now over 50 years old in anyone who even had them, are unlikely to work against monkeypox.

Check out this article, “… Failure of Childhood Smallpox Vaccination to Provide Complete Immunity”:

The article discusses the famous 2003 Midwest monkeypox outbreak. It shows that among monkeypox patients, there were those older than 31 years of age (as of 2003), most of whom, like me, were vaccinated against smallpox during childhood.

From the table below, we can see that cases, including “moderate-to-severe cases”, happened among smallpox-vaccinated, as well as unvaccinated people.

It is not possible to conclude, from the data presented in the above article, whether childhood smallpox vaccinations provided any protection against getting infected with monkeypox, at all. The article dealt with people who handled monkeypox-infected imported exotic African animals, where possibly more were young and smallpox-unvaccinated, to begin with, and without a wide sample of people properly randomized in a clinical trial.

There were fewer “severe cases” among the vaccinated. So, the smaller number of severe cases gives hope of some effect of vaccination on severity, but this difference did not have any statistical significance.

Be aware that even the most modern Vaccinia-based inoculations are extremely immunogenic and lead to an extremely high rate of myocarditis and pericarditis, eczema, and other severe adverse effects. From CDC:

Because ACAM2000 is replication-competent, there is a risk for serious adverse events (e.g., progressive vaccinia and eczema vaccinatum) with it; myopericarditis also occurs with ACAM2000 (estimated rate of 5.7 per 1,000 primary vaccinees based on clinical trial data), but the underlying mechanism is unknown (7,8).

We all know how Covid vaccines cause myocarditis among young men at the rate of about 1 in 2,000, right? That’s totally terrible! But the ACAM2000 vaccine causes myopericarditis at the rate of 1 per 175 people, or at a 10-12 times greater rate! Since monkeypox is not particularly deadly, it is better to have monkeypox than to be infected with the vaccinia virus, if given a choice, in my opinion.

JYNNEOS Vaccine — No Effectiveness Testing Done at All

The second type of vaccine is a so-called JYNNEOS vaccine, which is based on a live virus (Modified Vaccinia Ankara) that is NOT replication competent in humans. So, an inoculation with JYNNEOS does not give rise to an active infection, unlike a vaccinia-based inoculation that creates a live infection. Usually, such replication-incompetent vaccines also create less immune protection than live vaccines, trading effectiveness for fewer adverse events.

The problem with Jynneos is that there were literally no randomized controlled trials on whether it prevents infection. Not a single trial participant was exposed to any live smallpox or monkeypox virus challenge. That is understandable: the smallpox virus is too dangerous to be used in any kind of trial for ethical and epidemiological reasons, and exposing participants to a challenge with monkeypox may also be unethical. However, the bottom line is that JYNNEOS was not really tested properly.

While I am appreciative of the ethical problems of testing vaccines against contagious diseases that do not circulate, it is important to make it clear: JYNNEOS was never subject to a randomized controlled efficacy trial.

All that the vaccine company-sponsored scientists did, was give test subjects JYNNEOS and then record “antibodies” and other immune reactions.

Note: Pfizer and Moderna do the same with endless “Covid vaxx” proposals that they present to the FDA. They pick a small number of participants like children under 5, give them the covid vaccine shots, and count antibodies. Those covid vaccine antibodies are only good for counting and receiving federal money. They do not prevent infection — instead, they promote infections — and no longer even reduce disease severity. FDA calls this “immunobridging”. Are JYNNEOS antibodies different? I have no idea, but I am not optimistic.

The FDA recommendation is also clear that they are shooting in the dark and is the most ridiculous document I have seen after the 0-5-year-old Covid vaccine papers:

They had no certainty about anything, their certainty level bounces from “very low certainty” to “low certainty” and only once “medium certainty”, but they unanimously approved JYNNEOS, anyway. Why? Because science and $$$$.

So, how does JYNNEOS work in real life? It started to be given out only a few weeks ago. This graph gives a glimpse of how “well” it works. Even though the monkeypox vaccination barely started, and most vaccine recipients had not encountered a chance to be infected, some Jynneos-vaccinated persons already got monkeypox. (MVA-BN is the same as Jynneos)

We are fortunate that monkeypox does not seem to be very deadly. I am not convinced that any of the above-described “vaccines” make their recipients better off with respect to monkeypox.

Many people, when discussing monkeypox, seem to be stuck on gay people a little bit too much. It is spreading among gays because some gay people like partying and going to certain kinds of “saunas” and have many sex partners and having close unprotected sex. But some non-gay people, for example, prostitutes, also have many sex partners. Condoms may not even protect against monkeypox if the lesions are on the skin.

The prostitutes, for example, can pass monkeypox to their family members. Some of these family members belong to high school wrestling teams and also have close contact with other school students — without any sex acts involved.

So, if it is contagious and passes via close contact, it will not be a gay-people-only disease.

The good news is that so far, no one in the US died from monkeypox.

Have fun, people, but do not have too much fun!

Double Vaccinated Have More Than Double the Infection Rate, Data From Iceland Shows

Stillbirths, Miscarriages and Abortions in Vaccinated vs. Unvaccinated Women