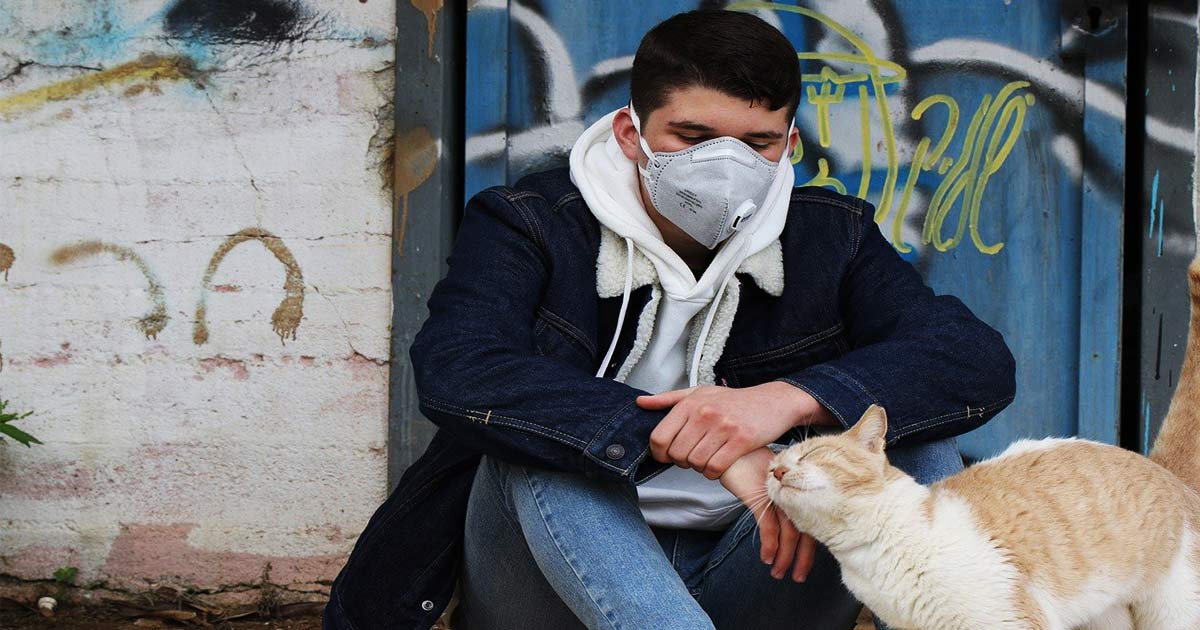 As censorship intensifies, with a doctors’ press conference largely scrubbed from the Internet because the physicians reject the establishment narrative, there’s another important question now being asked only in Web Siberia: Could face masks be spreading the Wuhan virus?

This was posed today by ex-Army surgical technician and biologist J.H. Capron. Capron, a man trained in face-mask hygiene and sterile technique, strongly suspects that masks, when worn by the general population, become vectors for COVID-19.

Building his case, Capron posits the theory that poor mask hygiene during the Spanish flu epidemic (1918-19) made the face coverings “fomites” — objects capable of harboring and transmitting pathogens — that actually spread the disease. He then laments how people today don’t appear to understand the microscopic world any better than our WWI-era forbearers.

Relating a common experience, which he himself had while grocery shopping, he writes at American Thinker, “Here were people with face masks and nitrile gloves — their hands all over their face masks, pulling them up and down, rubbing their eyes.”

“They played with their smartphones, touched everything in the store, and acted as if they came from the planet Krypton,” he continues. “Holy moly! This store was full of potential Typhoid Marys.”

Note that months ago Dr. Anthony Fauci, whose schizophrenic virus pronouncements instantly go viral and become articles of faith for the faithless, also stated that face masks worn by the general public are ineffective and pose the self-contamination problem (he later claimed he was lying because masks were in short supply).

Putting Flip-flop Fauci aside — and accepting that a quality mask properly maintained and worn by a vulnerable individual may reduce his disease-contraction probability — Capron addresses something overlooked. It’s something often overlooked, in fact, in many spheres of analysis: theory vs. practice.

In theory, Marxism appears to work — until you factor in how real human beings actually behave. Speaking of Marxists, college professor Richard Parncutt proposed in 2012 that Pope Benedict XVI be executed (along with climate realists) for saying things such as condom distribution is worsening Africa’s AIDS crisis.

But perhaps the academic missed the 2009 finding of top Harvard AIDS researcher Dr. Edward C. Green (or maybe Parncutt would execute him, too). Green said that the “Pope is correct,” that our best studies show a “consistent association … between greater availability and use of condoms and higher HIV-infection rates.”

The money phrase: At the “level of population,” stated Green, the prescribed course is ineffective. In other words, even if a particular prescription is effective for a given educated and conscientious individual, it may actually be counterproductive when recommended for large populations.

This brings us back to Capron and his thoughts about the fomite factor and face-mask folderol:

In June of 2018, five researchers published a study titled “The Spread of a Norovirus Surrogate via Reusable Grocery Bags in a Grocery Supermarket.” … Think “bring your own bag” (BYOB). They used a viral surrogate, a virus that infected only bacteria, and contaminated reusable bags with it and had volunteers shop at three grocery stores. The result? They demonstrated that the viral surrogate in the bags was spread throughout the stores, with specific areas of high concentration.

But investigating the above isn’t a priority because of the propaganda transmission path: SARS-CoV-2 has become more a political than a medical issue. This is why doctors who’ve questioned masks’ efficacy (click here) and other experts who’ve echoed Capron (click here) are ignored, while a man who has vowed to force all Americans to wear masks is the Democratic presidential nominee and Flip-flop Fauci is our Wuhan virus point man (video below of March Fauci recommending against mask use).

And here’s Early May Fauci dropping, or erecting, the mask and claiming that the general public should don masks:


All this said, Capron’s recommended mask study may very well be conducted; it then would no doubt be related. Then it would promptly be censored by GoogTwitFace, for even more important than keeping masks over Americans’ faces is keeping the veils over their eyes.

How EMFS Disturb Your Immune System

10 most evil people in the world today who lie about science, pharmaceuticals and GMOs