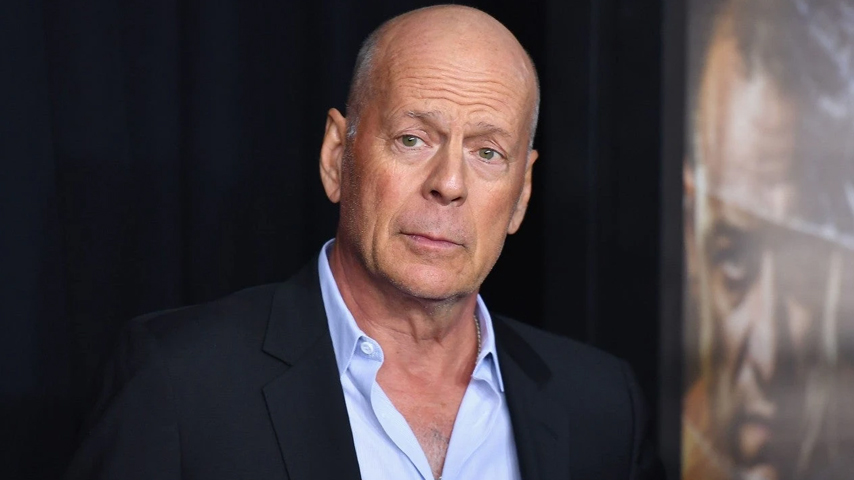 How do we know Bruce Willis’ aphasia wasn’t caused by the vaccine? Nobody is talking about it.

But I also very distinctly remember, very early on after the vaccines rolled out, a story from Dr. Byram Bridle of a teenage girl, perfectly healthy before getting the vaccine, who couldn’t speak shortly after getting vaccinated.

Of course, we now know this wasn’t just a coincidence.

The numbers of reports to the VAERS system bear this out.

Here’s a “baseline” the year for 2019 for all vaccines put together:

Here’s what the numbers are just for the COVID vaccine alone:

Bruce Willis is 67 and developed aphasia after being vaccinated. Could it just be a coincidence? Maybe, but how did Willis’ doctors rule out the vaccine being causal?

We aren’t told this. Why not?

340 vs. 12 for his age group… a factor of 28 higher reporting rate for the COVID vaccines.

Bad luck? I don’t think so.

Why aren’t they explaining to us why this couldn’t have been caused by the vaccine?

The medical authorities always tell us they want to reduce vaccine hesitancy so why not tell us how the doctors ruled out the vaccine as causal in Willis’ case?

The actual case reports show people are normal before getting vaccinated and unable to talk shortly after.

If this isn’t causal, then how do you explain all these amazing coincidences? And why are the reports so much higher after the COVID vaccines vs. all other vaccines?

Here are just the first three that came up in the search report:

VAERS ID:906282 (history) Given the vaccine at 712 pm on 12/20/20. At approximately 7:15 pm, she began to clear her throat and then became unable to speak, followed by audible wheezes and short, shallow breaths. At 19:23, Epinephrine was administered. At 19:28, she was able to speak again and was transported to the ED. The patient reports after arrival to the ER, the symptoms returned. She was given PO Benadryl, followed by IV Benadryl, and then a 2nd dose of Epinephrine. She was admitted to the ICU for observation

VAERS ID:911587 (history): 5 to 10 minutes after receiving the vaccine started feeling “drunk”, anxious, paranoid. Muscles became mildly tense and teeth clenched. The physical aspects only lasted a short time (10-15 minutes)the anxiousness paranoia and “drunk” feeling lasted approximately another hour. An hour after receiving the vaccine started experiencing nausea and vomiting with extreme muscle soreness that was generalized and fatigue. After napping nausea and vomiting resolved. Woke up shivering in cold sweats and shivering. Began experiencing forgetfulness and having problems thinking correctly. Issues with finding words, conversing and conveying information to other people. Shortly after waking up began experiencing severe back pain in my lower to mid left-back. Pain was shooting and it did not seem to matter on the positioning. Back pain has resolved. On day 2 still experiencing severe fatigue, extreme muscle soreness, forgetfulness and not thinking correctly. Having issues finding words to use and communicate. The thinking process seems slow. Occasional cold sweats and shivering. Day 3 still feeling of forgetfulness, unable to find words and communicate correctly, slow thinking process, occasional cold sweats and shivering, occasional bouts of anxiety (lasts only 2-3 minutes at a time), short bouts of shortness of breath with exertion resolved quickly. Some muscle soreness seems to be resolving.