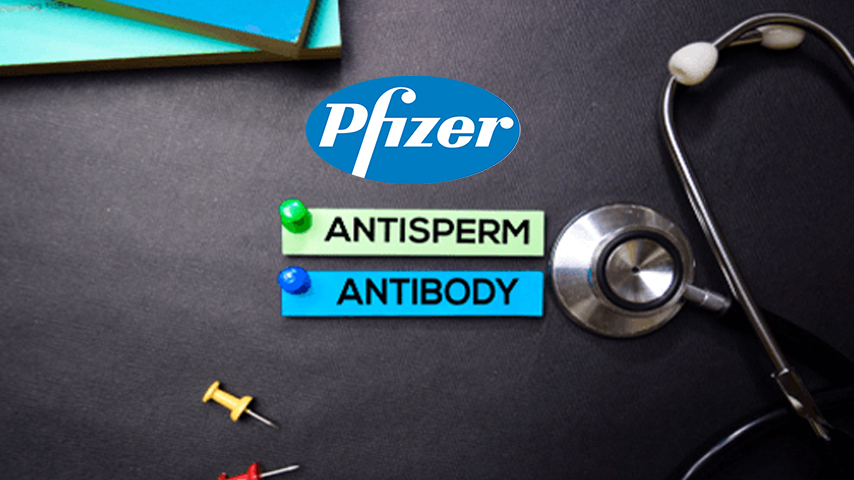 If you are hearing this term for the first time. Here’s something from Google itself:

Antisperm antibodies aren’t common. Both men and women can make them. They can make it harder for couples to have a baby. But it’s rare for antibodies by themselves to make it impossible to get pregnant.

The anti-sperm antibody is a specific type of antibody protein that attacks and destroys sperm cells. These have the capacity to fight sperms in a man’s blood, semen, and even in a woman’s vaginal fluids. This happens when the body’s immune system mistakes sperm as an invader to the body and thus responds by destroying the sperm cells. These antibodies are found in both male and female bodies and can severely hamper fertility. Such infertility is called immunological infertility.

Of course, every disease that was rare before is suddenly becoming less and less common. Recent research suggests how female offspring of a vaccinated couple are genetically damaged and will not be able to reproduce. It highlights newly born females to vaccinated people are prone to “Premature Ovarian Failure” termed as CDKN1B Mutation.

Before even the vaccine was rolled out there were talks of sterilizing the global population so this side-effect of Antisperm Antibodies shouldn’t come as a surprise. Pfizer documents have dropped a massive bomb on vaccine consumers. I haven’t seen Fauci doing any press conference since the release.

More studies have confirmed how the reverse transcription process is an actual reality that was labeled by CDC as a myth or a conspiracy theory. Pfizer’s mRNA does indeed convert into DNA. Humans do become spike protein factories that can stay in the body for more than a year which was told by so many independent researchers is now an irrefutable fact.

But the list of adverse effects still amazes me. Nobody thought that all the research and independent studies that were coming were just the tips of the iceberg. Pfizer documents list 1291 side effects enough for a normal person to fall down and start taking anti-depressants for all things that can potentially happen to him or her.

The Luciferian Manifesto of the Georgia Guidestones Is Not a Joke. They really Mean It.

Satanic Pfizer: The Occult Symbolism Found On The Pfizer Mural. They Are Mocking Us