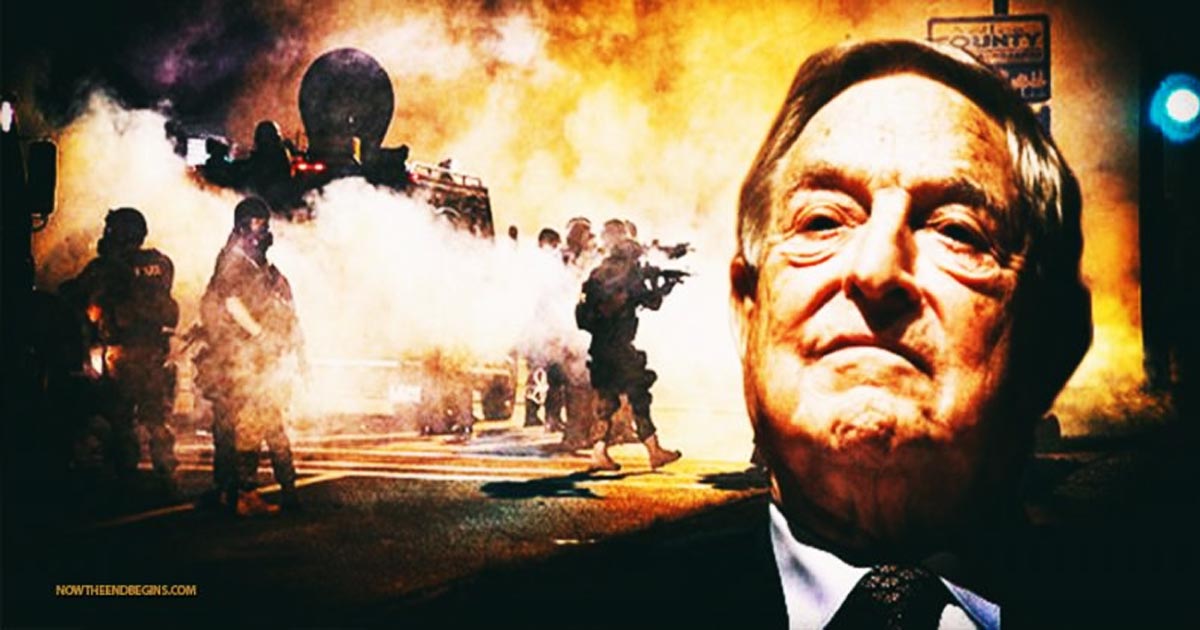 At least 7,500 demonstrators took to the streets in Oakland last night, clashing with police and sparking arson attacks and vandalism across the city.

During the squirmish, two officers with the Federal Protective Service – a part of Homeland Security created to protect government facilities – were shot. Police are investigating.

Two Federal Protective Service officers were shot – one fatally – by ANTIFA and Black Lives Matter rioters Friday night in Oakland, California, as violent protests across the US intensified over the killing of George Floyd.

The United States of America, able to repel any foreign invading force, is unable to prevent civil war from ripping us apart from the inside?

What we are watching now – police officers are getting killed in Oakland, the White House under siege, buildings burning block after block in cities across America – is the work of one hateful, nasty and evil reprobate, and you know exactly who I am talking about.

I believe leftist anarchy groups are using the death of #GeorgeFloyd to blame MN riots on angry black people.
In honor of media goons threatening me for stating that—here’s a throwback of ANTIFA chanting that Soros owed them money, after their chapter tweeted he owed them 15$/hr pic.twitter.com/ueKj1fsQKr

These are dark and scary times, but I have faith that “all things work together for good to them that love God, to them who are called according to His purpose.” (Romans 8:28)

It is George Soros who funds Open Society Foundation, who writes the checks for ANTIFA and Black Lives Matter to get on buses and travel to far-away cities to cause mayhem and mischief.

It is George Soros who is willing spend billions of his ill-gotten fortune to rip America apart from the inside out.

St. Paul Mayor: Everyone Arrested Last Night In His City From Out Of State