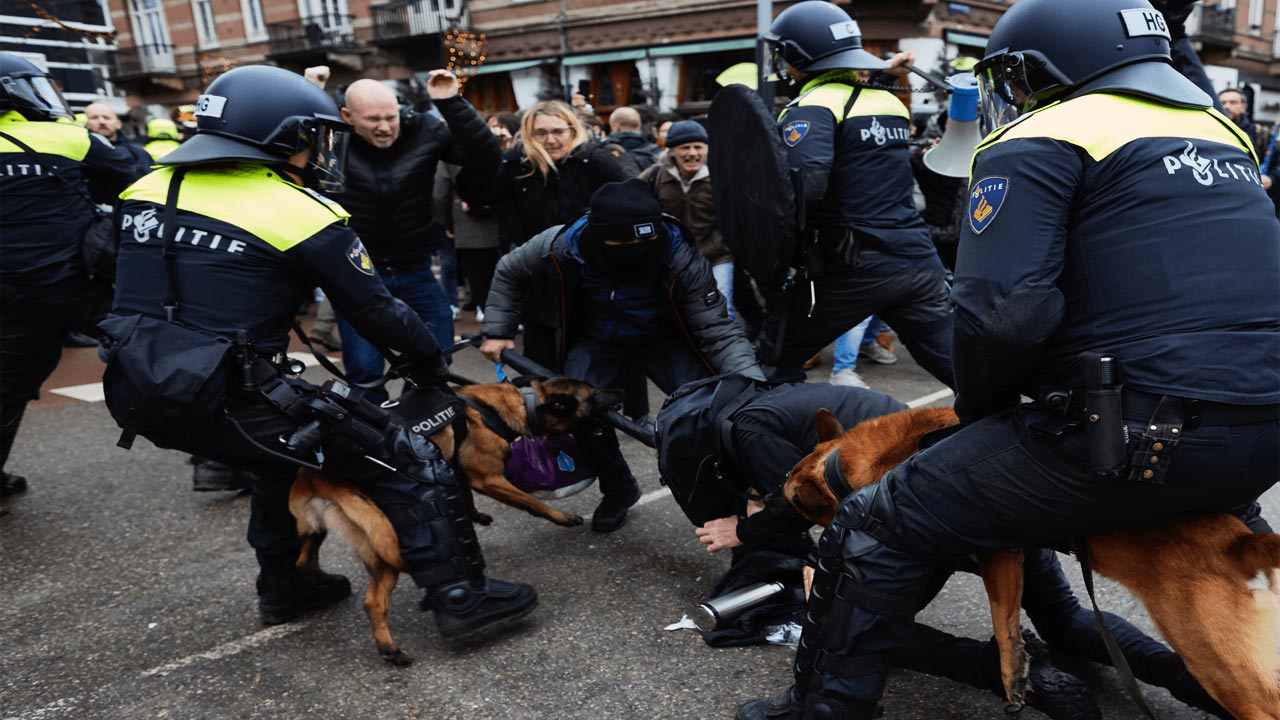 AMSTERDAM, NETHERLANDS – JANUARY 02: Clashes erupt between police anti-riot officers and anti-vaxxers affiliated to far-right parties near Museumplein on January 2, 2022, in Amsterdam, Netherlands. With riot police expected to be on strike, authorities have banned the Covid-19 lockdown protest in the Dutch capital. The postponed police protest is part of a series of strikes by police union members to draw attention to police capacity problems and conditions of work. (Photo by Pierre Crom/Getty Images)

That will teach them! Amsterdam officials released the dogs on anti-lockdown protesters this weekend.

Video from Amsterdam shows protesters being mauled by dogs and beaten with batons.

It’s for your good health.

There was a massive crowd today in Amsterdam.

Wow! Thousands of protesters in Amsterdam demonstrate against Covid restrictions despite a ban on protests.

Hijama aka “cupping”: desperate workers, students forced into vaxx mandates turn to ancient treatment to remove the injections after administration

Second Global COVID Summit Announced: Main Goal Will Be to Vaccinate Everyone on Planet, Everywhere