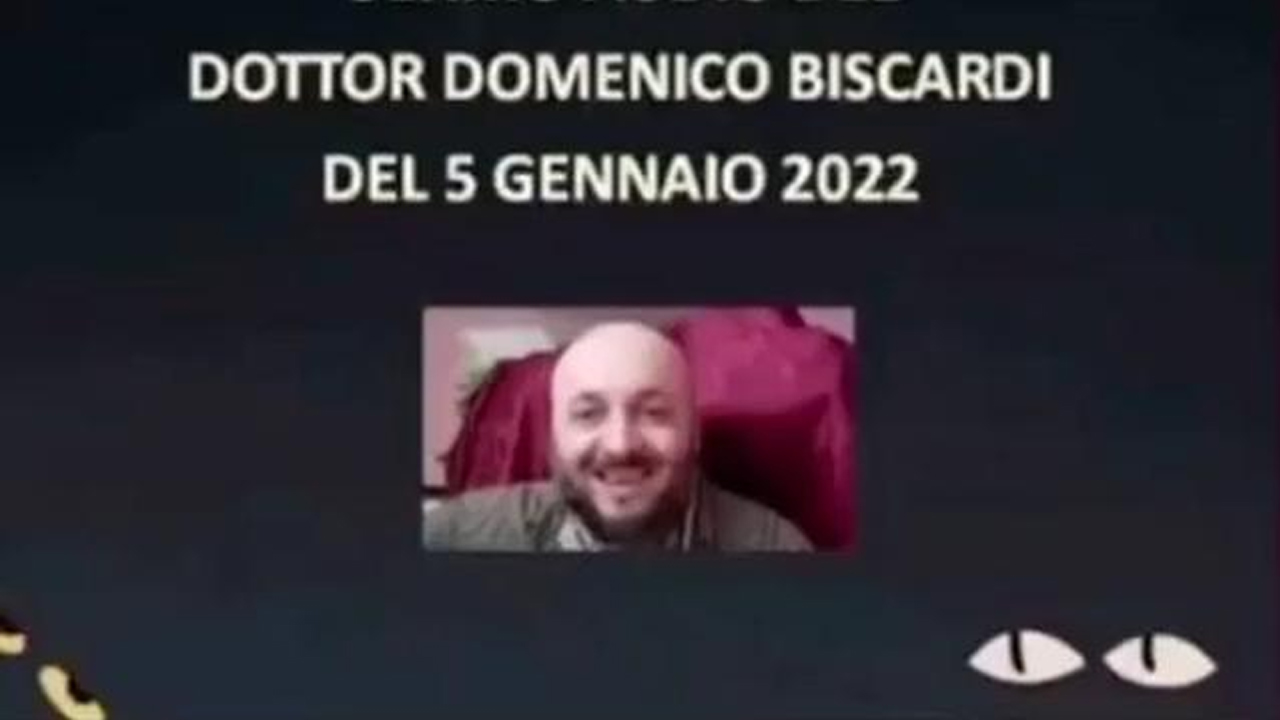 With many reports and findings now about the contents of the COVID vaccines and the graphene oxide material, Dr. Ricardo Delgado reveals another astounding discovery – this time about what happens when the contents are allowed to dry. First, it was Dr. Andreas Noack now it is Dr. Domenico Biscardi.

This news was to have been disclosed to the world by Dr. Domenico Biscardi, who was to appear before the European Parliament with his findings at the end of January but is now deceased due to unknown causes; although the media is attributing to it as a probable heart attack. (The president of the European Parliament, David Sassoli, who Domenico Biscardi was to appear in front of, has also died within the same time frame…)

Dr. Biscardi claimed to have seen quantum dots, nanoparticles, graphene, etc., by letting the liquid evaporate. His technique involved setting it out to dry for 3 days, as is explained in the short video below:

(Thank you so much to whoever provided the English subtitles.)

Dr. Domenico Biscardi: “Hello Giulia. I’ll try to tell you this very quick. Ricardo Delgado, the biostatistic from Madrid (La V Columna) with who we have been working for 1 year and half, we are exchanging our investigative works, the other day I sent our last research and them have done this cray technic.

They have evaporated the substance in the vial and everything is visible. You can see everything, graphene, quantum dots, the nanoparticles, everything. Watch the images on the microscope, they have found the micro transmissions when quantum dots emit the bluetooth code.

This is really serious Giulia, everything ends here. This ends in January, at the end of January, they will go to the European Supreme Court. This will be a new Nuremberg trial. There will be war Giulia, a war is going to break out because the pharmaceutical companies will not accept it and will have to pay billions of Euros and dollars in compensation.

Many people are going to die Giulia, all this with the 5G interface. Lots of people. The interface with 5G now they have found it!

We no longer have the electron microscope, otherwise we would have found it, too. I am going to a specific site tonight to do some research.

I’m going to put on my face Giulia, I don’t care about anything, if I have to die, I want to die as a hero.

Goodbye Giulia, it’s over, it’s over, we won, with this, we won! Here we go to the European Commission, the New Nueremberg trials because many people is dying of this and many more will do.

Show it to everyone Giulia, to who knows Spanish and explain it to those who don’t. They are called quantum dots inside graphene and the only way to see it was by evaporating the sample for three days. We told them here from Naples. Goodbye Giulia, Naples-Madrid, the victory of the world!”

Unfortunately, Dr. Biscardi was indeed silenced; but his work, heroism, and his fight for the human race will live on and will not be in vain.

The video below is Dr. Ricardo Delgado’s first time appearing on an American platform to share his and other researchers’ findings. He expands upon what Dr. Biscardi’s team has found, as they were working together, and gives more information about graphene oxide’s role and its connection to the 5G frequencies/radiation, along with the Bluetooth/MAC technologies.

If you thought the video about microtechnology detected in a Pfizer vial by La Quinta Columna was shocking enough, the team of Spanish researchers has shared today another one even more impressive.

In a single drop that has been left to dry, it has been possible to observe microstructures that would explain the phenomenon behind the generation of MAC addresses.