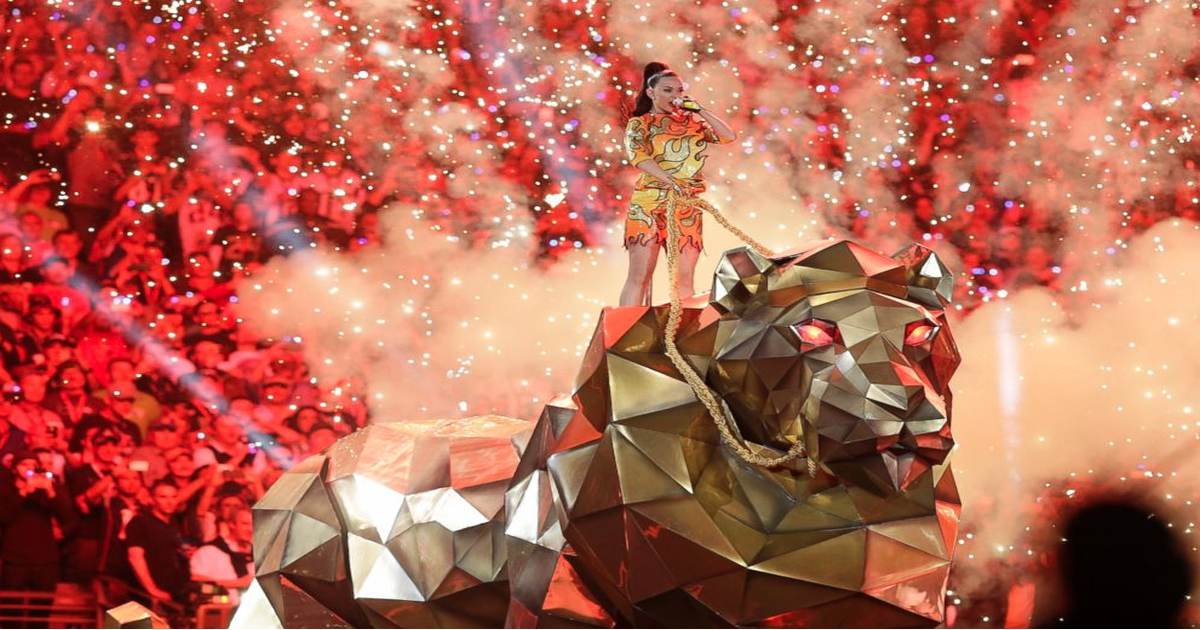 In the current “End times”-like zeitgeist some feel that the political and economic elite are using Abrahamic end-times eschatology as a script for their actions. Believers in Christianity and Islam in particular feel that current events – and rituals played out as news and in pop culture – are actually fulfillment of ancient prophesy.

Modern day elite esoteric traditions — and the Abrahamic religions themselves that came out of the Middle East — have their roots in ancient Babylon. Abraham was from the city of Ur on the outskirts of Babylon.

The Christian Bible identifies Babylon as the source of the evil to whom the world’s leaders answer in the end times, and feminizes it, referring to Babylon as “The Mother of Harlots” and “The Great Whore”, and it does so by the feminine code: in Chapter 17 of the book of Revelations.

See my explanation of 17 as a sacred feminine code here and here.

Since the Beast of Revelations is described as having seven heads, many believe that that is a reference to Rome and/or The Vatican since the city of Rome sits atop seven hills.

Revelations 17:18 suggests that the woman riding the beast represents a “GREAT CITY.”

The Great City is Babylon, and the Roman Empire considered itself the new Babylon. This is al by the 17-71 code:

In the location of ancient Babylon sits modern day Iraq.

The Vatican and the institutions that it oversees have been linked to multiple shameless acts of pedophilia and sodomy by its hierarchy.

A Catholic secret society — that displays the fasces symbol of the Roman Empire — is the Knights of Columbus.

The most sinister sect of the Catholic Church and the Vatican is the Jesuit Order a.k.a. “THE SOCIETY OF JESUS” which sums to 71 in two ciphers, one of which is Chaldean which is interesting because Chaldea was part of Babylon. https://en.wikipedia.org/wiki/Chaldea In fact Nebuchadnezzar II who destroyed the first Temple of Solomon in Jerusalem, was from Chaldea.

Babylon was symbolized by the dove (dove = 17). Babylon was corrupted by a power that rules today.

In my article “Mystery Babylon…” I demonstrated how the ritual of the Jesuit Order/Vatican congressing with “the abomination Babylon” was played out with Nicki Minaj dressed as the Scarlet Woman accompanied by a Papal figure after whitney Houston was ritually sacrificed at the 2012 Grammy Awards.

In 2015’s Super Bowl XLIX it was Katy Perry’s turn to act out the “woman sat upon a beast” of Revelations as she appeared riding on the back of a giant lion in the half-time show.

Pope Francis is the first Pope who is an admitted member of the Jesuit Order.

This card has a positive meaning: compassion and love overcoming the primordial, impulse and fear.

In Aleister Crowley’s Thoth Deck the “strength” card is the “LUST” card, which is more in context with a “Whore of Babylon” ritual: it features a naked woman riding a multi-headed beast with a lion’s body.

in my previous article I described the celestial GREAT CONJUNCTION, which is an alignment of planets Earth, Jupiter and Saturn which acurrs every 20 years, is said by astrologers to effect leadership, and clearly does so in the United States where every U.S. President who has won a conjunction-year election has either died in office or has survived an assassination attempt. this streak goes back to 1840.

In keeping with the big cat theme, on the date of the Great Conjunction under the tropical zodiac; December 21st, 2020, a Monday, the National Football League holds one game, in Cincinnati where the Bengals – a TIGER image – host the Pittsburg Steelers.

Ohio is arguably the most influential and contested swing state in U.S. elections. The flag of the state of Ohio depicts the Saturn-Jupiter Great Conjunction.

Thanks to caseyjonesoccultastrology.wordpress.com for the above graphic and fact.