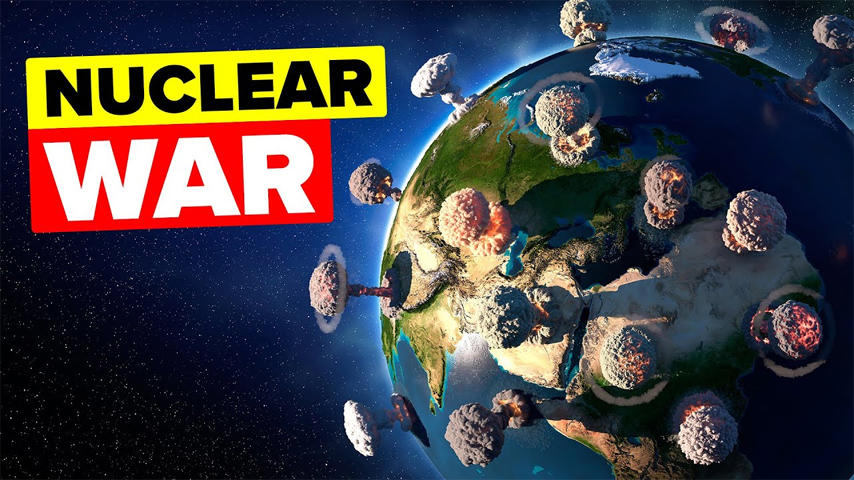 The last half of 2019 was full to overflowing with end times intrigue as the New World Order was preparing to assert itself upon the global population in the form of a gain-of-function virus in Wuhan, a vaccine that was not a vaccine but gene editing according to the president of Bayer Pharmaceuticals, Event 201, ID2020 and so much more!

So how perfect is it that mixed in with all that stuff, is a predictive programming video calling for Russia to invade Ukraine 2-and-a-half years before Putin actually does it. One more thing, and you’ll love this one. The main graphic they created for the video shows various mushroom clouds from a global nuclear war popping up over an image of the earth, and they are shaped exactly like COVID-19 virus spores. Amazing coincidence, yes?

Amazing predictive programming video from September of 2019 accurately called for Russia to invade Ukraine at the exact time of year it actually happened. The same video called for WWIII, will that take place as well?

For years now, we’ve been telling you and educating you on what Predictive Programming is, why they use it and what’s the end game goal of it all. Whilst researching today’s Prophecy News Podcast on the likelihood of Putin and Russia starting WWIII, I came across a stunning video talking all about the ramp up of Russia threatening to invade Ukraine, and how that by March 4th of 2022, the war would be well underway. Pretty good for a video produced in September of 2019, wouldn’t you say?? I sure would.

Step right up to the end times, this way to the Big Show, you can’t tell the player without a scorecard. Enjoy the video!

2019: What If There Was A Nuclear War Between the US and Russia?

SEPTEMBER 2019: It’s not unrealistic to imagine a scenario where Russia and the United States went head to head, flexing their nuclear power, but how likely is that scenario to happen in the future? In today’s educational animated video we are looking at the potential for an all-out war between Russia and the USA. Let’s take a look at cold war 2.0 between the USA vs Russia!

President of Bayer’s Pharmaceuticals Sector and member of the board said in his speech: ‘Ultimately the mRNA vaccines are an example for that cell and gene therapy. I always like to say: If we had surveyed two years ago in the public: ‘would you be willing to take a gene or cell therapy and inject it into your body?’ we probably would have had a 95% refusal rate”