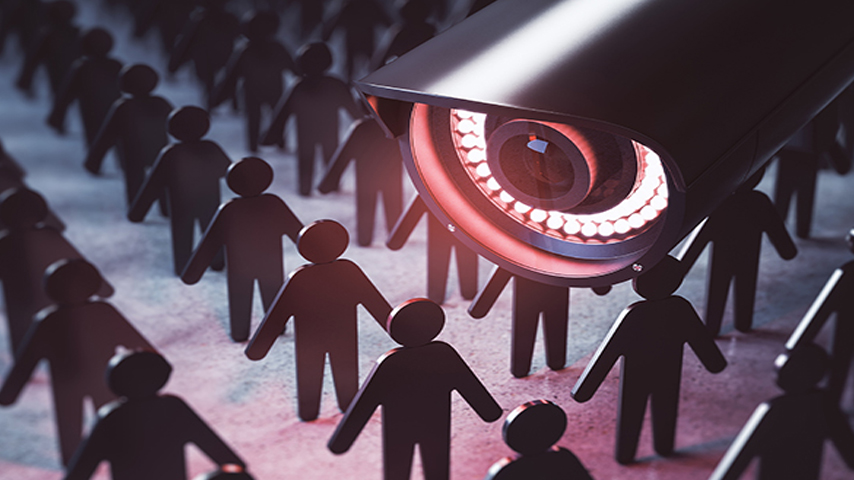 A member of the World Economic Forum (WEF) who participated in the annual meeting in Davos is now pushing the idea of an “individual footprint tracker” that would monitor a person’s every move to determine their “carbon burden” on the planet.

Editor’s note: Globalists assume that carbon is bad. All humans are carbon-based life forms. CO2 grows crops, trees and rainforests. Food scarcity is worsened by a lack of carbon, and the atmosphere is dangerously low in carbon dioxide. The “war on carbon” is a war on all life on planet Earth.

Alibaba Group President J. Michael Evans said they are developing a technology that will give consumers the ability to measure their own carbon footprints. This means that they can track when a person is traveling, how they are traveling, what they are eating and what they are consuming on the platform. While the individual carbon footprint tracker is currently not operational, it is something that he said his company is working on.

The Alibaba Group is now among the biggest corporations that are not only powerful in terms of their economic force but are also working to enact Orwellian restrictions that make individual autonomy impossible.

Some sites have reported that the WEF serves as a think tank for authoritarian despotic policies that could punish ordinary individuals, especially those who are not politically connected.

The WEF has previously claimed in a now-deleted tweet that the draconian lockdown policies are “quietly improving cities around the world.” However, the organization deleted the statement following a public outcry as the policies have led to lost jobs, more pronounced inequality and spells of mass hysteria as governments prepared to make the lockdowns a fixture of public life.

The tweet also linked a video that showed propaganda for the Great Reset, which will be used to finish off small businesses and consolidate corporate power at incredible levels nobody has seen before.

People are starting to see the future envisioned by WEF founder Klaus Schwab, who infamously stated that “In the future, you’ll own nothing – and you’ll be happy about it.”

The carbon footprint tracer also seems to operate similarly to China’s own social credit system, which rewards people who “do the right thing” while punishing those who do not.

However, it can also be used by shoppers and travelers as a way to know how much they are consuming for their own purposes, although it remains to be a slippery slope toward being a social crediting tool.

Measuring the individual carbon footprint to one’s own accord is one thing, but if governments decide to mandate the tracker as a matter of policy for awarding or punishing certain behaviors, then it becomes another tool for enforcing a social credit system.

Alibaba also previously planned to introduce a “green travel” scheme that awards points to people who comply, with the company president admitting that their plan was to incentivize customers to “do the right thing,” which is the same system China uses for its social credit system.

Evans explained the issue of “green travel,” which included allowing people to first calculate their best and most efficient routes as well as the most efficient form of transportation.

If people take advantage of those recommendations, then they will have bonus points that they can redeem elsewhere on the platform, effectively incentivizing people to do the right thing, even when they are provided with the opportunity to decide the wrong one.

Evans noted that the “right thing” for travelers is to use the routes and forms of transportation recommended by Alibaba and elsewhere on the platform.

Doing the “wrong thing” could lead to employees being unable to pay extra or loan out “bonus points” that can only be spent on the platform. Evans, however, stated that the “right thing” for travelers to do is to use the routes and forms of transportation as recommended by the Alibaba algorithm.

Alibaba also started creating Software as a Service (SaaS) applications for businesses to track their carbon footprints. “This is something that businesses would not normally develop themselves because it’s too expensive, but at scale for 10 million small businesses and 250 thousand brands, we can do this and we can roll this out.”

At the WEF annual meeting, the Alibaba Group’s president announced that they will roll out an individual carbon footprint tracker as well as a SaaS application for businesses.

Watch the video below to know more about the WEF and its role in the Great Reset agenda.

Days of Noah? Scientists Are Creating Mythological Chimeric Beings Unlike We Have Ever Seen