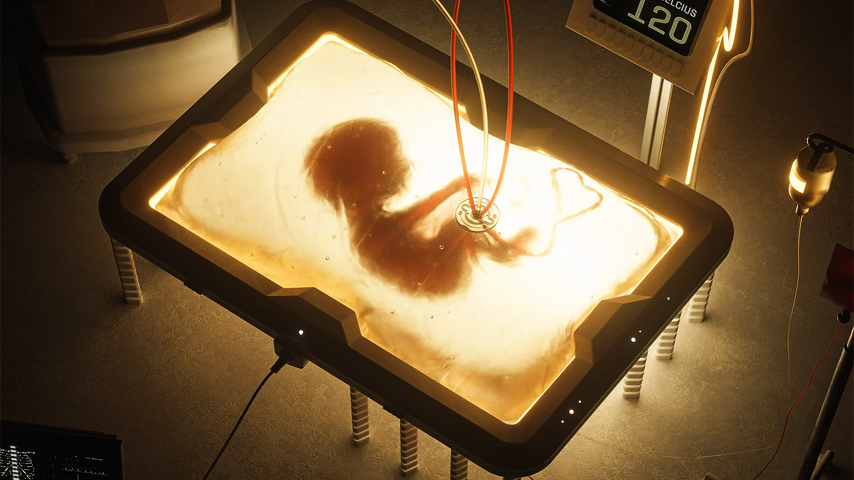 Researchers say the technology could help with an imminent population crisis, with birth rates in China at their lowest level in six decades.

Robotics and artificial intelligence can now assist in the development of newborns via the use of algorithms and artificial wombs, which is eerily similar to what we see in the cult classic, The Matrix.

According to the South China Morning Post, Chinese experts in Suzhou have pioneered the development of the latest technological breakthrough. However, there are concerns about the ethical implications of raising human beings in an artificial environment.

The discoveries were published in the peer-reviewed Journal of Biomedical Engineering by Suzhou-based scientists. The AI nanny, according to the researchers, might aid in the growth of human kids in a “long-term embryo culture device.”

This artificial womb is a big machine containing compartments for individual fetuses. The infants will be fed as they would be in a real womb if they are in the chamber, which will be filled with an optimized mix of “nutritious fluids.”

In what seems sort of eugenics-y, a record of embryo health and “developmental potential” will be kept on file by the software over the duration of the embryo’s development.

At the moment, the new technology is being utilized to assist in the development of animal embryos that are developing into fetuses in the laboratory. This is due to the fact that the act of experimenting on human embryos older than two weeks is prohibited under international law.

Additionally, as the SMCP points out, surrogacy is prohibited in China. Because artificial wombs would effectively convert a hospital or laboratory into a mother under Chinese legislation, the technology is unlikely to be deployed in the area anytime soon.

Having said that, the development of artificial wombs is not a new concept. While this is not a new discovery, bringing the technology into human mass production and mixing it with ranking AI is, and it is a development that is quite dystopian sounding.

Although the thought of artificially developing human infants is a far-fetched one, there are certain advantages to it. In the past, for example, the process of producing kids within people has been a lengthy, drawn-out, and unpleasant process, and this could potentially aid mothers who would like to have children but are currently unable to, without having to use a human surrogate. After all, the population is about to start shrinking by the billions by the end of the century and fertility rates around the globe are collapsing at a frightening rate.

This seems like more of a “when” rather than an “if”

When artificial human growth becomes available, it will enable couples who would otherwise be in danger during delivery to have children. An adoption is also an option for thousands of children currently in foster care who may be placed in permanent families.