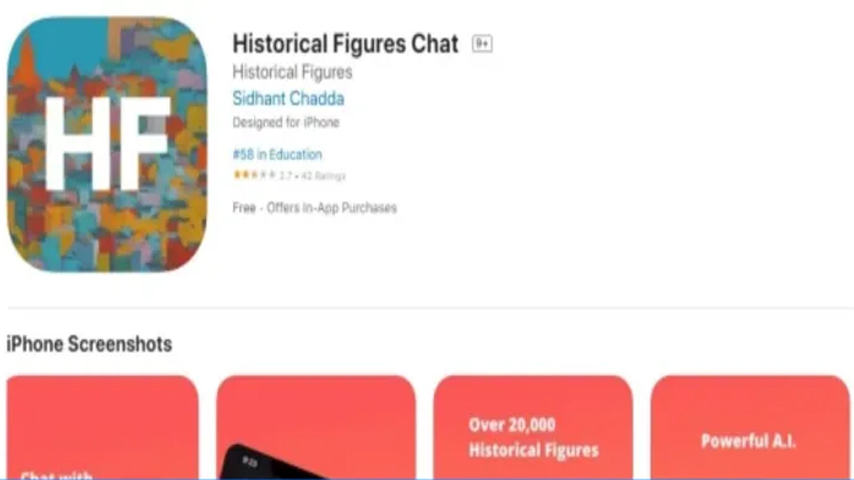 Users have been able to simulate talks with deceased public figures thanks to a NEW AI-powered chatbot.

Jesus, Joseph Stalin, and even Jeffrey Epstein are some of the well-known people who users of the program called Historical Figures Chat can mimic conversations.

The app was made available in early January by Chaddha, a software engineer currently employed at Amazon.

Since then, Vice stated that it has already been downloaded more than 6,000 times.

On the Apple App Store, it is presently ranked #58 in the category of Education.

Chaddha said that OpenAI’s GPT-3 served as his inspiration to Vice’s Motherboard.

It can write essays, poems, and even sophisticated code, among other jobs, in a matter of seconds.

“I was able to chat with some historical figures and I was like, why don’t I make this an app so that other people can have this experience as well?” Chaddha said.

The creator claimed that he specifically picked personalities who were popular during their lifetimes.

“For example, Jesus was very popular during his time period and so was Genghis Khan,” he explained.

“So I chose the first 20,000 because those large language models have the most confidence and knowledge about what these people did.”

Chaddha thinks that the app’s and chatbots’ overall popularity will continue to rise.

“Large language models will get better over time,” he said. “We’re in the early stages.”

“So I’m super optimistic that this will get to a point in the next year or so where the inaccurate stuff will completely go away.

“There are other things that can be done to make sure the app is more accurate. I’m working on some of those right now.”