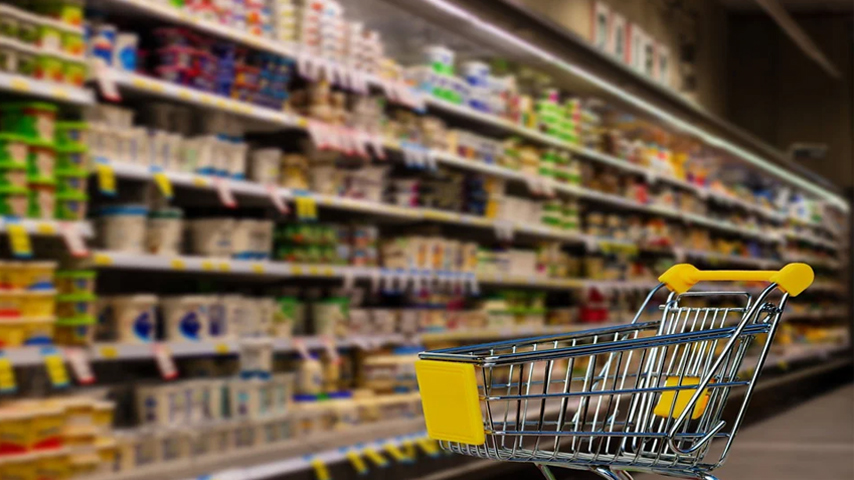 Earlier this week Tucker Carlson invited Iowa Corn and soybean farmer Ben Riensche on his top-rated program to discuss the massive inflation we are about to see in food prices here at home.

According to Rienshe, grocery prices may increase up to $1,000 per month due to Russia’s sanctions on fertilizer.

“It’s embarrassing how little most people know about fertilizer, what it means, tell us the implications of this sanction?” Carlson asked.

“Soaring fertilizer prices are likely to spike food prices,” Riensche said. “If you’re upset that gas is up a dollar or two a gallon, wait until your grocery bill is up $1000 a month. And it may not manifest itself in terms of price, it could be quantity as well. Empty shelf syndrome must just be starting.”

“I’m sorry, I just wanted to make sure I heard you correctly. Up $1000 a month?” an incredulous Carlson asked.

“Sure,” Riensche responded. “The price of growing my crops, or the major crops, corn, soybeans, wheat, rice, cotton are up 30 to 40%. They are on my farm. And most of it is fertilizer. Nitrogen prices are up 3 times from the left crop we put in. Phosphorous and potassium have doubled.”

Things are about to get real thanks to Joe Biden’s foreign policy failures.

Those who have it, are no longer giving it away, and those that don’t will soon find themselves in the middle of an epic food crisis.

Just hours after we reported that Russia effectively banned exports of fertilizers, moments ago Hungary – one of Europe’s most grain-rich nations – has circled the wagons and realizing which way the wind is blowing, just announced that it will be banning all grain exports effective immediately, in a statement.

Expect wheat prices, already at record highs, to promptly double from here in the next few weeks as the world realizes the extent of the global food crisis that is coming.

This brings us to Nostradamus’s predictions of 2022

Nostradamus predicted that inflation and starvation will befall us in 2K22, writing, “So high the price of wheat/That man is stirred/His fellow man to eat in his despair.” An essential human truth is that people get hungry and then they get mean — and with US inflation the highest it’s been in nearly four decades, Nos’ warning proves, so far, so true. No word on whether the rising price of wheat inspired this guy or this guy to take a bite out of their fellow man.