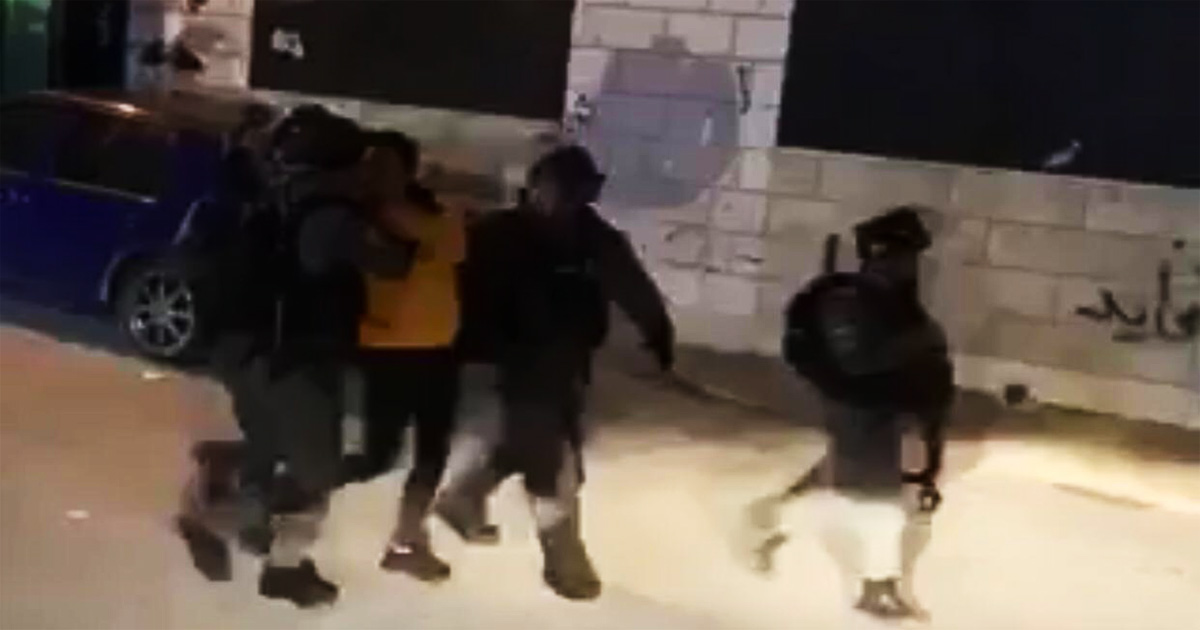 Israel Police continues to abuse Palestinians in al-’Esawiyah, including false arrests of minors, in operation ongoing since April 2019

Despite the unprecedented health crisis requiring residents of Israel and the Occupied Territories to take extreme social isolation measures, the Israel Police have chosen now, of all times, to escalate their abuse and collective punishment of Palestinians in the East Jerusalem neighborhood of al-’Esawiyah, as part of an operation that began in April 2019.

Border Police and Special Patrol Unit officers invade the crowded neighborhood daily, even at night, and more so on weekends, for no apparent reason and initiate friction with the residents. In the ensuing confrontations, the police act violently, firing sponge rounds, tear gas canisters and stun grenades. They also close off the entrances to the neighborhood. During these incursions, the police arrest residents, mostly minors, and take them to a police station where they are interrogated alone. Most minors are released after a short period, sometimes after spending all night in custody.

The police abuse of Palestinians in al-’Esawiyah, by now a permanent feature of life in the neighborhood, is illegal and cannot be justified even under the usual routine of occupation. Yet at this sensitive time, such conduct exposes residents to substantial, completely unnecessary health risks, as it encourages gatherings and forces arrested residents, including many minors, to leave home and be around strangers.

The police conduct is jeopardizing public safety (including the health of the police officers) and violating the medical guidelines on social isolation. The fact that Israeli authorities disregard the lives of al-’Esawiyah residents, including children and teens, is nothing new. Yet continuing and even escalating such conduct during a pandemic is an especially appalling manifestation of this policy.

‘They dumped him like trash’: Palestinian with suspected coronavirus symptoms thrown out of Israel