My name is Ankit Tayal and I was born in Delhi India. I’m a Hindu by birth. I would like to take you on my journey of realizing the truth and why I started this website. 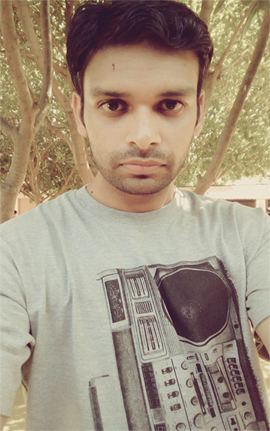 My journey started when I failed a series of job interviews and almost all my friends got nice jobs. I was broken. I didn’t want to face anymore interviews. I just wanted to run away. But running was not an option. I cannot run away from my family citing I’m useless.

My failures increased my curiosity I wanted to know more about this world and why it works the way it does. I didn’t have an ounce of knowledge back then what I have right now. My pursuit started with wanting to know more ways to make money.

I came across the famous book from Robert Kiyosaki ‘Rich Dad and Poor Dad’. That was the beginning. After finishing it I was enticed to read more of his books. I understood rich will always oppress the poor. In one of his books he mentioned the book ‘The creature from Jekyll Island‘ by G. Edward Griffin. That was the gold mine for me. It is one of the best books I’ve read till now.

Author clearly explains how Federal Reserve was seized by few rich people. Where does the money come from and where does it go. And how they control the money supply of all the world. It was 2017 when I stumbled upon this, fast forward few months to the trial of Mark Zuckerberg when he was accused of selling private data the users to Cambridge Analytica. When I was watching the trial, a comment mentioned he belongs to the Rockefellers family. That was one of the magic moments for me. Although I still don’t know whether its true or not. There was a link in the same comment which took me to the history of Rockefellers and Rothschild families that I knew from the book The Creature from Jekyll Island.

Reading through the histories of 13 Jewish families and how they run the world I found Mr. David Icke. I was so excited that I watched all his videos in just 2-3 days. In those days YouTube was a pretty good source of knowledge and learning. Although as much as I respect Mr Icke as a person I never understood his Reptilian phenomenon and shape shifting humans. I never doubted Mr. Icke and his plethora of knowledge but I needed more answers.

I searched more and found people like Max Igan from the ‘CrowHouse‘ and Mark Passio from ‘Whatonearthishappening‘. I studied natural law. Mark’s occult knowledge blew me away and I tried to digest as much as I could. But still the hole in my chest remained something inside told me these are not the answers to what I’m searching. Please understand I highly respect these people and amount of work they have done for truth community. My work is nothing but a speck of dust when compared to these Juggernauts.

I kept on searching and finally I found it. It was Professor Walter Veith from Amazing Discoveries channel who truly opened my eyes. I watched his ‘Onslaught Series‘ on YouTube. It contained around 40 videos ranging 70-80 minutes each. Everything became crystal clear. The saying ‘The greatest trick devil ever pulled is convincing people he doesn’t exist‘ became the crux of the matter. There is an enemy who goes by various names some call it Satan, some Lucifer or the light bearer, the morning star. Unless you understand your adversary the devil your journey is still incomplete.

I spent thousands of hours researching to reach this conclusion. I was raised up believing Hindu gods are the greatest and almighty. But one has to dig up extensive amount of information in order to unlearn the programming we’ve been fed from the beginning. Still nobody around me believes that Hinduism is pagan worship.

If you have read through all this you have my thanks. But there are a lot missing points which I can only sum up by saying I believe it is not me but the holy spirit in me which led to this discovery. When I look back at all the obstacles I faced which led to this discovery I can only say it was a blessing in disguise because none of my friends or relatives still believe anything I tell them. Whenever I talk to them it feels like they farted everything I told them before. It indeed is very frustrating waking up your loved ones. Which is why I truly feel blessed that nobody has to force feed me anything. I was led by holy spirit.

Who am I again? I’m the person who whole heartedly believes that Jesus Christ died for my sins and God raised him from the dead after 3 days for my sake. I’m an ardent Bible follower who believes in the Rapture and a 14 year tribulation period. I believe pre,mid and post Raptures are all true. Does 14 year tribulation period raise concerns for you? Please hop on to YouTube channels like ‘Ministry Revealed’ and ‘Sword of God’ ministries to learn more about it.

These are few of the ministries that I follow; Barry Scarbrough, Generation2434, Amazing Discoveries Africa, The Master’s Voice, Truthunedited, Watchman on the wall 88, The Controversy7, God’s Roadmap to the End, Robert Breaker, Off the Kirk Ministries, ManyFish, Rapture Saint.

Right now I only want to bring more and more people to the light of Christ. But there is no round about way of doing that. Truth can not be told it can only be realized. This is the main purpose of this website.

Thank You for bearing with me.