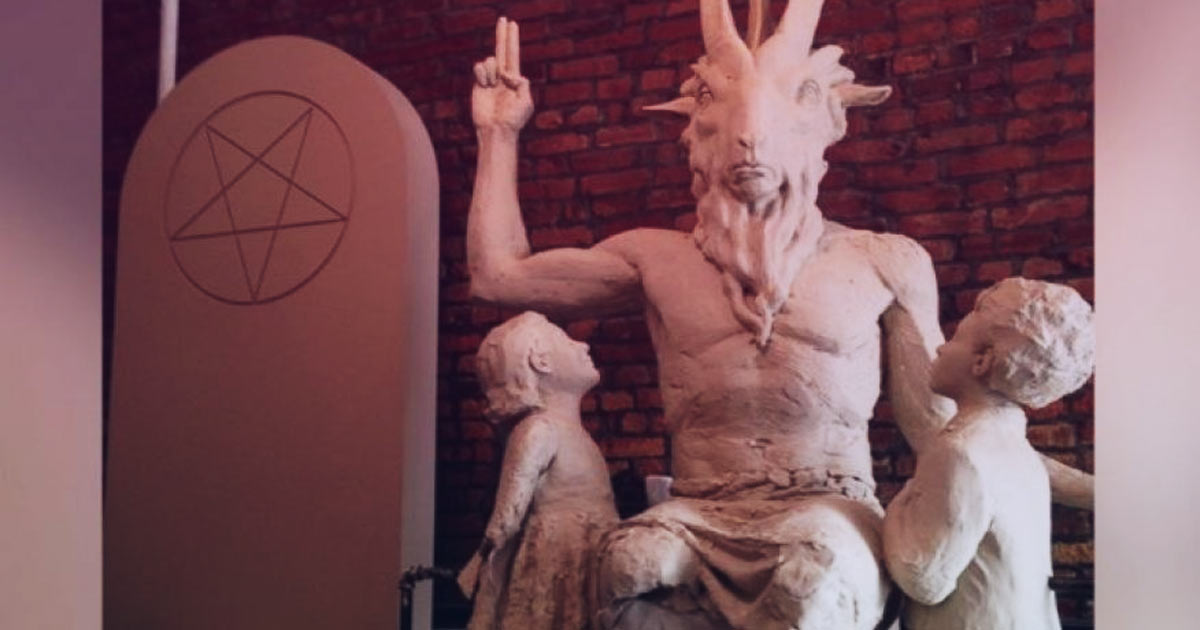 A pro-life group known as “Created Equal” has released a powerful new documentary entitled, Abortion: A Doctrine of Demons that exposes the many inextricable links between Satanism and the abortion industry.

UPDATE: The video was banned by YouTube, but it has been posted to Brighteon.com, the free speech alternative to YouTube. See below…

This 22-minute film, which you won’t want to miss, offers an inside look at the disturbing connections between the pro-death zealotry of Planned Parenthood fanatics and the aggressive “do as thou wilt” religious philosophy of Satanists.

As it turns out, pro-abortionists and Satanists both share the same autonomous mindset with regards to death. The former believe that they have an unrestricted right to death on demand, while the latter see death and blood sacrifice as a form of homage to their god.

Not only that, but many self-avowed Satanists are also aggressive advocates for abortion, illustrating that legalized baby murder directly intersects with the tenets of Satanism.

“And those who love death (abortion advocates) are often quick to embrace Satanism’s [tenets]. We hope to awaken a sleeping church to the spiritual battle we face.”

Watch the full mini-documentary at:

“Do as thou wilt” is the same thing as “my body, my choice”

Getting back to the idea of shared autonomy, the thing that perhaps most closely links the abortion industry to Satanism is these two groups’ shared belief that their members should be able to do whatever they want whenever they want, even when doing so means taking another human life.

“Most often, the ultimate value [abortion advocates] fight for is autonomy, freedom to do whatever they want,” the narrator in Abortion: A Doctrine of Demons, explains during the film.

“The greatest representative of pursuing autonomy is Satan. Satanism is therefore the perfect placeholder for these twisted values. Created Equal and other pro-lifers often encounter those whose support for abortion turns to worship, most evident under the banner of Satanism.”

Abortionists worship not just murder but also money, as we’ve seen with the undercover footage captured by the Center for Medical Progress (CMP) as part of its exposés uncovering the dark underbelly of the abortion industry.

As we’ve been reporting, many higher-ups at Planned Parenthood are complicit in an aborted baby organ harvesting racket that’s made many of them filthy rich. And in some cases, these organs are being harvested from still-alive babies because their organs are “fresher.”

In Abortion: A Doctrine of Demons, actual footage of abortionists shouting “Hail, Satan!” are also presented, as well as women claiming that killing babies is just fine and that having the Church of Satan around is far preferable to Christianity.

“Lone-soldier Satanists or lovers of abortion mocking Christianity do not prove a doctrinal connection between killing preborn babies and Satanism,” the film’s narrator makes clear.

“But those who love death are often quick to embrace its tenets. This is not surprising when the Satanic Temple teaches that defending abortion access is a worthy form of worship.”

The film further depicts actual Satanists vocalizing their support for abortion as an acceptable form of satanic worship, including Satanic Temple president Lucien Greaves who states that “[o]ne’s body is inviolable, subject to one’s own will alone” – in other words, “my body, my choice,” like the abortionists are constantly screaming during their Women’s Marches.

“By contrast, abortion defenders seem to adhere to a paradoxical religious secularism. Fighting religion has become their religion. For this, there is no greater hero than Satan himself, whose rebellious nature culminated in opposition to the God who, in the words of abortion supporters, tyrannically oppresses them.”

The free link to watch Abortion: A Doctrine of Demons on Vimeo is available at CreatedEqual.org.

You can also keep up with the latest news about abortion at Abortions.news.

Harvard professor: ‘Make the burden of being unvaccinated so high that people will have to comply’