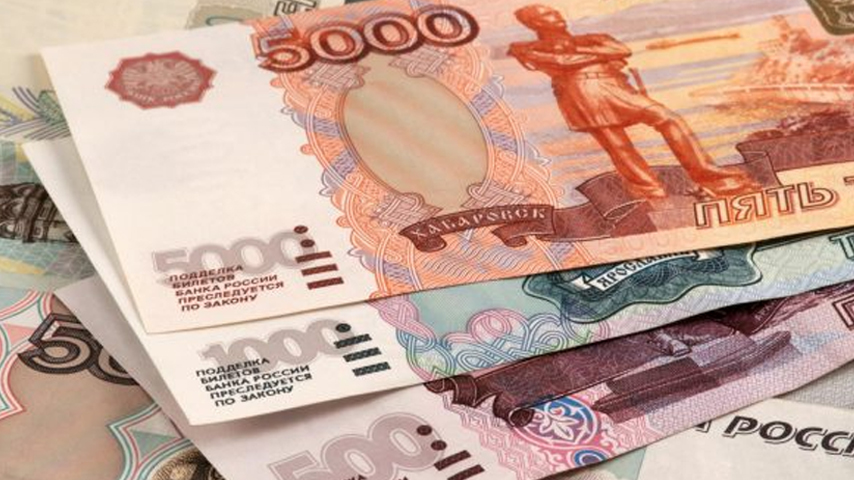 Can you do this: remove Russia’s central bank and a number of other commercial banks from the SWIFT payment messaging system. That’s what just happened.

This is the weaponization of money on this scale we’ve never seen before.

Why do I say this?

Because the second-order effects are that the whole world sees this. Pray tell, what China thinks of this now? I’ll tell you what. They will make it a priority to NOT need the US dollar going forward. They were already well on that path, but expect this to ramp up significantly now. Particularly before they invade Taiwan. I don’t want to sound bombastic, but this is a turning point in monetary history. When the US left American soldiers stranded in Afghanistan and rescinded all its promises to Afghans, it effectively told the rest of the world that it couldn’t be trusted as a military ally. I wrote about it at the time and suggested that they were waving a giant flag showing weakness. Now I’m not the first person to say I don’t think the US should have been poking about in all these far-flung corners of the earth in the first instance. I’m just pointing out that there would be consequences. And here we are.

Now, by canceling Russian banks and hence millions of Russian citizens and businesses from trading globally (via SWIFT) they just announced that the US monetary system could not be trusted. Unless you abide by whatever it is the West wants you to abide by, you’re out.

This paves the way to the end of USD hegemony and the acceleration towards a bipolar monetary order. It presents a huge problem. Think it through. China’s PBOC and Russia’s central bank all hold the paper with other central and commercial banks, and they will draw those or call them. That in itself would reduce funding at those banks as swap lines would be canceled (we had a precursor in 2008 to this) as it would involve massive amounts of funding problems. Think of all the overnight paper that won’t now roll.

Firstly, a dollar short squeeze. And eurodollar spreads blow out and a dash for USD to begin.

The below I copied from a chat with Lucas and Brad because though it’s unedited (NSFW warning) it allows me to get this out to you faster and well, I’m running out of time so…

​Chris: “This is way bigger than just SWIFT, it’s the dollar based system.”

⁨Brad: “Well, we get back to the payment of oil in non USDs (isn’t that what got Saddam in trouble?”

China and Russia. Sucks but shit that’s the reality. Thugs all round.

By using SWIFT as a weapon they just accelerated the demise of the dollar based system. You see now this action HAS to bring everyone to heel and if it doesn’t you’ve set off something you can’t control or finish. You’re done if it fails. And guess what. It’s gonna fail.”

⁨Lucas: “I wonder if the people in power understand what they’re doing. They’re either fucking dumb or fucking evil. Or both I guess.”

Chris: “It all comes back to fundamentals though. The Bretton Woods monetary order which gave way to the post 1971 petrodollar system with the USD as the world’s reserve currency was based on the arrangement that the US military would police the global trade routes, principally shipping (one very very good reason to own shipping now) and that the US government would run trade deficits in exchange for creditor nations reinvesting that capital back into US debt markets. Basically, the ROW funded US growth. That was early days until US growth became US consumption and manufacturing began being exported to EM. Still, it provided them with the most liquid credit markets to both finance business but also sadly the deep state….which ironically gets us into the shitshow we are now in today, where the deep state has grown into such a massive cancer. US manufacturing is no longer competitive and their main export is dollars. In any event that’s been the status quo. The rest of the world is tired of the US using this privilege by running up debts and enforcing not democracy but deep state corruption on them. But for ROW there was no real alternative because….well the US military.

but Afghanistan changed that.”

Chris: “The US military is in retreat, a trend that started under Obama, accelerated with Trump but has continued under Biden with the catastrophically badly managed withdrawal of troops from Afghanistan. Question is. If the US military is in retreat, can the petrodollar monetary reserve system still be enforced? Why would countries voluntarily settle transactions in USD if they felt that the value of their goods being sold was continually being debased? Only if the military poses a sufficient threat? That’s now being tested in Ukraine.”

⁨Lucas: “I wonder what BTC is going to do in the next little bit”

Chris: “Tentatively bullish with the caveat the govt’s of the world (all of them) won’t want to cede power to it. With regards to the US being able to do anything…now with inflation running in the US, the appetite for sending the military to far-flung places such as Ukraine is pretty slim. So Biden etc can’t enforce foreign policy any longer. They are increasingly neutered.

Think of Europe. Biden admin wants them to NOT use Russian energy

Fine, OK. Is the US gonna send them natty at the same prices?

That would be politically difficult. Due simply to logistical costs they’d have to subsidize EU energy. Send it to them while taking the hit in order to keep the political dynamics and power in their favor. But when Joe Sixpack in the US and his missus are paying 2x at the pump they ain’t gonna be impressed they’re paying for Heinz in Berlin to heat his sauerkraut. And elections are looming in November. So sleepy Joe or more accurately his handlers and are faced with choosing between political suicide domestically or ceding ground internationally. I mean what are they realistically gonna do? Send that tranny Admiral Levine over in a pink humvee to wallop Putin with a giant dildo?

The critical point is that by using SWIFT they just signaled that any country that isn’t friendly to the west MUST do. And that is to rapidly move away from SWIFT and the USD. And like YESTERDAY!”

Brad: “Well China has got many African and South East Asia countries wrapped up. India?
Also, think about countries like Afghanistan which the Chinese have wrapped up….and those countries along the Belt and road thing and Iran.”

⁨Brad: “This is way bigger than Russia and Swift.”

Lastly, before I leave you on this particular topic. Take a look at Chinese-Russian trade settlements over the last 5 years.

Sanctions began this process and now eliminating them from SWIFT will accelerate it. You see, the thing with sanctions is that they’re like a gym workout. In the beginning, they’re painful but by the end, you just build a tolerance to them as you grow stronger. Russia has had sanctions for years. They’ve built resistance to them.

In the political world. In a world littered with sociopaths and thugs, Putin is arguably the most experienced thug. In fact, if you listen to his speech it was anything but the rantings of a mad man. Excerpted below are the thoughts from Gavekal research.

What is Vladimir Putin really trying to achieve? And how far is the West willing to go to try and stop him? In thinking about these issues, it is worth trying to imagine a world in which both Russia and the West behave rationally, while recognizing that this assumption may well turn out to be wrong.

A good place to start in this exercise is with the hour-long speech on Monday evening in which Putin effectively declared war on Ukraine.

On reading his speech—and then listening to it again in the original Russian —it struck me as the opposite of a rambling diatribe by a senile madman, which is how it was described by the Western media. It struck me as a coherent, logical argument which proceeded with almost mathematical clarity from axiomatic premises of history and military strategy which Putin set out in the first 40 or 50 minutes to the belligerent conclusions he announced at the very end.

While Putin’s axioms—about Ukraine’s borders, Russia’s historic destiny and the West’s aggressive intentions—could be attacked as morally evil or historically questionable, there was nothing deranged or illogical about the thought process that led him from these assumptions to the military actions that are unfolding now. It therefore seems worth seriously considering Putin’s thought process and motivations, instead of just dismissing everything he says as the ravings of a paranoid madman. This is not to endorse his conclusions, but to understand what is likely to happen next.

It is hard to imagine much of this hasn’t been war-gamed in Moscow and Beijing well beforehand. So what may Putin do?

Well, he could turn to anyone that wants Russian wheat, gas, oil, coal, steel, lead, zinc, copper, nickel, aluminum, and yes, enriched uranium (of which Russia produces a whopping 50% of global supply) and say, “Pay us with this shiny new ruble/yuan system.” He can legitimately say, “Sorry, we can’t use SWIFT, and we don’t want USD.” Now I’m not saying he’ll do it, but what is clear is that both China and Russia have been working towards alternatives aggressively since 2014.

From our standpoint. This is a currency war now going on. It has been in play for years but now has burst out into the open. We don’t think we need to figure out the currency war itself (though we’ve alluded to what we think can transpire in this week’s issue), but rather to focus on the fact that we’re heading smack bang into a solvency issue and in that sort of crisis we can’t think of anything better to own that real tangible.

Globalists want to track your “individual carbon footprint” for total control over your travel, food and consumption of goods