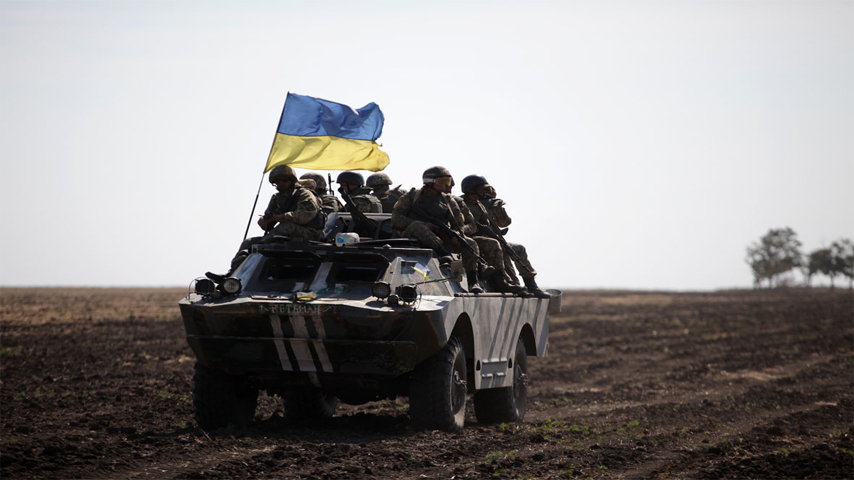 A surprising op-ed in MSNBC arguing that Russia’s invasion of Ukraine was likely “preventable” if the US and NATO had merely tried to take a path of muscular diplomacy and potential compromise appears to have slipped past the mainstream media censors and gate-keepers.

Since the start of the Thursday, Feb.24 invasion, the prevailing narrative concerning Russia’s motives has been largely limited to an ultra-simplistic hollywoodwesque story that goes something like this: one day a big bully and monster named Putin decided he wanted to invade and kill people in a neighboring country, and that he further wants to “resurrect the old Soviet Union”.

But in a refreshing realist op-ed piece, MSNBC political columnist Zeeshan Aleem exposed the self-serving Washington narrative which was intended more for the consumption of masses as false. Aleem points to a much more complex and nuanced reality, reminding the public of what should be obvious to any student of history – that the top diplomats and US officials who oversaw post-Soviet negotiations with Russia over Europe’s security order in the 1990s knew full well that if NATO ever got expanded up to Russia’s borders, it would be suicide. It was predicted decades ago that war would be triggered in such a scenario.

As the political relations professor and scholar John Mearsheimer put it in 2015, “What’s going on here is that the West is leading Ukraine down the primrose path, and the end result is that Ukraine is going to get wrecked.”

Relying on some of these past scholars and US statesmen, the recent MSNBC piece describes a war that could have easily been avoided:

The fact that the NATO status question was not put on the table as Putin signaled that he was serious about an invasion — so plainly that the U.S. government was spelling it out with day-by-day updates — was an error, and potentially a catastrophic one. It may sound cruel to suggest that Ukraine could be barred, either temporarily or permanently, from entering a military alliance it wants to be in. But what’s more cruel is that Ukrainians might be paying with their lives for the United States’ reckless flirtation with Ukraine as a future NATO member without ever committing to its defense.

After all, the columnist points out, it was hugely unlikely that Ukraine would have ever become a NATO member for many years to come anyway, given that Article 5 necessitates that any potential member must have control over their own borders. Of course, given the Donbas conflict which has raged since 2014, this alone would preclude Kyiv’s entry.

But neither Brussels nor Washington was interested in “losing face” or making any level of concessions to Moscow, and now Ukrainians are suffering immensely after for years they were promised a “path” to NATO:

But for the West to offer to compromise on Ukraine’s future entry into NATO would have required admitting the limitations of Western power.

“It was the desire of Western governments not to lose face by compromising with Russia,” Anatol Lieven, senior research fellow on Russia and Europe at the Quincy Institute for Responsible Statecraft and the author of “Ukraine and Russia: A Fraternal Rivalry,” told me. “But it was also the moral cowardice of so many Western commentators and officials and ex-officials who would not come out in public and admit that this was no longer a viable project.”

…”Cowardice” which was no doubt linked to the climate of accusations of “everyone’s a Russian agent!” if they don’t fall in line with the dominant narrative of the past five years since the Trump-Russiagate claims.

Most fascinating thing about the Ukraine war is the sheer number of top strategic thinkers who warned for years that it was coming if we continued down the same path.

No-one listened to them and here we are.

Small compilation 🧵 of these warnings, from Kissinger to Mearsheimer.

“The choice that we faced in Ukraine — and I’m using the past tense there intentionally — was whether Russia exercised a veto over NATO involvement in Ukraine on the negotiating table or on the battlefield,” said George Beebe, a former director of Russia analysis at the CIA and special adviser on Russia to former Vice President Dick Cheney.

Below is the full University of Chicago John J. Mearsheimer lecture, which is now going viral…

The CIA’s Beebe follows with this almost unbelievable line:

“And we elected to make sure that the veto was exercised on the battlefield, hoping that either Putin would stay his hand or that the military operation would fail.”

Again this illustrates perfectly Mearsheimer’s prior prediction: “…the West is leading Ukraine down the primrose path, and the end result is that Ukraine is going to get wrecked.”

George Kennan, the living legend who had fathered America’s policy of containment against the Soviet Union, called NATO expansion “a strategic blunder of potentially epic proportions.” Thomas Friedman, America’s most prominent foreign policy columnist, declared it the “most ill-conceived project of the post-Cold War era.” Daniel Patrick Moynihan, widely considered the most erudite member of the US Senate, warned, “We have no idea what we’re getting into.” John Lewis Gaddis, the dean of America’s Cold War historians, noted that, “historians—normally so contentious—are in uncharacteristic agreement: with remarkably few exceptions, they see NATO enlargement as ill-conceived, ill-timed, and above all ill-suited to the realities of the post-Cold War world.”

University of Chicago students circulating a letter calling for the cancellation of John Mearsheimer over “Putinism,” “anti-Ukrainian ideology,” and spreading Russian disinformation like that there was a coup in 2014 and it included fascists. pic.twitter.com/HlI8qEOMgo

And now tragically the world is witnessing the blowback, suffered most intensely and immediately by the very Ukrainian people that NATO powers claimed to have wanted to protect.

Truly sad that we are being frogmarched into war with an opponent whose statements are being ignored by our M$M.

Putin– “If Ukraine is a NATO member, then according to the North Atlantic Treaty, all other members must support the country in case of a military conflict. No one besides us has recognized Crimea as Russian territory. The yare conducting military operations in Donbas but also could move onto Crimea, and in such case, we would have to fight with the whole of NATO. What is that? Do you understand the consequences? I think everyone understands.

Now they (Ukraine) are talking about acquiring nuclear status, i.e. developing nuclear weapons. We cannot possibly ignore such things, particularly considering that we know how the so-called West behaves with regard to Russia. First, Ukraine has some nuclear competence left from the Soviet time. As far as enrichment and nuclear material are concerned, they would be able to organize that work. They have missile abilities: suffice is to mention Yuzhmush. This company used to build intercontinental ballistic missile equipment for the Soviet Union. They could recover that ability and do it. And those from across the ocean would even help them do it. And after that would say: “Well, we do not recognize the nuclear status; they have done everything themselves”. And then they would put these complexes under control, and from that moment on, from that very second, the fate of Russia will be completely different. Because in that case, our strategic adversaries would not even need intercontinental ballistic missiles. They would keep us right here at the nuclear gunpoint, that is all. How could we disregard such a thing? These are absolutely real threats, not some far-fetched silly fantasy.”