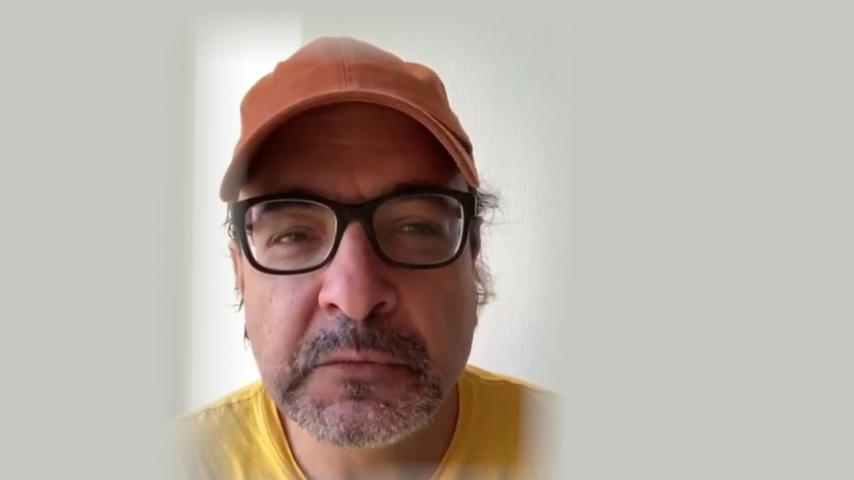 Gonzalo Lira just delivered a decent recap of the war in Ukraine.

A quick recap for those who haven’t followed what’s been going on in Ukraine but want to understand: 02/24: The Russians invaded from the south, south-east, east and north, in a lightning campaign. The Russians invaded with 190K troops—against 250K combat troops from Ukraine.

The RF put 30K troops near Kiev—nowhere near enough to capture the city—but enough to pin down some 100K AFU defenders. The RF also launched several axes of attack, with reinforcements on standby (including a famed 40km long tank column), to see where they might be needed.

Crucially—the Russian’s blitz on several axes pre-empted an imminent UKRAINIAN blitzkrieg. The AFU had been about to invade the Donbas. This was the immediate motivation for Russia’s invasion: To beat them to the punch and scuttle Ukraine’s imminent invasion—which they did.

Also, by attacking from the north and south, the Russians disrupted the weapons supply chain from NATO. Had the RF only attacked in the east to prevent the AFU invasion of Donbas, there would have been an open corridor for resupply from the West. Threatening Kiev stopped that.

So the main AFU army was left stranded in east Ukraine, with the rest of the Ukr. forces isolated and pinned down—with no easy resupply from the West. The RF then went about hitting AFU command/control and resupply links, further isolating and immobilizing Ukrainian forces.

The Russians soon nominally controlled land the size of the UK in Ukraine—but it was a tenuous control. The south of Ukraine was more fully in Russia’s grip. The AFU around Kherson simply scattered. Mariupol became a clear battleground, as did the Donbas proper.

What the Russians initially wanted was to:

Kiev had no intention of negotiating a ceasefire because of orders given to them from Washington: “Fight Russia to the last Ukrainian!” Also, the Neo-Nazi goons around Zelensky threatened him if he negotiated and surrendered because they are terrified of the Russians.

So Zelensky launched a massive PR and propaganda campaign, primarily to motivate AFU forces to fight to the death. Myths were created (Ghost of Kiev), false flags were carried out (Bucha, Kramatorsk) and relentless media stories were flogged relentlessly.

The Russians kept negotiating and trying to NOT destroy Ukraine’s infrastructure. In fact, at first, they were even trying to minimize AFU casualties. The evidence for this is overwhelming: The RF did not hit civilian infrastructure – water, electricity, phone, transportation. They did not hit AFU barracks, command centers, government buildings, etc.

The Russians’ initial priority was for a *negotiated settlement*. But by late March, they realized this was impossible.

This is why the RF withdrew from Kiev. There was no sense putting men near the city when they were not doing what they were supposed to do – putting political pressure on the Zelensky regime to negotiate. This withdrawal was claimed as a “victory” in the “Battle of Kiev”! lmao

Starting in late March, the Russians pulled back and solidified their control over the area they had captured, ceding to the AFU areas that were either pointless or potentially too costly to control. The Ukraine propaganda machine called all these pull-backs “victories”.

There was still a glimmer that the war might end in a negotiated settlement but that ended in early April. After the Istanbul talks of 3/30, the Ukraine side gingerly agreed to some compromises but within a week publicly disavowed those concessions.

That’s when the Russians realized the Zelensky regime was agreement-incapable: Their Washington masters, Victoria Nuland and Anthony Blinken in particular wouldn’t allow a peace. They want this war to sap Russia dry. It is a classic proxy war and Ukraine will pay the price.

Something else the Russians realized: Sanctions. They hurt but Russia bounced back with remarkable speed. They didn’t really hurt that bad. But the theft of Russia’s $300 billion in foreign reserves by the West DID hurt – badly. The Russians realized they were in a total war with the West and since their foreign reserves were lost forever (likely to be pilfered by corrupt Western politicos), the Russians now have nothing left to lose. By stealing their reserves, the West lost all power over Russia.

This has sealed Ukraine’s fate: The Russians now have no incentive to give up what they have conquered. It has cost them too much in terms of men and treasure. And they know that they can’t negotiate a ceasefire. The Zelensky regime will simply break it later.

The Russians intend to conquer and permanently annex all the south and east of Ukraine. This is why their strategy on the battlefield has dramatically shifted: Now they are carrying out a slow, methodical grinding down and destruction of the AFU.

The war in the first 30 days was speed, feints, nominally capturing vast swathes of Ukraine territory, with the aim of pressuring the Zelensky regime into a negotiated settlement. But the West’s total financial and political break with Russia means they have nothing to lose. And they have a lot to gain: The Donbas is mineral-rich, the really productive farmlands of Ukraine are in the east and south, Kharkov is a major industrial city, the Sea of Azov has untold natural gas reserves.

And besides – the people love them. Why would the Russians now give up this hard-won prize?

And they *have* won – make no mistake. Ask any military man who is not a system pig, he’ll tell you: There is no way for the AFU to retake their country. They have no armor, no air defense, no fuel, no comms – it’s over.

The great tragedy is that so many THOUSANDS of young men will die, and die NEEDLESSLY!!,  in order to postpone the inevitable. These brave boys will have fought so valiantly – and died so young, so cruelly -because of the evil of the Zelensky regime.

And in the end, this will be the map that will remain—a bitter image of Ukraine’s future. Russia will pour billions into their newly acquired territory. It will prosper and flourish. But the rump-state of Ukraine will be left poor, destroyed, forgotten. I concur with the above except for two minor detail. The move on Kiev was not intended to hinder resupply to Ukrainian troops in Donbas but to ‘fix’ potential reinforcement around the capital. That enabled Russian troops to open the corridor from Crimea to the Russian border as well as to cross the Dnieper in the south and take Kherson. Those were the most important moves for the further development of the war.

I also do not believe that Russia will ‘annex’ the areas it is liberating from fascist control. Once liberated the people in those areas will vote on becoming independent from Ukraine and the various regions, Donbas, Luhansk, Kherson, and Odesa, will form states that will become part of the Federal Republic of Novorossia.

That country will be recognized and supported by Russia and its allies.