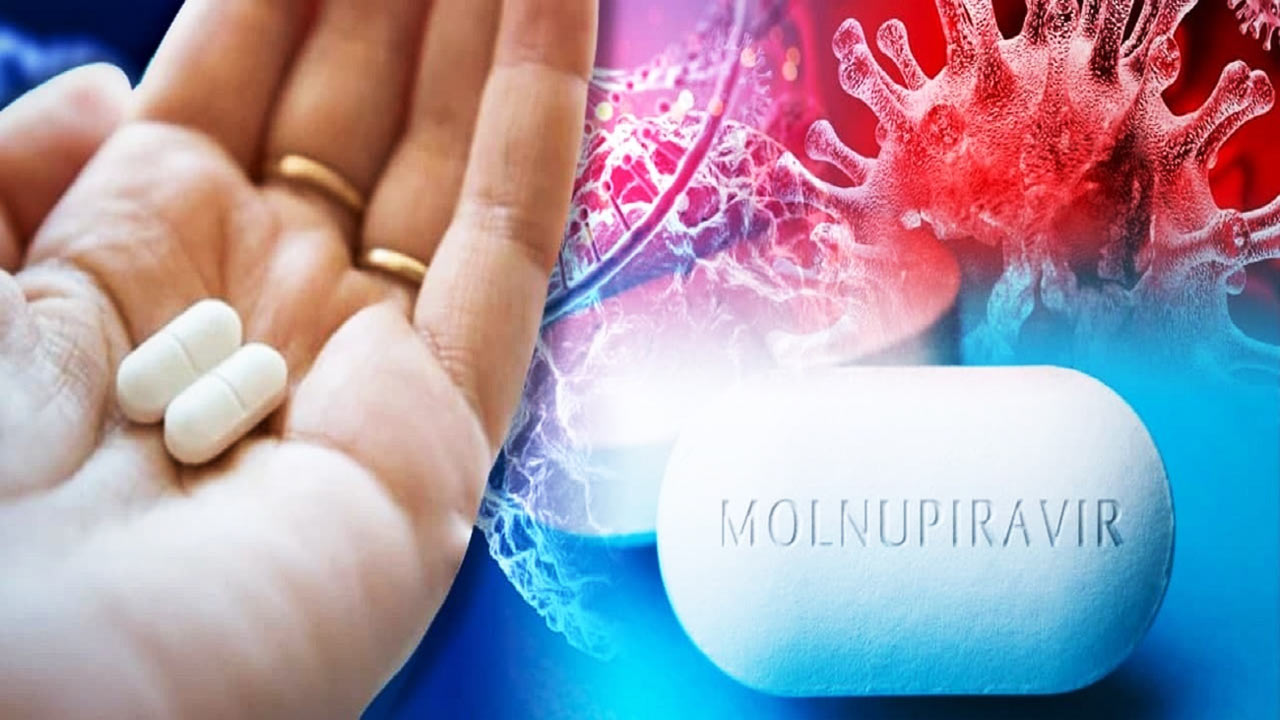 The first oral antiviral for treating COVID-19, Merck & Co.’s Molnupiravir, received approval from the U.K. Medicines and Healthcare products Regulatory Agency on 4 November. But the approval, for people at high risk of severe disease, comes as a prominent virologist has suggested using Molnupiravir could do far more harm than good, potentially unleashing new, deadlier variants of SARS-CoV-2.

Molnupiravir works by interfering with viral replication, littering the viral genome with mutations until the virus can no longer reproduce. The drug’s ability to mutate RNA has raised persistent fears that it could induce mutations in a patient’s own genetic material, possibly causing cancer or birth defects; studies so far have not borne out those fears.

Now, William Haseltine, a virologist formerly at Harvard University known for his work on HIV and the human genome project, suggests that by inducing viral mutations, Molnupiravir could spur the rise of new viral variants more dangerous than today.

The School That Pioneered Polio Shots Will Give Kids the COVID Vaccine, Too

Through the long tunnel of time, Jackie French Lonergan still remembers the day very clearly. It was April 26, 1954, and she was a second-grader at Franklin Sherman Elementary in McLean, Va., a little girl with a brown pageboy haircut and a gap-toothed grin.

Lonergan’s parents had quickly signed the permission slip, worrying little or not at all about the fact that their daughter and 81 other second-graders at Franklin Sherman were about to be guinea pigs — the very first children in the country to receive the polio vaccine as part of a massive national trial to test the immunization before offering it to the general public.

On Monday, Franklin Sherman will reprise its historic role as a vaccination site for Fairfax County schoolchildren. And first lady Jill Biden is scheduled to be on hand at the elementary school as another mass pediatric vaccination campaign — this one aimed at protecting children ages 5 to 11 from COVID-19 — gets underway.

The Biden administration is encouraging local school districts to host clinics to provide COVID-19 vaccinations to kids — and information to parents on the benefits of the shots — as the White House looks to speedily provide vaccines to those ages 5 to 11.

First lady Jill Biden and Surgeon General Dr. Vivek Murthy are set to visit the Franklin Sherman Elementary School in McLean, Virginia, on Monday to launch a nationwide campaign to promote child vaccinations. The school was the first to administer the polio vaccine in 1954.

The visit comes just days after federal regulators recommended the COVID-19 vaccine for the age group. The White House says Biden will visit pediatric vaccination clinics across the country over the coming weeks to encourage the shots.

More than a half-million booster doses of the COVID-19 vaccine have been administered in Minnesota to counter the latest Delta wave of the pandemic and waning immunity among people who received shots months ago.

The Minnesota Department of Health in the past week identified another 7,821 breakthrough coronavirus infections among more than 3.2 million fully vaccinated people in the state, including another 111 people who died of COVID-19 despite their immunizations.

The state’s breakthrough total as of Monday reached 64,844 infections — more than 2% of the fully vaccinated population — and 483 COVID-19 deaths.

Pfizer is expected to seek US Food and Drug Administration emergency use authorization for a coronavirus vaccine booster shot for people 18 and older, a Biden administration official said Monday. The request could come as soon as this week, although the date could shift.

The authorization would bring the country one step closer to President Joe Biden’s mid-August prediction that boosters would be available for all adults in the United States.

In the U.S., Kids’ COVID Vaccine Pokes Holes in Relationships of Separated Couples

The Times of Israel reported:

Michael Thompson, a 47-year-old executive recruiter from Illinois, expects his former wife to take him to court over-vaccinating their two children against COVID-19.

He doesn’t trust the vaccine for children, but she wants to follow U.S. health guidelines and have their 8-year-old and 10-year-old inoculated.

“I’m vaccinated, but I don’t feel the need for my kids to get the vaccine until it’s been proven more,” Thompson told AFP. “We don’t know the long-term effects for kids.”

COVID Vaccine Mandates and the Question of Medical Necessity

So, what does the evidence say regarding people who have previously been infected with SARS-CoV-2?

Rather than blanket mandates requiring vaccination, it may be more politically tenable and scientifically sound to focus on the documentation of immunity — whether through infection or vaccination — to control the pandemic and stratify persons at risk. Identifying immunity is not challenging, and several other countries already have models on which the U.S. could base its approach.

Regeneron Pharmaceuticals Inc (REGN.O) said on Monday a single dose of its antibody cocktail reduced the risk of contracting COVID-19 by 81.6% in a late-stage trial, in the two to eight months period following the drug’s administration.

The antibody therapy, REGEN-COV, is currently authorized in the United States to treat people with mild-to-moderate COVID-19 and for prevention of infection in those exposed to infected individuals, and others at high risk of exposure in settings such as nursing homes or prisons.  read more

The European Union is negotiating with Merck & Co (MRK.N) and Pfizer (PFE.N) over possible contracts to supply their experimental COVID-19 drugs, an EU official told Reuters, adding that talks with Merck were more advanced.

Talks with Merck were more advanced because it has already begun submitting data to the European Union’s drugs regulator, the official added.

Pfizer has yet to submit any data because preliminary results of its trials were published only last week, a month after Merck’s first results.

How Protein-Based COVID Vaccines Could Change the Pandemic

Unlike the relatively new technologies that the mRNA and viral-vector COVID-19 shots are based on, protein vaccines have been used for decades to protect people from hepatitis, shingles, and other viral infections.

To elicit a protective immune response, these shots deliver proteins, along with immunity-stimulating adjuvants, directly to a person’s cells, rather than a fragment of genetic code that the cells must read to synthesize the proteins themselves.

After months of quality-control setbacks and manufacturing delays, executives at biotechnology firm Novavax in Gaithersburg, Maryland, say they are poised to submit the company’s long-awaited application for their protein-based vaccine to U.S. drug regulators before the end of the year.

COVID Linked to Heart Inflammation in Cats and Dogs

Late last year, as the coronavirus surged across the United Kingdom, Dr. Luca Ferasin and his colleagues started noticing an uptick in patients with symptoms of myocarditis, or heart inflammation.

But these patients weren’t humans; they were cats and dogs.

“These were dogs and cats that were depressed, lethargic, they lost appetite,” said Ferasin, a veterinary cardiologist at The Ralph Veterinary Referral Centre in Buckinghamshire, England. “And they had either difficulty breathing because of accumulation of fluid in their lungs due to the heart disease, or they were fainting because of an underlying abnormal heart rhythm.”