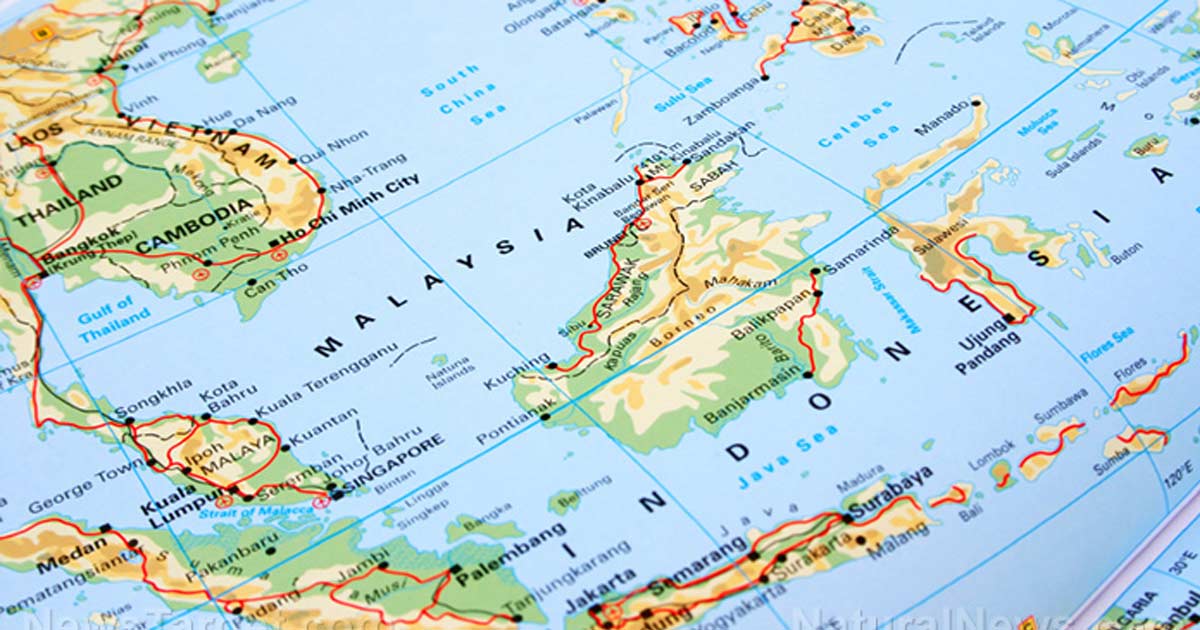 To prevent people from breaking coronavirus quarantine rules in the Sragen Regency (a county-level administrative division) in the province of Central Java, Indonesia, local authorities have resorted to more creative methods of deterring would-be lawbreakers, such as by locking them up in a haunted house.

In recent weeks, authorities in the regency have had problems with its residents breaking quarantine measures. Many of these rule breakers are people returning to their home towns and villages to try and escape the lockdowns being put in place in larger cities on the island of Java, such as in Jakarta. Rather than threatening these residents with fines or possible jail time, the head of the regency, Kusdinar Untung Yuni Sukowati, has instead pledged to quarantine them in “haunted houses.”

Scare tactics: This village in Indonesia locks up people breaking quarantine rules in a "haunted house".

“If there’s an empty and haunted house in the village, put people in there and lock them up,” said Sukowati. The regency head has instructed towns and villages in Sragen Regency to repurpose abandoned buildings and houses, specifically those that locals fear may be haunted, in order to work with Indonesian folk beliefs and fears of the supernatural. This, they hope, will deter residents from breaking quarantine rules.

Several residents have already been punished for violating lockdown measures in this manner. Two residents from a village known as Plupuh who were told to self-isolate, broke quarantine and were locked inside what Sukowati called an “abandoned haunted house.” As of press time, only around three other regency residents had reportedly been forced to spend their two-week quarantine in the abandoned houses.

One of them, Henri Susanto, came to Java from the neighboring island of Sumatra to the west and promptly disobeyed quarantine procedures after arriving. He was quickly locked up by regency authorities. He told reporters that he still hasn’t encountered any ghosts.

Sukowati has stated that she has been forced to use abandoned buildings and houses as quarantine locations because the regency itself doesn’t have any dedicated facilities to house people suspected of carrying the virus. These houses, she stated, are the only places in the regency where people under suspicion can be isolated from the rest of the populace.

A neighbourhood in Indonesia's central Java province has deployed local 'ghosts' to patrol the streets and scare people into staying home in order to curb the spread of the novel coronavirus. pic.twitter.com/FfdqXXyEKJ

Sragen Regency isn’t unique in using unorthodox practices to deter people from breaking quarantine measures. The village of Kepuh, also in central Java, has resorted to using people dressed as ghosts to jump out at unsuspecting passers-by, scare them into running back home, and then gliding off into the darkness.

“We wanted to be different and create a deterrent effect because ‘pocong’ are spooky and scary,” said Anjar Pancaningtyas, head of a youth group in Kepuh. Pancaningtyas coordinated with local police in an effort to promote social distancing among villagers.

“Pocong,” as the ghosts are called, are supernatural figures in Indonesian folklore. Similar to Egyptian mummies, they’re described as being wrapped in white burial shrouds typical of Islamic funerals. The faces of the pocong are uncovered, powdered and covered in eyeliner. According to Indonesian folk beliefs, the pocong represent the trapped souls of the dead.

When the authorities first launched this unconventional tactic, it had the opposite effect. Instead of scaring people off, the pocong kept people outside – which made the police change their tactics. Now, instead of having pocong stand by in certain areas of the village, they have resorted to surprise patrols where the pocong can suddenly jump out at quarantine violators, seemingly from nowhere.

Without any strong national quarantine guidelines, Kepuh authorities believe they have no choice but to take matters into their own hands. Other than the “pocong patrols,” Kepuh has restricted movement in and out of the village and imposed a local lockdown.

Fortunately, Kepuh’s local measures seem to be working at keeping people in their homes. Karno Supadmo, a resident, said that many parents and children have not left their homes in fear of the “pocong patrols.”

However, Javanese folk beliefs aren’t always working positively for all of the island’s residents.

In Sewakul, a village in the Semarang Regency, which is also in Central Java, residents tried to prevent the burial of a nurse who died from COVID-19 out of fears that the virus may spread to the entire village. The nurse in question grew up in the village and was working at Kariadi Hospital in Semarang, the provincial capital, when she got infected. Per her family’s request, she was laid to rest next to her father’s grave – but not without protest from her former neighbors.

Similar reports have come in from other parts of Semarang Regency, in the city of Bandung, the provincial capital of neighboring West Java and in other parts of Indonesia. At least 42 other doctors, nurses and dentists in the country have succumbed to COVID-19.

As of press time, the province of Central Java had 516 confirmed COVID-19 cases, including 63 deaths and 66 recoveries. While it has the second lowest number of cases among the four provinces and one special district in Java, it still has more cases than any other province outside of the island.

Indonesia's most populous province, West Java, became the second area in the country to officially impose "large-scale social distancing" measures for two weeks beginning on Wednesday, in the hope of curbing the spread of the coronavirus. pic.twitter.com/rUov6H5Cdz

As health workers die from the COVID-19 outbreak, President Joko Widodo is only now acting to try and curb the virus’ spread. He had previously resorted to only issuing guidelines, which heavily suggest that Indonesians should practice proper hygiene and observe social distancing, while resisting efforts to call for a national lockdown. Widodo has instead relied on provincial authorities to impose local lockdowns at their discretion.

President Widodo reportedly fought against implementing a blanket lockdown on the country because of fears over how it will impact the economy. Instead, in a move to placate critics, he has ordered partial lockdowns in certain areas of the country that have high infection rates, such as in Jakarta and the province of West Sumatra.

But if these measures aren’t enough, analysts are afraid that it may be too late for President Widodo and his country.

Researchers from the University of Indonesia have estimated that without stronger lockdown policies, the country could see as many as 1.5 million cases, including 140,000 deaths by May.

As of press time, Indonesia had 7,418 confirmed COVID-19 cases, and 635 deaths. If the situation continues, many other local and provincial authorities will have to rely on increasingly unorthodox methods of keeping their communities safe.