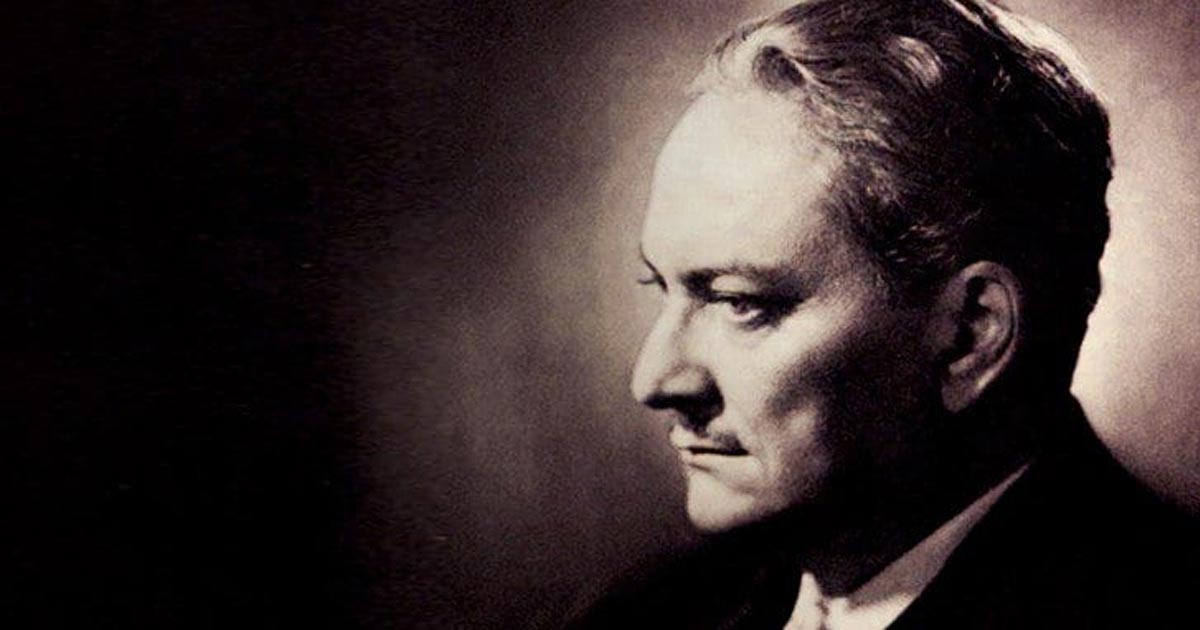 “We were founded by people who sacrificed much, and also gave their lives in many cases. But we came through, we came through because of a definite determination, that the way of light shall prevail. Therefore it is very important to us to make sure that this light does prevail, that it goes on, to help us with all the things that are necessary for us to do.”

Manly P. Hall, the man who has been recognized as one of the world’s leading scholars in the fields of religion, mythology, mysticism, and the occult. Many great minds have been attracted to his work, including the late Carl Jung, who, when writing his Psychology and Alchemy, borrowed material from Hall’s private collection.

It’s noteworthy to mention that many of the world’s brightest minds were nearly all spiritual mystics, from Albert Einstein and Issac Newton to Nikola Tesla and many more throughout history.

It’s a subject that has grasped the attention of people of all ages, and provides even more evidence into the non-material worlds we now know to be a reality through the study of non-material science.

“The day science beings to study non-physical phenomena, it will make more progress in one decade than in all previous centuries of its existence.” – Nikola Tesla

In 1934, Hall founded the Philosophical Research Society (PRS) in Los Angeles, California, grounded in his intention for creating solutions to growing human problems.

In 1926, he published The Secret Teachings of All Ages: An Encyclopedic Outline of Masonic, Hermetic, Qabbalistic and Rosicrucian Symbolical Philosophy. It received much praise, and has its place in history as being, according to Apollo 14 astronaut Dr. Edgar Mitchell, “a classic in the world’s literature” that “will guide historians, philosophers, and lay seekers of esoteric wisdom for centuries.”

The title alone gives the reader an idea of what the book is all about.

The book dives into the teachings of multiple religions and cultures, Rosicrucianism, Freemasonry, Illuminati, philosophy, ancient history, and more.

It explains how secret societies have existed for thousands of years, and how information, knowledge, “magic” and other abilities, and what are believed to be mythical objects, have been in the hands of people who have hijacked these teachings and used them to steer the will of their desire for power, ego, and more.

He explains how some very powerful people are engaged in these activities in their quest for world dominance, but the “white hats” of these, and other, secret societies have been very busy trying to combat this rise of the use of “magic” for “evil” purposes, control, and world dominance, and have always done so.

In 1947, 47 years after writing The Secret Teachings of All Ages, Hall was recognized as a 33rd degree Mason, the highest honour conferred by the Supreme Council of the Scottish Rite.

Over a period of 70 years, he delivered approximately 8,000 lectures in the United States and abroad and authored more than 150 books and essays and countless magazine articles.

If you’re interested in the subject matter mentioned above, Hall’s works are highly recommended, as it’s hard to find a true scholar in these fields, especially when they are shrouded in secrecy.

Even those who are at the ‘top’ of modern day masonry and secret societies aren’t really there. Many are simply used as pawns, and those who are not known by any, behind the scenes, are the real keepers of certain ‘wisdom.’ Perhaps not yet ready for humanity to use? If ever?

The main takeaway from his book should perhaps be the fact that many ancient (and current) secret societies are rooted in good will, and the desire to bring abundance to all life on the planet, and to protect it.

Today, especially in popular culture, secret societies have a bad reputation, and Hall does point out that many have taken ancient concepts, and ceremonial magic and sorcery, and completely perverted it, creating a form of black magic in the process – driven by the same greed and ego that, Hall says, brought down the great city of Atlantis.

“Almost all of the secret societies of the past, have been dedicated to clean up jobs. They’ve all come like the Knights Templars to take care of the corruptions of various beliefs and doctrines. They came to take the place of political corruption that was behind hope. Everyday, in every-way, the brothers were at work. Sometimes secretly but always continuously.” (video below)

Below is a video of Hall’s last public lecture, given at the Scottish Rites Masonic Temple in L.A., where he has some very important words for humanity.

“The coming years are going to be of the greatest importance to the Masonic Order…The situation is serious… everyday the water is worse, the Earth is more polluted, the air is more tainted, the destruction of natural resources, the continuance of war, the development of destructive weaponry, all these things go on, and if they go on long enough something is going to happen…

“Something is going to remind us that man does not have the right to destroy that which he did not create, he has not the right to take a beautiful world, with all of its privileges and opportunities, and turn it into a purgatory”

How The Small Business Sector Being Deliberately Targeted For Destruction?