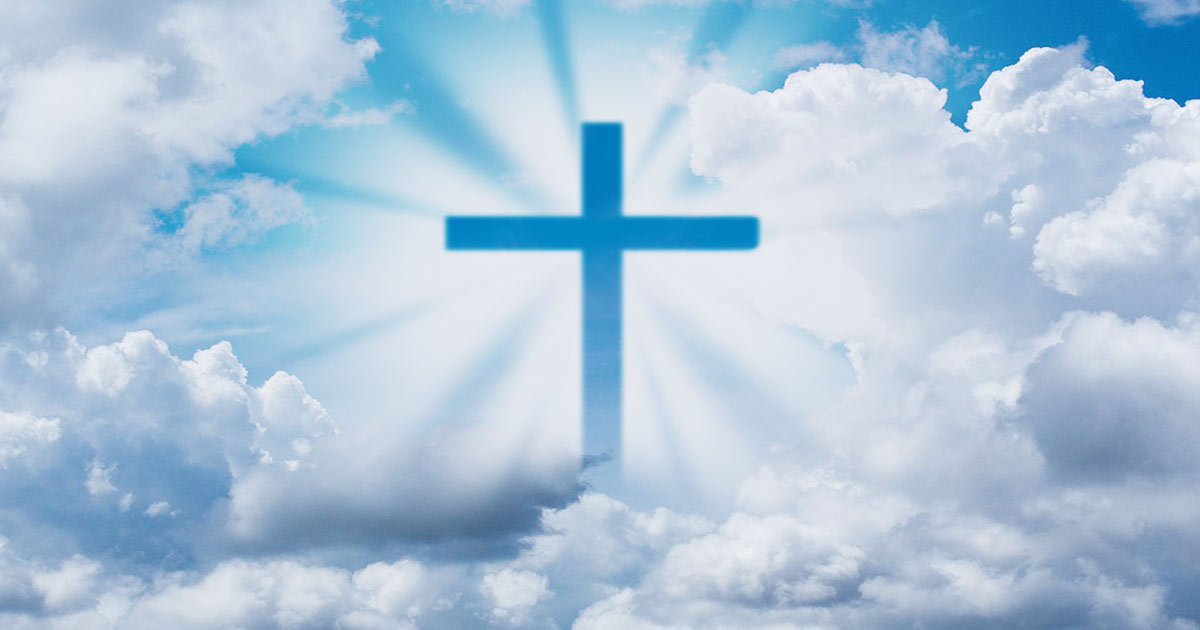 Global events are beginning to spiral out of control, and this has created a resurgence in interest in what the Bible has to say about “the last days”.  Throughout the Scriptures, we are warned about apocalyptic events that will precede the second coming of Jesus Christ, and a lot of people are wondering if that period of time is now upon us.  All over the Internet, people are engaging in all sorts of speculation and lots of really bizarre theories are being thrown around, and this is causing a great deal of confusion.  But all of this confusion is not necessary, because the Bible is actually very clear about what is coming.

Jesus had quite a bit to say about the time just before His return, and He specifically instructed His followers to watch for certain signs.  He wanted us to understand that He knew about all of these things in advance, that He has a plan, and that He is in control.

So there is no need to fear.  In fact, Jesus told us these things so that we would not be afraid.

Three of the key chapters where Jesus discusses the events of the last days are Matthew 24, Mark 13 and Luke 21.  To set the stage for the rest of this article, let me share just three quick verses from Luke 21…

9 But when ye shall hear of wars and commotions, be not terrified: for these things must first come to pass; but the end is not by and by.

10 Then said he unto them, Nation shall rise against nation, and kingdom against kingdom:

11 And great earthquakes shall be in divers places, and famines, and pestilences; and fearful sights and great signs shall there be from heaven.

Could it be possible that we have entered a time when these things are starting to be fulfilled?

To answer that question, let’s examine some of the global events that are currently unfolding…

#1 Wars And Rumors Of Wars

War is coming to the Middle East, and it might be coming a lot sooner than most people think.

Israeli Prime Minister Benjamin Netanyahu is very eager to annex portions of Judea and Samaria before the U.S. election in November, and the coalition agreement that he reached with Blue and White chairman Benny Gantz allows him to do that as early as July.

I believe that it will happen at some point in the coming months, and the Palestinians are openly warning that such a move will mean war.  In fact, Mahmoud Abbas is so upset about this pending annexation that he just publicly backed out of all previous agreements with the United States and Israel…

In an emergency meeting in Ramallah Tuesday, Palestinian Authority (PA) President Mahmoud Abbas announced that due to Israeli plans to annex parts of Judea and Samaria, all agreements with Israel and the U.S. are null and void.

This would include the Oslo Accords, which was the basis for the establishment of the Palestinian Authority.

In an interview with the German newspaper Der Spiegel, the Jordanian monarch reiterated that a two-state solution was the “only way forward” as a resolution to the Israeli-Palestinian dispute.

“What would happen if the Palestinian National Authority collapsed? There would be more chaos and extremism in the region. If Israel really annexed the West Bank in July, it would lead to a massive conflict with the Hashemite Kingdom of Jordan,” said Abdullah.

This is something to keep a very close eye on, and we also need to keep in mind that a major war between Israel and Iran could erupt at literally any moment as well.

Our planet continues to become increasing unstable, and my regular readers know that I am particularly concerned about the west coast of the United States.  It is just a matter of time before “the Big One” hits California, and this week we did see two very alarming quakes strike just off the California coast…

The second earthquake was stronger, measuring a 5.5 magnitude hitting in the same area about 160 miles west of Eureka at 12:02 a.m. Monday.

The second quake was at the same depth as the first earthquake at about 6 miles down.

Overall, there have been 2,668 earthquakes in California and Nevada over the last 7 days, and that is definitely unusual.

Meanwhile, large earthquakes continue to strike other areas of the globe with frightening regularity.  For example, a magnitude 6.2 quake just rocked the Mediterranean Sea, and that made headlines all over the globe.

In the days ahead, the shaking is only going to get worse, but most people don’t understand what is happening.

I have written about Mt. Popocatepetl near Mexico City many times, and it has roared to life once again.

In fact, it is being reported that it was shooting hot ash 20,000 feet into the air on Wednesday.

Keep a very close eye on this volcano, because someday a catastrophic eruption of Mt. Popocatepetl will result in the worst disaster in the history of Mexico.

Of course Mt. Popocatepetl is far from alone.  According to Volcano Discovery, 24 volcanoes around the globe are erupting right now, and dozens more are showing signs of unrest.

You may have noticed that global weather patterns have gone absolutely nuts.

We are seeing record setting droughts in some parts of the world, in other areas we are witnessing unprecedented flooding, and global food production has been greatly disrupted by one unforeseen event after another.

For instance, this week India and Bangladesh are preparing for Super Cyclone Amphan to make landfall.  On Monday night, that storm “officially became the strongest storm ever recorded in the Bay of Bengal”…

Millions of people in India and Bangladesh are bracing for what is now being called the strongest storm ever recorded in the Bay of Bengal. Super Cyclone Amphan is anticipated to make landfall in less than 36 hours, bringing destructive winds and heavy rain to a region already struggling with the coronavirus pandemic.

According to CNN, Super Cyclone Amphan officially became the strongest storm ever recorded in the Bay of Bengal on Monday night, after intensifying with sustained wind speeds of up to 165 miles per hour. Even though Amphan has weakened slightly the storm is still the equivalent of a Category 3 Atlantic hurricane, with winds speeds up to 115 mph.

Billions of locusts have been traveling in giant swarms the size of major cities across large portions of Africa, the Middle East and Asia.  These mammoth swarms can travel up to 90 miles a day, and when they descend on a farm they can eat all of the vegetation in as little as 30 seconds.

I have written about these enormous locust armies numerous times, and they keep making headlines all over the world.  This week, video of these locusts “blocking out the sun in Iran” was being widely shared on social media…

Terrifying footage of an apocalyptic swarm of locusts blocking out the sun in Iran has emerged after it was revealed the military could be called to fight a plague that may destroy at least $7billion (£5.7bn) worth of crops.

The chilling video shows a haze formed of millions of the bugs covering the horizon on a motorway in the south of the country.

Before COVID-19 came along, African Swine Fever was the most serious pestilence affecting the planet.

There is no vaccine, there is no cure, and it is killing pigs all over the globe at a staggering rate.

Needless to say, this is having a tremendous impact on the global food supply, because much of the world relies on pig meat as a primary source of protein.

You know that things are bad when even the United Nations is using the word “biblical” to describe the famines that are beginning to emerge around the globe.

The head of the UN World Food Program, David Beasley, is publicly warning that we are heading into “the worst humanitarian crisis since World War Two”, and he is telling us that we could soon see approximately 300,000 people literally starve to death every single day…

“If we can’t reach these people with the life-saving assistance they need, our analysis shows that 300,000 people could starve to death every single day over a three-month period”, he upheld. “This does not include the increase of starvation due to COVID-19”.

We have already witnessed very large food riots in Africa, and now they are starting to happen in South America.

For example, check out what just happened in the capital of Chile…

The coronavirus hit Chile at a particularly delicate time. Back in October, the Chilean military deployed tanks and troops onto the streets of Santiago – the Chilean capital – and President Sebastian Pinera declaring a state of emergency to quell a violent uprising triggered by – of all things – a hike in metro fares (can you imagine that happening in NYC?).

Now, some of the nation’s poorest are rising up against the government again in a violent protest movement over the lack of government assistance. Specifically, food shortages have left thousands of Chileans with nothing to eat, and the mandatory closures have made it impossible for them to work or buy food.

Global food supplies have gotten very tight, and they are only going to get tighter in the months ahead.

Countries all over the world have locked down their economies in 2020 due to fear of COVID-19, and that has plunged the entire global economy into a deep depression.

Now that our economic bubble has burst, the dominoes are just going to continue to tumble, and the days ahead are looking quite bleak.

This is the greatest public health crisis in a hundred years, and it looks like this pandemic is going to be with us for many months to come.

Already, there have been more than 5 million confirmed cases around the world and more than 300,000 people have died.  Many had been hoping that the worst was behind us, but the head of the WHO just told us that Tuesday was the worst day for new cases “since the outbreak began”…

“We still have a long way to go in this pandemic,” Tedros said at a briefing in Geneva. “In the last 24 hours, there have been 106,000 cases reported to WHO – the most in a single day since the outbreak began. Almost two-thirds of these cases were reported in just four countries.”

Jesus specifically warned us that there would be “pestilences” during the time before His return, and I believe in the future we will see even worse pandemics than this one.

But even in the midst of all the chaos that is coming, God will be moving, and I believe that the greatest revival in all of human history is still ahead of us.

The RAPTURE : The Event That Will SHOCK And ROCK The World!

How Do We Live While We Wait?