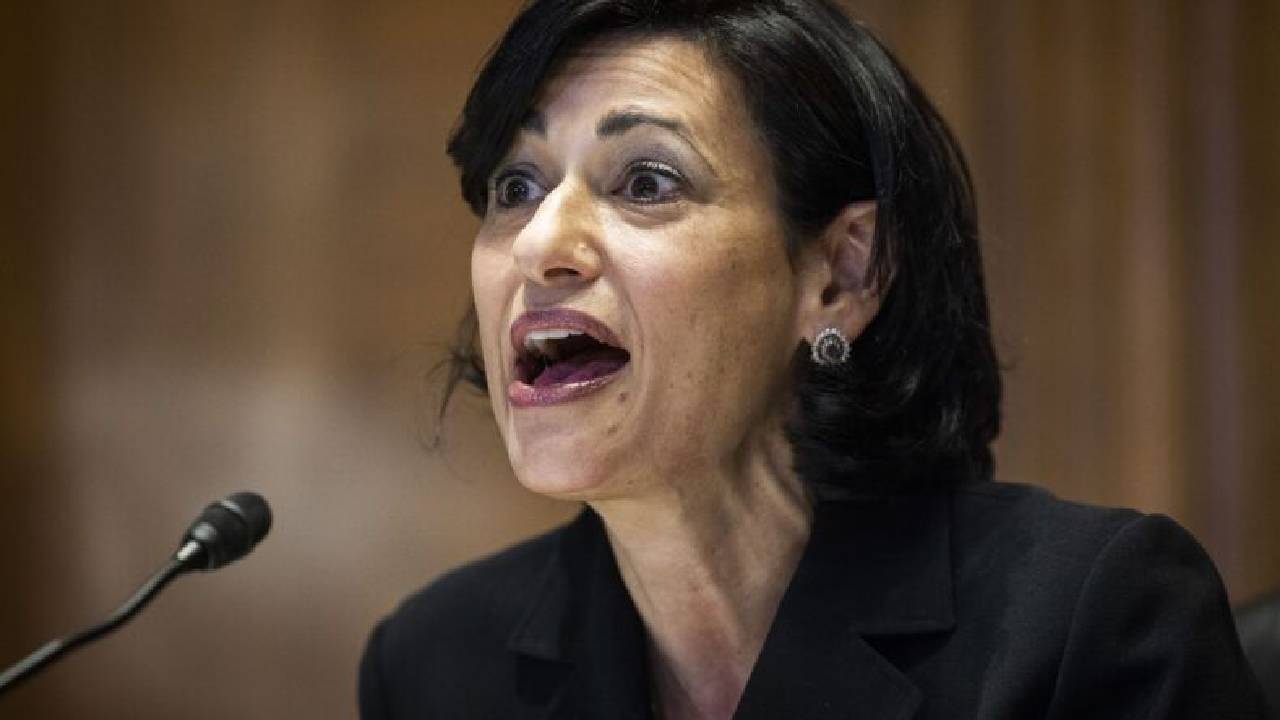 Centers for Disease Control and Prevention Director Rochelle Walensky is declaring that masks can reduce the chance of infection from COVID-19 by 80%, contrary to studies by the CDC itself and real-world data.

Further, Walensky indicated that masks could become a staple of American life, adding that they “also help protect from other illnesses like common cold and flu.”

Her guidance came in a tweet Friday spotlighting a video produced by the CDC.

Masks can help reduce your chance of #COVID19 infection by more than 80%.
Masks also help protect from other illnesses like common cold and flu. Wearing a mask- along w/ getting vaccinated- are important steps to stay healthy. #WeCanDoThis @HHSgov https://t.co/bfOV5VzBpq pic.twitter.com/6DGj8nwPgD

Kyle Lamb, a data researcher for Republican Gov. Ron DeSantis of Florida, the state with the lowest rate of COVID infection, took issue with Walensky.

“There is not a single study in the entire world that has been produced during the pandemic, or especially before, that shows masks reduce infections by 80%,” he said on Twitter.

“This is the most comically bad misinformation I have ever seen. CDC has been reduced to outright lies.”

Yale Law School professor Samantha Godwin said the CDC director has made “a specific empirical claim for which no data exists.”

Dr. Jay Bhattacharya, an epidemiologist at the Stanford University School of Medicine, noted everyone is “dunking on” Walensky’s “preposterous tweet about mask efficacy.”

“But it’s an improvement since last year when the former CDC director said masks were better than vaccines,” he said, referring to Dr. Robert Redfield. “At this rate, they’ll get it right in 2050 or so.”

The CDC’s stance on masks has changed since the beginning of the pandemic.​ In March 2020, the agency said masks “are usually not recommended” in “non-health care settings.”

The same month, the World Health Organization recommended people not wear face masks unless they are sick with COVID-19 or caring for someone who is sick. Dr. Mike Ryan, executive director of the WHO health emergencies program, said in March 2020 that there “is no specific evidence to suggest that the wearing of masks by the mass population has any potential benefit.

“In fact, there’s some evidence to suggest the opposite in the misuse of wearing a mask properly or fitting it properly,” he said.

Similarly, in a March 2020 interview with “60 Minutes,” White House coronavirus adviser Dr. Anthony Fauci warned of “unintended consequences,” saying there’s “no reason to be walking around with a mask” in “the middle of an outbreak.”

In May 2020, a CDC study on the use of measures such as face masks in pandemic influenza concluded “evidence from 14 randomized controlled trials of these measures did not support a substantial effect on transmission.”

Fauci and others argue the science has evolved. However, a study earlier this year by the University of Louisville was among many that found that state mask mandates did not help slow the spread of COVID-19. A CDC study in October 2020 indicated that Americans were adhering to mask mandates, but the requirements didn’t appear to have slowed or stopped the spread of the coronavirus. And further, it found, mask-wearing has negative effects. The Association of American Physicians and Surgeons has compiled a page of “Mask Facts” showing that the consensus prior to the coronavirus pandemic was that the effectiveness of mask-wearing by the general public in slowing the spread of a virus is unproven, and there’s evidence it does more harm than good.

Denmark, Norway and Sweden are among the many European nations not requiring masks for school children. Norway has never recommended face masks for schools, and the Norwegian Institute of Public Health explicitly advises against masking primary school-aged children. In Sweden, masks are no longer recommended on public transit, even at rush hour.

In most of the United Kingdom, the New York Times reported, elementary school children and their teachers were not required to wear masks during the delta surge there earlier this year.

A study of masked German schoolchildren published June 30 in the Journal of the American Medical Association Pediatrics found carbon dioxide content in “inhaled air” was at least three-fold higher than German law allows. Complaints by children regarding mask-wearing registered in a German database included irritability, headache and reluctance to go to school. The JAMA paper cited the “dead-space volume of the masks, which collects exhaled carbon dioxide quickly after a short time.”

An analysis published in Nature magazine found that N95 masks do offer some protection from airborne viral diseases, but the common surgical mask, which has holes bigger than the SARS-CoV-2 virus, loses any efficacy after about 20 minutes because of the buildup of vapor from breathing.

How do these people function in life 🤦‍♀️ pic.twitter.com/oWc4I4vsiD

Many citizens wonder what public officials really believe about the “science” behind masking when they see them engage with the public.

Vice President Kamala Harris recently was captured on video pulling off her mask as she walked up to a crowd of supporters:

Can someone explain the science behind wearing a mask only to remove it while approaching a crowd of people?

Government’s Bounty on Your Life: Hospitals’ Incentive Payments for COVID-19 are About $100K per COVID Patient