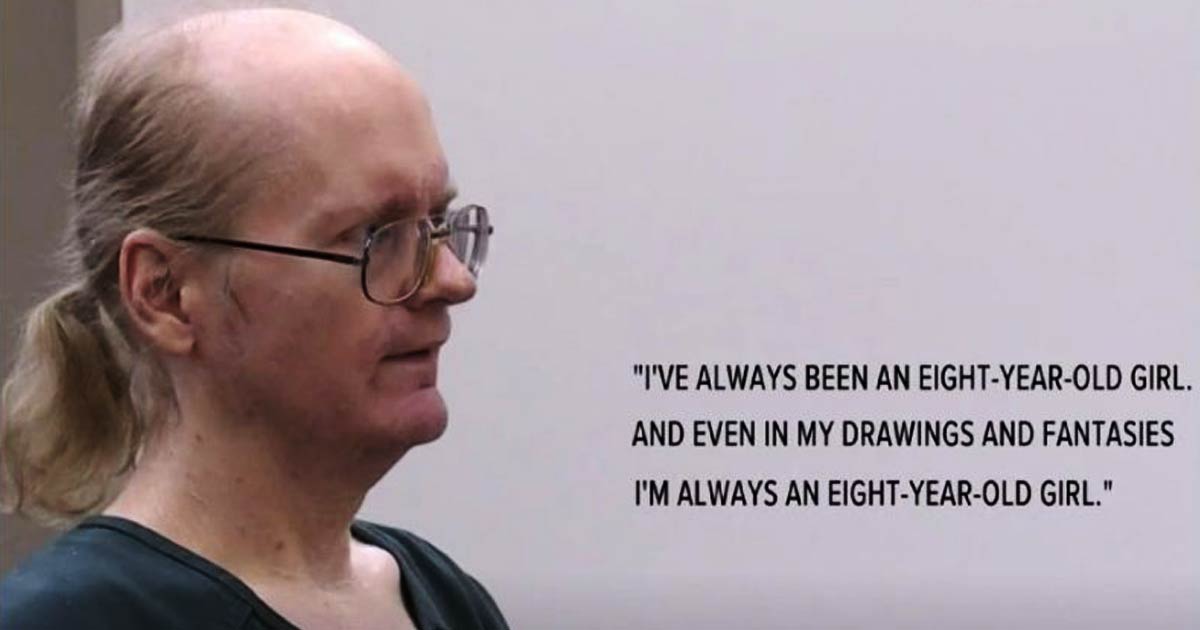 A 45-year-old man caught with child pornography had a novel defense in court; he claimed he identified as an 8-year-old girl.

After his claim that he was in fact a child and therefore immune from prosecution didn’t impress the judge, Gobrick resorted to implying that his oppressors were behaving like Nazis.

“Under the law, Auschwitz was legal,” he said, arguing, “What you’re doing here is wrong, just as Auschwitz was.” 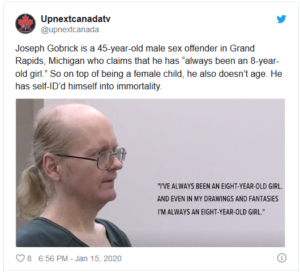 “At least a man who “feels like a child” can rightly point out that he was once a child, so he has some frame of reference for judging these feelings. And at least it does make sense, in the case of certain mental disabilities, to say that an adult “has the brain of a child.”

“None of this vindicates Gobrick to any extent at all, but my point is that transageism is actually more credible and makes more sense than transgenderism. It’s still bogus, but slightly less so. Age does change, after all. I will not be a 33-year-old man forever. But I will be a man forever. If my sex is a fluid characteristic, how much more fluid must my age be?”

Who knows, the way western society is heading, Gobrick’s excuse may well be accepted by courts in 5-10 years.