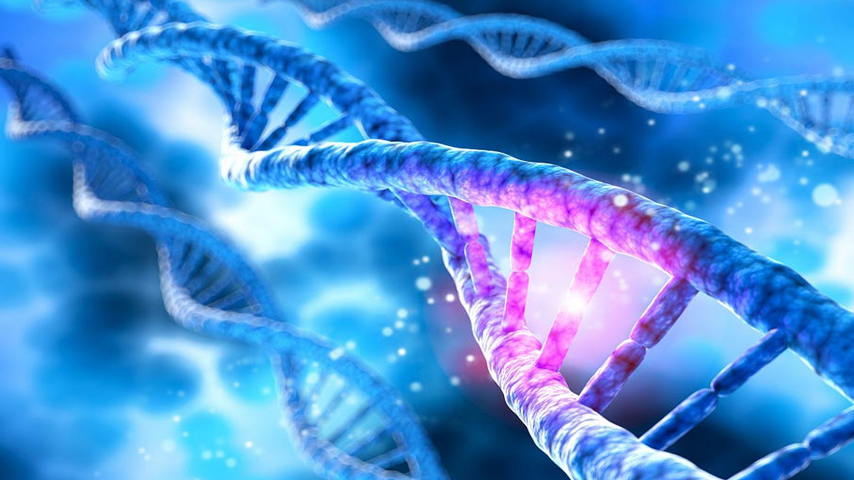 While muddling through the unending swamp of pandemic literature searching for case reports, I came across one that struck me as a bombshell study suggesting the clear possibility that in some people the vaccine causes significant changes in the gene expression of a massive number of genes, including some that are critical to immune system regulation.

Selected excerpts followed by a “translation”:

The global coronavirus disease 2019 (COVID-19) pandemic has led to the rapid development of vaccines against this disease. Despite the success of the international vaccination program, adverse events following vaccination, and the mechanisms behind them, remain poorly understood. Here we present four cases of death following receipt of a second dose of COVID-19 vaccine, with no obvious cause identified at autopsy. Using RNA sequencing, we identified genes that were differentially expressed between our post-vaccination cases and a control group that died of blood loss and strangulation. Three hundred and ninety genes were found to be upregulated and 115 genes were downregulated in post-vaccination cases compared with controls. Importantly, genes involved in neutrophil degranulation and cytokine signaling were upregulated. Our results suggest that immune dysregulation occurred following vaccination. Careful observation and care may be necessary if an abnormally high fever exceeding 40°C occurs after vaccination, even with antipyretic drugs.

Coronavirus disease 2019 (COVID-19) has spread rapidly worldwide, with the number of infected cases exceeding approximately 550 million as of July 2022, defining it as a significant global health concern [WHO coronavirus (COVID-19) dashboard. Geneva: World Health Organization, https://covid19.who.int/table]. While there is growing interest in the use of vaccination for reducing disease severity, there are some reports of vaccination-related side effects, such as immune thrombocytopenia, myocarditis, and death (1–3). Meanwhile several studies have reported systemic immune response syndrome (SIRS) after vaccination (4, 5). We experienced four cases who died 1–10 days after receiving their second COVID-19 vaccination. Their body temperatures were estimated to be abnormally high at the time of death. Autopsies were performed on these patients but revealed no information about the cause of death, with evidence that pathologic analysis showed no changes to the primary organs. Here, we report the cause of death estimated by sequencing RNA.

The profiles of four cases who died at home after receiving the COVID-19 vaccine are summarized in Table 1. Three cases received two doses of the Moderna mRNA COVID-19 vaccine, tozinameran, and one case received two doses of the Pfizer-BioNTech mRNA COVID-19 vaccine, elasomeran. The time from receipt of the second dose to death was 1–10 days. In case 3, side effects following vaccination, such as fever and headache, were not observed on the day before death, whereas in the other cases, they were observed on the day before death. Autopsies revealed no information about the cause of death for any patient, and pathologic analysis showed findings of sudden death, such as congestion of primary organs, and no information about the cause of death, including myocarditis. The postmortem interval inferred from postmortem phenomena and coroner’s rectal temperature measurements estimated high body temperatures for all cases at the time of death (6). Two female cases who experienced sudden death by blood loss (54 years old) and strangulation (86 years old) and had also received two doses of tozinameran [Pfizer] were used as controls for RNA sequencing analysis.

While the causes of death of the cases reviewed in this study could not be identified by autopsy, RNA sequencing of blood samples obtained and properly stored shortly after death provided valuable information. RNA sequencing analysis using postmortem specimens has rarely been performed because of the degradation of RNA due to postmortem changes. However, in the present case group, it was possible to collect blood samples within 24 hours after death, which was relatively early, and RNA sequencing analysis may have been successful (13).

We present four cases of death following receipt of a second dose of COVID-19 vaccine, with no obvious cause identified at autopsy. RNA sequencing revealed that genes involved in neutrophil degranulation and cytokine signaling were upregulated in these cases, suggesting that immune dysregulation occurred following vaccination. Careful observation and care may be necessary if an abnormally high fever exceeding 40°C occurs after vaccination, even with antipyretic drugs.

The authors are reporting their experience autopsying 4 vaccine deaths.

Basically, there wasn’t an obvious cause of death for these patients immediately visible.

However, luckily for these clinicians, they received the bodies within 24 hours of death, which meant that they could perform tests that were not usually a viable option because the body had degraded or decomposed too much by the time a coroner had the opportunity to perform an autopsy. Specifically, they were able to do RNA sequencing1 of RNA isolated from the deceased patients’ blood.

They also included two sudden deaths in vaccinated people that were not because of the vaccine2.

Back to the RNA, the authors employed what seems to be a rather unorthodox – or at least creative – method to try and ascertain a cause of death. They sequenced the RNA to see if they could observe any differences in the RNA’s between the vaccine deaths and the non-vaccine deaths, hoping to find something that could indicate what pathology ‘happened’ that killed these 4 patients.

Let’s explain how this works (it’s not that hard, just intimidating):

When we refer to a gene as a technical concept, it means a piece of the DNA that is the code for a protein that is made by the organism, in our case humans.

When a cell ‘wants’ to make a protein, the DNA inside the nucleus that holds the code for that specific protein – its gene – has to make a strand of mRNA into a mirror of that gene. When a gene is copied onto an RNA strand to be translated into a protein, that gene is being “expressed” – it’s “on” in the sense that it is activated to create RNA copies of itself to make the protein that it codes for.

The mRNA then exits the nucleus where a ribosome comes along and attaches to the RNA. The ribosome reads the RNA and creates the corresponding protein encoded by that strand of RNA. This is how the mRNA vaccines ‘work’ – the vaccine inserts RNA that encodes the spike protein into cells so that the cells read the RNA blueprint and spit out a bunch of spike proteins.

Since different RNA’s encode for different proteins, the authors could sequence the RNA’s in the dead patients to see what proteins were being created by cells when the patients died. Or in technical sciency jargon, they could determine the pattern of which genes were expressed and how much they were being expressed. (In overly simplistic terms, think “how often did gene ‘X’ make an RNA” / “how many RNA’s of gene ‘X’ did they find”.)

What did they find?

We’ll break this down into a few steps for clarity:

Step #1: They found a total of 505 (yeah, that’s a lot) genes that were “differentially expressed [] between individuals with unknown cause of death (unknown group) and the control group”. 390 genes were ‘higher’/more expressed in the vaccine death patients, and 115 genes were ‘lower’/less expressed in the vaccine death patients, compared to the 2 control patients that died of other causes.

Step #2: They then had to identify these 505 RNA’s/genes – ie, what proteins were these coding for or relevant to.

Step #3: They then had to try and figure out what this combination of genes would do/cause. This is not the most exact science as there is a lot we still don’t understand about the human genome & proteins. They “estimated” that some of the genes expressed more in the vaccine death patients were involved in increasing immune cells and activity, such as cytokines (think of the dreaded covid “cytokine storm”, which is what they titled their study)3.

Step #3b: They extrapolated from the increased expression of these immune-system genes that there was aggressive immunological activity run amok – “these results provide evidence of a hyperactive immune response in the group with unknown cause of death” – that killed these patients – “the RNA sequencing results suggested that an abnormal secretion of cytokines, possibly a cytokine storm, may have occurred after vaccination, resulting in SIRS and death.”

This is not necessarily an open-and-shut case. The authors stipulate that “However, in the present case group, it was possible to collect blood samples within 24 hours after death, which was relatively early, and RNA sequencing analysis may have been successful (13). Although we have no way of knowing whether the cases we reported met these criteria, the RNA sequencing results suggested that an abnormal secretion of cytokines, possibly a cytokine storm, may have occurred after vaccination, resulting in SIRS and death.”

However, in the broader context of everything else we know about these covid vaccines, this study is decidedly ominous and in a sane world would by itself be sufficient to halt the use of these vaccines at least until this epic danger signal was properly investigated and adjudicated.

A scientist in government employ whom I asked for his/her opinion on this thought that this study’s methodology was fairly poor. Firstly, there is a strong possibility that the RNA had substantially degraded by the time they extracted it from blood samples. Secondly, they did not get enough RNA samples from each patient. Thirdly, the analysis of the RNA itself was deficient (for reasons too technical to go into here). Fourthly, the correlation between detectable RNA in blood samples and protein expression often do not correlate so well.

To be clear, this does not mean that the study’s conclusions are therefore incorrect, just that the direct evidence is pretty weak – which means that follow up studies should be done with larger patient samples and more robust biomarker testing that can more reliably capture with better certainty changes in gene expression in vaccine injured people (or anything else too for that matter).

The most immediate takeaway here is that the vaccines seem to have caused runaway immune activation that killed the 4 vaccinated patients where there was no other observable cause of death.

However, there is a broader and far more ominous implication of this study. The discovery of 505 genes with significantly altered gene expression suggests that the vaccines fundamentally screw up – “dysregulate” – the normal pathways and chemistry that controls or regulates the immune system. It also shows that the vaccines do something very “not good” to something/s in the nucleus of cells. In other words, the vaccines precipitate “unanticipated” irregular cellular “stuff” that alters the state of the DNA and the proteins/enzymes that control the DNA (“epigenetic factors”).

DNA stuff going wrong is the paradigmatic precipitating cause for the creation of cancerous cells.

Immune dysregulation is one of the standard causes for cancerous cells to evade immune detection and be able to metastasize instead of being snuffed out right away by roving Killer T-Cells.

In other news, we’re past 2,400 case reports of vaccine associated SAE’s (I have to update the grand master list).

Side note: Here we have an example of appropriate PCR use. The authors used PCR to amplify the genetic material – RNA – so they would have enough to be able to sequence the RNA properly and compare the amount of RNA between the vaccine death patients and the control patients.