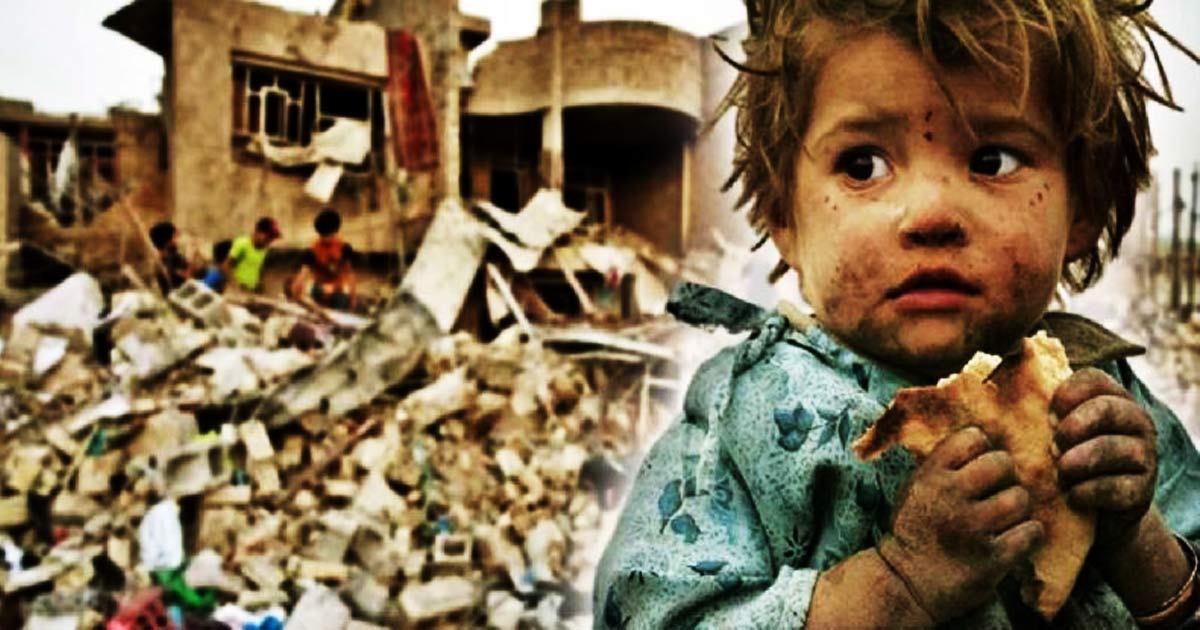 It was reported this week that the Pentagon made $35 trillion — with a ‘T’ — in accounting adjustments in 2019 alone. That number is larger than the entire U.S. economy and is up from $30.7 trillion in 2018.

The figure also dwarfs the Congressional approved military budget of $738 billion. Naturally, no one cares and Pentagon officials dismiss this black hole of spending as accounting errors.

“Within that $30 trillion is a lot of double, triple, and quadruple counting of the same money as it got moved between accounts,” said Todd Harrison, a Pentagon budget expert with the Center for Strategic and International Studies.

The “combined errors, shorthand, and sloppy record-keeping by DoD accountants do add up to a number nearly 1.5 times the size of the U.S. economy,” said Representative Jackie Speier, who asked the Government Accountability Office to investigate.

The report shows the Pentagon “employs accounting adjustments like a contractor paints over mold. Their priority is making the situation look manageable, not solving the underlying problem,” she said.

This problem is only getting worse too. As Bloomberg reported, the Defense Department acknowledged that it failed its first-ever audit in 2018 and then again last year, when it reviewed $2.7 trillion in assets and $2.6 trillion in liabilities. Despite the shame of failing — twice — the accounting “errors” have grown.

Imagine running a company in which you accounted for spending like they do at the Pentagon. If you were the CFO, you’d be fired, if and only if the entire business didn’t already collapse.

However, because these morons have an unlimited pool of tax revenue and Federal Reserve dollars from which to draw resources, they are allowed to continue down this unaccountable path toward unsustainable debt and spending.

In the meantime, Democrats and Republicans alike remain silent as questioning the military industrial complex is akin to a thought crime. The war machine must go on and continue to expand or else they’ll find themselves out of a job.

The majority of Americans follow the same code of silence when it comes to military spending. Boobus Americanus sits back in his recliner as his grandchildren’s future is squandered by mass murderers dropping million dollar bombs on people living in tents on the other side of the planet — for ‘freedom’ — of course.

Despite audits and scrutiny from those paying attention, the Pentagon has only continued to lose money by the trillions since 9/11, and a report analyzing the budgets of the Department of Defense (DoD) and the Department of Housing and Urban Development (HUD) shows that the total is more than $21 trillion.

The report attributes the missing funds to a series of “unsupported journal voucher adjustments” made to the departments’ budgets. These adjustments are not tied to specific accounting transactions, but they are often included in account summaries to cover for balances between systems that cannot be reconciled.

As The Free Thought Project has reported, not only is it likely that the actual amount of money the DoD and HUD cannot account for is much higher than $21 trillion, due to the fact that researchers did not have access to complete data, but the practice of creating counterfeit adjustments appears to be standard procedure.

“Perhaps even more troubling than the total amount lost is the fact that fraudulent behavior from HUD and DOD seem to be the standard operating procedure. In fact, the accounting for these funds is so poor, that as Reuters notes, the Defense Finance and Accounting Services (DFAS) refers to the preparation of the Army’s year-end statements as ‘the grand plug’ — ‘plug’ is accounting jargon for the insertion of made-up numbers.

For every transaction, a so-called ‘journal voucher’ that provides serial numbers, transaction dates and the amount of the expenditure is supposed to be produced. The report specifies that the agency has done such a poor job in providing documentation of their transactions, that there is no way to actually know how $21 trillion has been spent.”

Those of us not blinded by the propaganda and false patriotism, see the inevitable results of such a propensity for supporting war. We see domestic infrastructure crumbling, a national debt increasing by record amounts each year, more conflict around the globe, and countless veterans suffering from PTSD.

When will it all end? At this pace, it won’t end until the empire falls.

Luckily, there are people waging a campaign to prevent further war and subsequent deficit spending. They are paying to put up billboards showing just how much of your money the US steals to blow up brown people in foreign countries.

The group is World Beyond War and their efforts are massive. For the last several years, they’ve been putting up powerful billboards all over the country. One of them can be seen below: They back these numbers up with data on their website, pointing out that in 2008, the United Nations said that $30 billion per year could end hunger on earth, as reported in the New York Times, Los Angeles Times, and many other outlets.

The Food and Agriculture Organization has not updated that figure since 2008, and has recently told us that such figures do not require much updating.

In a separate report, most recently published in 2015, the same organization provides a figure of $265 billion as the cost per year for 15 years to permanently eliminate extreme poverty, which would eliminate starvation and malnutrition — a broader project than just preventing starvation one year at a time.

The FAO’s spokesperson informed us in an email:

“I think it would be incorrect to compare the two figures as the 265 billion has been calculated taking into consideration a number of initiatives including social protection cash transfers aimed at extracting people from extreme poverty and not just hunger.”

As of 2019, the annual Pentagon base budget, plus war budget, plus nuclear weapons in the Department of Energy, plus Homeland Security and other military spending totaled well over $1 trillion — not counting what’s “lost.”

So, 3% of U.S. military spending could end starvation on earth.

With the globe spending roughly $2 trillion per year on militarism (roughly half of it by the United States), we can also say that 1.5% of GLOBAL military spending could end starvation on earth.

Are you ready to end all war yet? We are.

History of Financial and Banking Cover-ups