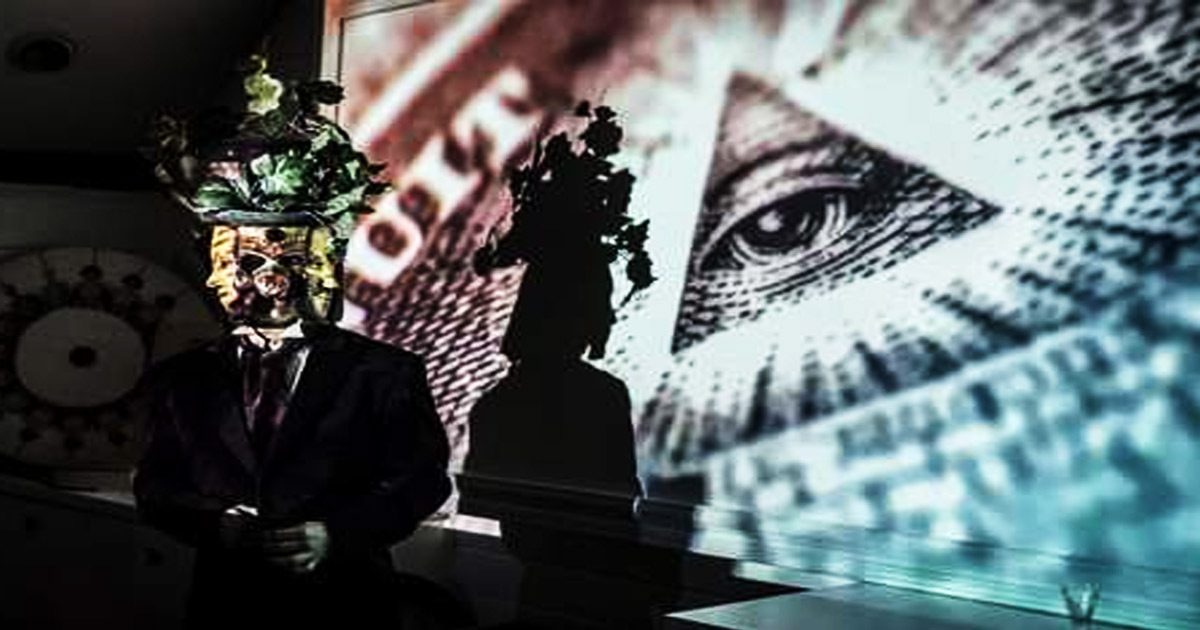 Have you seen the film Eyes Wide Shut? If so, you may recognize some of what you are about to see.

In part, the film chronicles a man named Bill Harford who discovers an elite secret society and the type of behaviours they exhibit during their “parties.”

Certainly there is much more to the film, but this is the important note when looking at the photos you are about to see below.

Many believe that Kubrick was trying to warn the world about the occult elite and its depraved ways with the film Eyes Wide Shut as he would have had access to this knowledge given his stature as a director at the time. Why the title Eyes Wide Shut? Well, our civilization as a whole still has its eyes wide shut, and it’s said that Kubrick was trying to say this about humanity’s widescale knowledge of the elite. Kubrick died just two weeks after the film was released.

Many feel the film Eyes Wide Shut is incomplete and not quite the film Kubrick would have wanted to put out had he still been alive for the final cut. Had the scene been added to the film, it may have told a bit of a different story.

According to Eagle Scout and noted filmmaker David Lynch:

“I really love Eyes Wide Shut. I just wonder if Stanley Kubrick really did finish it the way he wanted to before he died.”

Some feel it was a conspiracy in itself that Kubrick died even before being able to properly release the film. That perhaps ‘someone’ would have wanted things left out or not fully told.

While unconfirmed, it’s not all that surprising when you consider who the elite are and what they’ve done before.

Check out this scene below if you have seen Eyes Wide Shut. Be sure to view the film first if you haven’t:

The “Surrealist Ball” was held by Marie-Hélène de Rothschild at Château de Ferrières on December 12th, 1972. It was attended by many of the rich, powerful and influential in the world including the Rothschild family, Audrey Hepburn, Salvador Dali and more.

There were a number of photos taken during the oddly themed ball that surfaced and had some touting the incredible creativity while others asked questions about the creepiness and obvious relation to Eyes Wide Shut.

In fact, it almost seemed like the exact type of event displayed in the film.

This party appears to be a mix of Eyes Wide Shut mixed with a Lady Gaga-style pop video. These pictures reveal the underlying symbolism and ideology of the occult elite.

Take a look at some of the images below of the 1972 Rothschild party and note the odd symbolism: The location the ball A guest wearing multiple-faced mask. A similar mask is seen in Eyes Wide Shut (was the movie inspired by Rothschild balls?). Did this ball “devolve” into the debauchery depicted in the movie? On the diner table are dismembered dolls and cracked skulls. This imagery is also prevalent in countless music videos. Its all about the occult elite’s MK culture. A bird cage over the head: MKUltra mind control of celebrities Perhaps one of the most creepy… the host wearing a giant horned animal head: