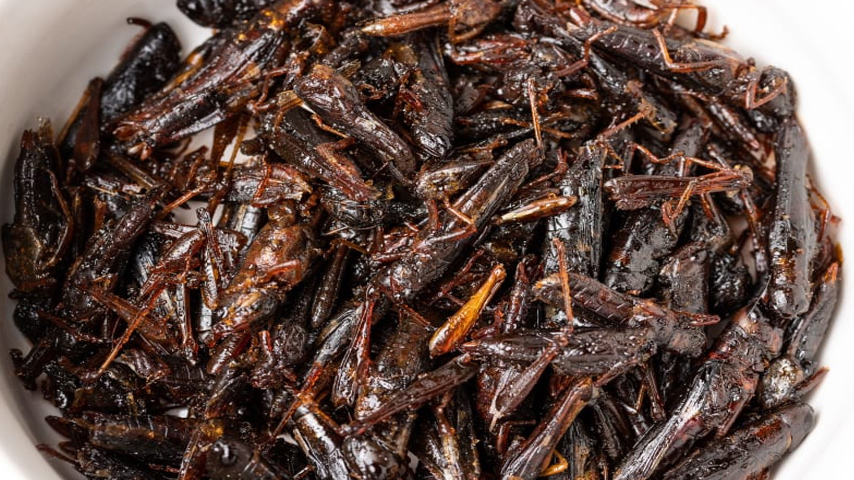 Australian children are being conditioned to eat insects in line with the globalist agenda to “fight climate change,” which agenda-setters like the World Economic Forum insist can be achieved by consuming bugs.

To that end, news.com.au reported last week that 1,000 Australian schools have added chips containing crickets to their canteens, which Australian media are calling “eco-friendly”. The chips are called Cricket Corn Chips and are manufactured by Circle Harvest.

A video published by news.com.au and its affiliates shows three school children eating insect-laced snacks and being conditioned in real time by adults behind the camera.

“Adelaide, what do you think of the chips?” a man asks one of the two little girls.

“They’re yum? These chips are great, aren’t they? And these chips are even better because I think they’re better for you, did you know that?”

The children nod in agreement.

“Yeah, you know, that way mum and dad might let you have more chips. Good stuff,” the man continues. “Do you like them, Anabelle?”

Then a woman joins in and asks the children what they like most about the bug snacks they’re eating.

There is a long pause as children search for an answer.

“How much powder it has,” says the little boy, echoed by one of the girls.

“Can you taste the crickets? Did you know they’re made from crickets?” the woman nudges.

The children nod as they continue to eat the chips.

“Did you know they’re made from little insects?” the woman presses, apparently intent on conditioning the children to think of insects as tasty.

The children shake their heads, and the woman tells them that these chips taste just like regular chips.

After a pause, Adelaide says with a smile she can taste the crickets.

“Do the crickets taste good?” asks the man eagerly. The children nod. “Yeah, let’s eat some more crickets,” he digs.

1000 Australian schools have just introduced to their canteens snacks containing bugs. Kids are now munching on chips laced with “eco-friendly” cricket protein made by Circle Harvest. Only a few years ago we would think this was an April fools prank… pic.twitter.com/Afxfjwv38n

We reported in July that Canada’s government is investing $6.5 million (C$8.5 million) in a new production plant that will produce cricket protein for pet and human food, Agriculture and Agri-Food Canada said in a statement. The facility will be run by Aspire Food Group, whose “vision is to celebrate, innovate, and advance responsible farming and healthy eating of insects,” according to the company’s website.

The facility, housed in London, Ontario, is expected to house four billion crickets and produce 13 million kilograms of cricket protein per year, according to CBC News.

The decision to introduce insects into the mainstream food supply is an environmental one.

“Alternative sources of protein such as insects provide an opportunity for Canada’s agriculture and agri-food sector to more sustainably meet global demand for food,” said Agriculture and Agri-Food Canada. “Aspire’s the goal to tackle global food scarcity led to its focus on edible insect production, which can provide high volumes of nutritious food with a low environmental footprint.”

The government acknowledges that eating insects is a new practice but is investing in it for the good of the environment.

“Food grade processing of insects is still relatively new for Canadian agriculture. However, alternative sources of protein such as insects provide an opportunity to more sustainable [sic] meet global demand for food by using less water, energy and space and emitting significantly less greenhouse gas emissions during the production stage.”